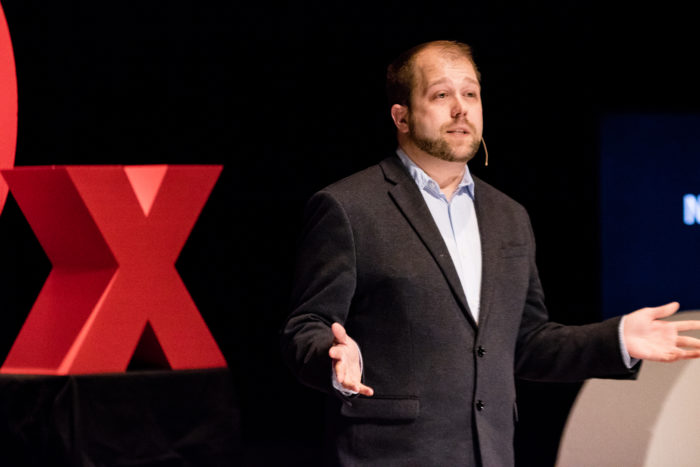 "LGBTQ youth are forgotten even by members of the LGBTQ community," writes advocate Nate Monson in this thought-provoking commentary. -promoted by desmoinesdem

Since 2007, I have served as the executive director for Iowa Safe Schools, a non-profit founded in 2002 to support LGBTQ youth through education, outreach, victim services, and advocacy. The organization works on the overall improvement of the queer youth experience for thousands of students across the state. The queer experience is the culmination of events and relationships a person has based on their LGBTQ identity. LGBTQ students are more likely than their heterosexual peers to experience a range of issues such as bullying, homelessness, and suicide.

In early April, I gave a Tedx Talk at Wartburg College about the Post-Modern Queer Youth Experience.

Working in the LGBTQ equality movement for over a decade has given me a front row seat to its inner workings. What I've found is that LGBTQ youth take a back seat in this broader conversation on equality, even though LGBTQ youth represent one of the most marginalized and at-risk populations.

I am in a position of a lot of privilege and power, being white, male-identified, cisgender, Christian, able-bodied, and from a middle-class background. The advancements of LGBTQ equality over the last decade--employment protections, housing protections, and marriage equality--have benefited individuals in my social position the most. I do understand that marriage equality has helped millions of Americans, including those who are now recognized in relationships with immigrants or who can make health care decisions for their significant other.

I would strongly argue that while those protections are important, they pale in comparison to the plight many LGBTQ youth experience, which we still see far too often today. This last month we heard about a 9-year-old, Jamel Myles, who completed suicide after coming out as gay. While marriage equality is a common good, it shouldn't be the pinnacle of our movement towards equality.

Let's first look at why marriage equality became the issue. Who does marriage benefit? Adult LGBTQ persons. When I first started with Iowa Safe Schools, a field organizer from a national LGBTQ organization came to Iowa to meet with advocates. The idea was to talk about what should happen now that Iowa had non-discrimination and anti-bullying protections. It was a very important conversation, and as someone ready to get to work right out of college, I was pumped to attend.

What happened at that meeting was a focus on marriage equality alone. When I inquired about other issues impacting LGBTQ youth, such as homelessness or beefing up our anti-bullying law, this national staff person asked me, "Do LGBTQ youth vote and do they donate?" The implication was the focus on LGBTQ rights could only be about who gives money and who can get out to vote. I have heard similar questions throughout my career.

LGBTQ youth are forgotten even by members of the LGBTQ community. Recently I worked the Iowa Safe Schools booth at Mason City Pride. A very nice lesbian couple came up, talked to me for a minute, and replied, "We don't have kids so this doesn't matter."

How can LGBTQ adults think the needs of LGBTQ youth don't matter? I can remember the many times being called a fag while growing up. I can remember feeling scared to come out. I can remember being in school and knowing I wasn't the same as everyone else, but I should never tell anyone. That is part of nearly every single LGBTQ person's life story. Our mutual queer experience has fear and rejection mixed together with the celebration of finally being able to be ourselves. But as LGBTQ adults, we aren't investing or moving the needle on this.

This is a plea to my LGBTQ family members. Next time you have an opportunity to invest in the LGBTQ rights movement or volunteer your time, think about ways you can support LGBTQ youth. We as LGBTQ adults need to focus less on wedding cakes and more on how we can get LGBTQ youth to their next birthday cake.

You can do this by donating to a number of wonderful LGBTQ youth non-profits like Iowa Safe Schools, GLSEN, or The Trevor Project. You can volunteer your time with Big Brothers Big Sisters and be open about your identity so they can partner you with a youth who needs a role model. There is a huge need in our state for more LGBTQ foster parents, and I encourage you if you are able to open your homes for a LGBTQ youth who needs a family. I know too many students who are suffering. You can make a difference today for LGBTQ students. We can all create a future where suicide is never an option for an LGBTQ child.

As we reach that 10th anniversary of marriage equality in Iowa, let's work towards a future where all of us can benefit.