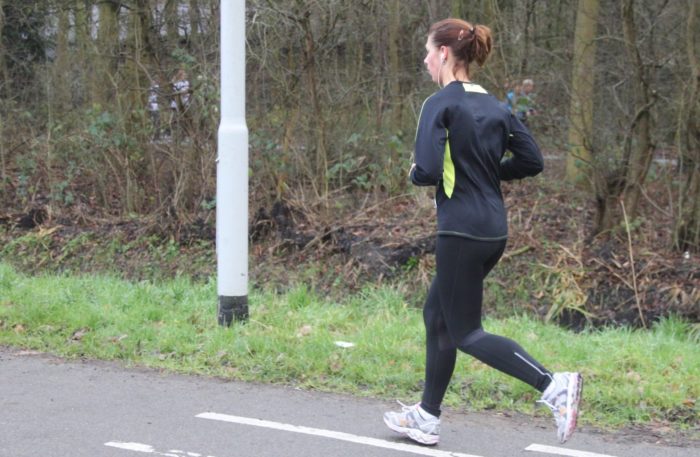 How safe do you feel? Your gender likely influences your answer

Amanda Hardy teaches at a state university and is a licensed mental health counselor in Iowa. -promoted by desmoinesdem

I teach a course on poverty and housing at one of our state universities. Every year, I ask my students to explore issues relating to privilege very early in the semester. I believe it is necessary to be constantly reflecting on the ways our positions and experiences play in our thinking and doing while we address heavy and often divisive topics like inequality. I have been teaching this particular course for seven years.

I adopted this particular exercise (an adaptation of Dr. Renee Cramer’s “Continuum of Identities and Experiences”) as a means to begin our conversations and personal reflecting in the fall of 2016. While being intentional and reflective on the role of our personal experiences was always a central part of my course, I--like most instructors--was on the lookout for a better way to enhance our learning and engagement around this issue.

I had some viral videos on the internet that demonstrated various iterations of an exercise often referred to as “the line.” While I like the visual and tangible element of these exercises, I also had read some “reviews” of these, which indicated they could feel very exploitative. Dr. Cramer’s exercise is intended to be more inclusive, rather than exploitative. It is designed to demonstrate that we all have a multitude of experiences and identities – some similar to our peers and some extremely unique and diverse. I have added a few questions of my own to the ones provided in the summary of the exercise and omitted others (time or relevance dependent).

In humanities courses, there are often more female identifying students than males enrolled. This isn’t necessarily a new phenomenon, but helpful background information. It is not the issue this writing addresses; however, it is helpful to acknowledge the imbalance. Without looking at all my stats on enrollments, I would say that, on average, in a classroom of 80 students (typical size), there are general 10 or fewer men-identifying students enrolled.

At the start of the semester, I did the exercise described above. This course has 70 enrolled undergraduate students. Six of the students identify as male. This is a 300-level course, and the average age of the students is 20 years old. One of the questions asked, “how far from the university did you grow up”; from that response, I can say without a formal count that the large majority of the students were from Iowa or the Midwest. One student grew up in another country.

With each question I asked if students wanted to share, and with this one I asked if they were surprised at the placements on this questions. We engaged in a discussion. In fact, this question elicited the most response from the students. The tragic death of Mollie Tibbets was mentioned as one reason that some women placed themselves closer to the "hardly ever" side over the "most of the time" side. There were rumblings of agreement about how this situation also affected their placement on the continuum.

One woman mentioned that having a boyfriend who has a license to carry a concealed weapon and a background in the military increased her feelings of safety. Another one said that people carrying concealed weapons is one of the reasons she placed herself on the feeling less safe side.

Many women began sharing their regular and daily thoughts about the actions they go through to feel as safe as possible – all the “tips” we’re all told. One example we laughed about was putting your keys in between your fingers when you’re walking. I asked the men if this was something they also did and they offered blank stares and shook their heads. The laughter came when I said, “See, it’s not even a thing for them.” The intention here wasn’t to single out the men, but to highlight the “different realities” we are living in.

Following this, one man raised his hand to share. His face demonstrated a lot of care and concern from my interpretation and he essentially apologized to his female peers. He expressed that while he wasn’t entirely surprised to see a split in the classroom along these male/female lines he was a bit taken aback by just how pronounced the gap was – truly a clump of men in one area and a clear space before the women’s grouping. He was quite reflective and said that he truly didn’t know that so many of his peers – the friends he’s had classes with and socialized with for years – felt this way.

From my assessment, he was struggling with what to say or do with this realization. Which is, in essence, exactly what this exercise is all about. To summarize a quote from another one of the male students, “Holy shit! I really had no idea so many people in my life probably don’t feel safe...like all the time.”

As I noted, I have used this exercise for a few years now and these results (a clear split) have been consistent.

Amanda Hardy is teaching faculty in Human Development and Family Studies. She has been a faculty member in the since 2011 upon the completion of her doctorate. She also holds a master’s degree in psychological counseling and is a licensed mental health counselor in the state.