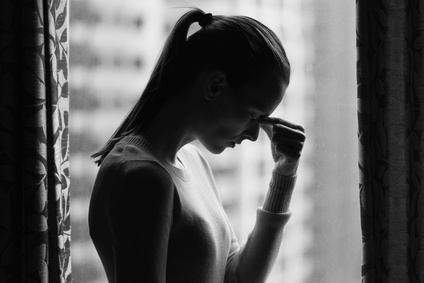 This is why I didn’t report my assault

Alexandra Rucinski is a patient advocate for Planned Parenthood and an activist for sex education and reproductive rights. -promoted by desmoinesdem

I was talking to my now fiance; we'd been together for a bit at this point, and we were talking about sex. Out of the blue, I asked him if he was beginning to have sex with someone, and then they changed their mind and asked him to stop, would he stop?

He very quickly responded that yes, he would immediately stop and that if he didn’t stop, that was rape.

I had blocked so much of what had happened from my mind, but not completely, because I still felt the need to ask him that question, and I think the saddest part is that his answer surprised me. Growing up a rapist was a stranger in the shadows, not a boy I met in a church dance, not my first boyfriend. I’d heard the term "date rape" and didn’t really know exactly what it meant. I naïvely thought it meant that someone raped you when you went on a date with them.

Before you laugh, please know I was very sheltered. Sheltered by a religion that never once taught me a single thing about rape, but did teach me my clothes could affect the behavior of the men around me. A culture that blamed me for my violation at every turn.

I think when we talk about abstinence-only education, we really need to explore the ways in which it leaves young women severely vulnerable to sexual assault and rape. Conservative communities breed a culture of shame, silence, and sexual abuse. When you aren’t supposed to be doing anything sexual in the first place, how do you know that you’ve been raped, and then who do you tell?

After my rape, I went to my Mormon bishop to repent. I told him I had done everything except have sex, and I needed forgiveness. I didn’t tell him I was raped because I didn’t know I had been raped, and for years I did not know. I didn’t have the language for consent and especially on-going consent. I just thought I let things go too far, and like most women, I blamed myself. I told him to stop, he didn’t stop, and I blamed myself.

There are many reasons why women don’t report their assault. For me, it’s because for years I did not even know what date rape was, or that I had been raped. It took years to come to that painful realization, and when I finally said it out loud, then it became real. I told a family member who happens to be close friends with my rapist. He accused me of making it up. That was nearly as painful as the assault itself; not being believed hurt me deeply.

I’ve never confronted my rapist. I don’t think I ever will, but if I found myself in the shoes of Dr. Christine Blasey Ford and Deborah Ramirez, and someday my rapist ran for office or for any other serious significant leadership role like a Supreme Court omination, I would publicly say something. I would feel like I had to say something.

But right now in this moment, I don’t plan to report my assault. It happened; it was real. I will live with it for the rest of my life, and truthfully all I want is to be believed when I say this happened to me. Many women don’t even want or seek justice, we just want to be believed when we finally gather the courage to say it out loud.