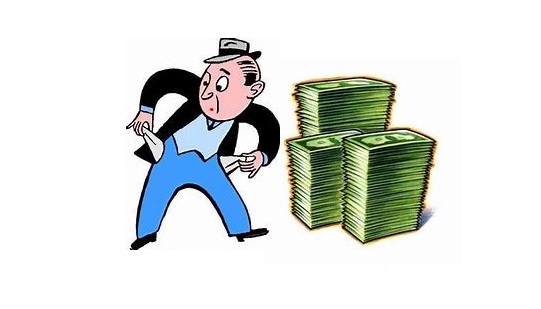 A managed care company that left the Iowa Medicaid program last November financially engineered its first quarter report to state regulators this year, even as it dragged its feet in paying Iowa medical providers for claims that were then more than 90 days old.

AmeriHealth Caritas Iowa, Inc. claimed in its calendar first quarter filing with the Iowa Insurance Division (IID) that general administrative costs to run its Iowa operation totaled $20 million. But at the end of June, the company reduced that expense to $6 million without explanation.

AmeriHealth ignored questions about the discrepancy when first asked about it on August 9. Both the company and the insurance division have rebuffed repeated questions about this matter. Both claim the company’s first quarter financial report is correct. Neither saw any reason to include a “subsequent event” footnote to explain what happened.

This month, the company issued a statement saying it was in full compliance with accounting standards.

AmeriHealth Caritas Iowa’s financial filings are prepared in accordance with actuarial standards and principles as required by IID rules and regulations. A “subsequent event” footnote was not required according to industry accounting principles because quarterly financial filings include estimates and are reported on a cumulative basis, reflecting the financial status for the year to date at the time of filing.

We continue to work closely with the state during the decommissioning process to help ensure that we are meeting our contractual and other regulatory obligations.

State officials seemed unconcerned about the matter – the insurance division terming it a “bad estimate,” and the Department of Human Services not bothering to return requests for comment. AmeriHealth will not be required to file an amended financial report.

“The Company appears to have over-estimated its unpaid expenses at the end of Q1 and adjusted for the over-estimation in Q2,” wrote IID spokesperson Chance McElhaney in an email. “This adjustment had the effect of decreasing the expenses by approximately $14 million. Adjustments of this type occur to financial statements of all insurance entities in that expenses are estimated.”

“The Company continues to comply with all Iowa requirements to maintain its certificate of authority,” McElhaney added.

AVOIDING A FEE FOR INSURANCE PROVIDERS

At issue is a $14.8 million transfer that AmeriHealth made in the first quarter from its reserve accounts to its general administrative expense line. The money had been set aside to pay the company’s estimated share of the Health Insurance Provider Fee, levied by Congress to help finance provisions of the Affordable Care Act.

The largest health insurers in Iowa set aside a combined $86 million in their Q1 statements to pay their share of the fee this year, the same way AmeriHealth did. The actual amounts due were not calculated until August, which is why the reserve transfers were estimates. The fee was set to raise $14.3 billion nationwide this year from more than 1,000 health insurance companies.

By booking the fee as an expense in Q1, AmeriHealth showed a net loss of $7.3 million at the end of the first quarter. By the end of the second quarter, when the fee vanished from AmeriHealth’s expense schedule, net income was $18.8 million, a $26 million swing in the company’s fortunes due to little more than a few keystrokes.

Unlike the other Iowa health insurers, AmeriHealth – along with 220 other companies nationwide — did not pay the fee this year. The company filed a reporting form with the Internal Revenue Service in mid-April showing it had no health insurance premium income in Iowa during 2018. AmeriHealth filed its Q1 financials in May. IRS subsequently determined AmeriHealth Iowa did not owe the fee.

The quarterly financials, filed on a standardized form published by the National Association of Insurance Commissioners, includes an attestation by three corporate officials that the financial statement “is a full and true statement of all the assets and liabilities and of the condition and affairs of said reporting entity as of the reporting period stated above […].”

Deep in the bowels of its Q1 financial report (enclosed below), AmeriHealth disclosed in footnote 13(i) that as part of the Congressional wrangling earlier this year to avoid a government shutdown, a moratorium on paying the fee was in effect for 2019.

The fee in question is much-disliked by the insurance industry. The trade group America’s Health Insurance Plans (AHIP) characterizes it as an onerous sales tax that drives up insurance costs.

The health insurance tax (HIT) is a $100 billion+ sales tax on health insurance that hits nearly everyone, increasing the cost of health coverage for individuals, small businesses, seniors, states, and taxpayers. For example, families in the small-employer market could see their premiums go up an additional $7,000 over the next 10 years because of this tax. AHIP will continue to push for a full repeal of the health insurance tax because it makes health care less affordable for the very people who need the most help affording health care.

The fee is also a central question in Texas v United States, a federal suit filed three years ago by the Lone Star state and five others, which challenges the constitutionality of the fee. The six states claim the fee requires states to pay millions in taxes to the federal treasury or face reductions in federal support for their Medicaid programs. The case is winding its way through the federal counts and may end up before the U.S. Supreme Court.

This summer, AmeriHealth reported it still owed $14.6 million in unpaid claims submitted last year by Iowa Medicaid providers. The Health Insurance Provider Fee involves a similar sum of money but is not related to the unpaid claims amount the company disclosed at the end of the second quarter.

When it left the Iowa market late last year, AmeriHealth was the state’s largest Medicaid carrier. The company reported a net loss of $169 million on its Iowa Medicaid business during 2017, according to insurance filings.

The Iowa Department of Human Services had no comment about how the company’s Q1 and Q2 financial reporting affected the $7.9 million in capitation payments the state Medicaid program has made to AmeriHealth so far this year. Capitation payments are made to cover the costs of medical services a managed care organization expects to pay for its members. The state’s most recent Medicaid quarterly report does not explain why money was paid to AmeriHealth, since the company has no members in Iowa.