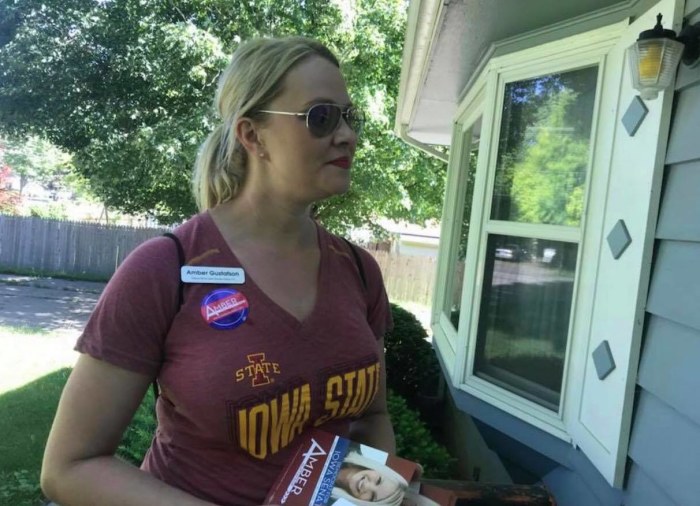 Anyone who has knocked doors in Iowa has probably experienced the depressing phenomenon Allison Engel describes. -promoted by desmoinesdem

On Saturday, October 27, as I was door-knocking in Johnston for Democratic candidates, I had a depressingly familiar experience. A middle-aged man answered the door, and I asked to speak to his wife, a registered Democrat, by name. He saw the campaign flyers on my clipboard and without a word, slammed the door in my face.

All volunteer canvassers get doors slammed in our faces occasionally, but in this election cycle, there is a noticeable and alarming trend for men not to allow their wives or adult daughters to come to the door to listen to us or receive our literature. It has happened to me every time I’ve door knocked over the past four months. A few weeks ago, I had a father brusquely tell me that his daughter wasn’t home when I could see her standing right behind him. To her credit, she said, “Yes, I am,” and proceeded to fill out an absentee ballot request as he seethed.

The political gender gap is more pronounced than ever, commentators are telling us, but my fellow volunteers and I know that without seeing any polls. For the past several weeks, I have hosted dozens of door-knocking canvassers, and many have returned with similar tales of men denying access to the women in their households. I have not heard one instance of a woman denying access to a man she lives with.

This summer and fall, when I took my clipboard to farmers’ markets, signing up people to vote by mail, I quickly learned that I had better luck talking to women alone than talking to couples. All too often, when I spoke with couples, the men did all the talking. And, quite often, when men informed me they both were Republicans, the look on his silent wife’s face sent me a different message.

When I volunteered at the Democratic booth at the Iowa State Fair in August, it was striking to observe the Republican booth across the aisle and notice how few women stopped there. (Maybe the life-sized cutout of Donald Trump scared them off.) We Democrats attracted an even gender mix, but it was not uncommon for women to tell us they couldn’t have a yard sign delivered to their home because their husbands wouldn’t approve.

In Iowa, where fervor for the sports teams of the two largest state universities runs high, people’s homes often have flags or door signs displaying their allegiance to either the cardinal and gold of Iowa State or the black and gold of the University of Iowa. For households with alums from both schools, stores sell banners and signs that proclaim “A House Divided,” with the Cyclone logo on one side and the Hawkeye logo on the other.

In this political climate, “A House Divided” has come to mean that men and women living together have different party affiliations. I certainly hope that these women who are being silenced will vote according to their beliefs and not be cowed by the men in their lives.

Allison Engel has been a reporter in Des Moines, San Francisco, San Jose, Los Angeles and elsewhere. After living in Southern California for 18 years, she and her husband recently moved back to Iowa to volunteer for Democratic candidates. 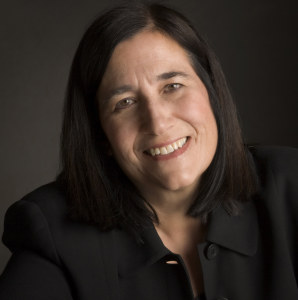