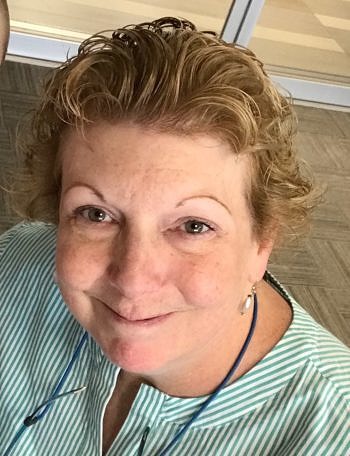 Leslie Carpenter is an advocate for improving the treatment of people with serious mental illnesses in Iowa and across the country. -promoted by desmoinesdem

While speaking at the National Alliance on Mental Illness Iowa Annual Conference on November 16, Iowa Department of Human Services Director Jerry Foxhoven advised the attendees that it was a good thing that two of the state's four in-patient mental health institutions (MHIs) were closed, and that we have moved to community-based care. He further shared that it was a good thing to go from more than 700 beds to the current level of 64 beds for adults in the whole state.

We should recall that this reduction of state-operated acute care beds has caused Iowa to be ranked 51st by the Treatment Advocacy Center.

A minimum of 50 beds per 100,000 people is considered necessary to provide minimally adequate treatment for individuals with severe mental illness. Like every state, Iowa fails to meet this minimum standard.

I have to say that as the mother of a child (now adult) with a serious mental illness who has been hospitalized 20 times over the past ten years and had to wait days and weeks at time to secure a bed for him, while he was a “danger to himself or others,” I was deeply offended that Foxhoven would think this was a good thing.

For those who might not know the impact of the closure of the MHIs in Iowa, let me explain:

It is the plain truth that not all patients with serious mental illnesses can successfully live “in the community.”

While we all wish for and hope for all people with a serious mental illness to “recover,” the sad reality is that not all do. To deny that is to neglect these people. I’m not ok with that. Rather, I feel compelled to advocate for them to receive the treatment in whatever setting they need to be as healthy as possible. Anything less is inhumane.

Unfortunately, many people who don’t get access to the care they need end up homeless, jailed, in prison, or dead. Here is further statistical information from the Treatment Advocacy Center.

Like every state in the nation, Iowa incarcerates more individuals with severe mental illness than it hospitalizes.

(SOURCE: More Mentally Ill Persons are in Jails and Prisons than Hospitals: A Survey of the States, Treatment Advocacy Center, 2010)

About 33 percent of those incarcerated in Iowa prisons have a serious mental illness, and another 24 percent have some other chronic mental health diagnosis, according to the Iowa Department of Corrections Position Paper published in January 2017.

All of these things have happened right here in Iowa as a result of closing the MHIs and the heartless gutting of our mental health care system. When you add Medicaid privatization problems on top of that, the tragedies abound.

My husband and I had just returned from a trip with other Iowans, which was coordinated by the Treatment Advocacy Center to allow us to see how some counties in Ohio have been implementing Assisted Outpatient Treatment for many years. The goal was to facilitate us bringing this concept to Iowa more extensively. What we learned provided a stark contrast to Director Foxhoven's comments.

What we saw in Ohio's civil mental health courts was the most compassionate and true wrap-around care of individuals with a severe mental illness that I have ever witnessed. These people have spent most of their careers putting the well-being and mental health of each individual as their top priority. Comparing what I have seen in Iowa hospitals, clinics, residential care facilities, and group homes to the caring actions and words of the judge, lawyers, and case managers in an Ohio civil mental health court was stunning. If we could bring that level of compassion and caring to the system of care in Iowa, just imagine the lives we could improve and save. But I digress...

I spoke up at the end of Foxhoven’s speech, probably with more emotional passion than I should have. However, I refuse to stand by and let him think that his comments and attitude were acceptable. It’s quite possible that people in that room had lost family members due to the MHI closures. To not have a sensitivity to that reveals a lack of compassion and a lack of understanding of the exact nature of the mental health care crisis here in Iowa. We still are ranked dead last compared to every other state in our country.

I believe we need a full continuum of care, from outpatient and community services, to acute care hospitalizations, to sub-acute care to help with transitions out of the hospital, to long term care options that are both public and private. Currently in Iowa, we have too few of all levels of care along this spectrum.

If anyone out there agrees with me, please feel free to email Director Foxhoven and let him know.

Now, I know they will not likely create more state level long term care beds. And yet, if we don’t speak up for these people who can’t advocate for themselves, who will?

Leslie Carpenter is an advocate for improving the treatment of people with serious mental illnesses in Iowa and across the country. She is the President-Elect of the NAMI Johnson County Board of Directors and teaches two of NAMI's signature programs: Family to Family and Provider Training.