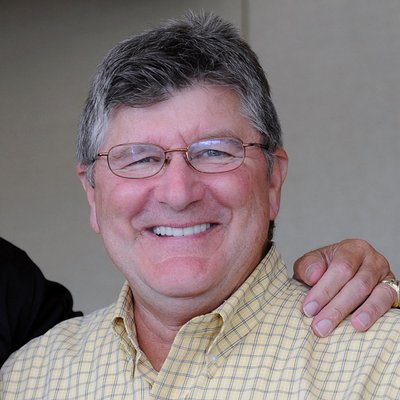 I get sports. I watch sports. I'm a fan. Many of us are. When we see men and women do amazing things while wearing shirts with the names of the communities we belong to, it makes us feel good.

There are all kinds of psychological studies, like this one, that try to explain why we are so invested in contests that in few ways affect how we live our lives. But the bottom line is, when our teams win, we feel better. We win, a little. And when they lose, we don't feel as good.

Sports has gotten a lot of attention recently in Iowa, and not only for on-field feats. University of Iowa basketball broadcaster Gary Dolphin was suspended for two games. Believing his mic was off, the longtime announcer ripped into the team with some choice comments, and one player, Maishe Dailey, in particular. (If you haven't listened to the tape, you can do it here.)

Broadcasters are fans, who are paid to stoke other fans' appreciation in the teams. The veneer of so-called "professionalism" -- never rooting over the air -- generally deteriorates the farther down the level of sports expertise you go. Major-league announcers, while focusing on the teams that employ them, are still expected to call it even. So, except for a few ignominious exceptions, you'll hear an announcer praise the other team for a good play rather than blast the good-for-nothing overpaid bum who just threw a pick-six or hit into a rally-killing double play.

Big-time college football and basketball, which Iowa plays, are not considered "professional" (a different argument for a different time). But both sports vacuum in billions of dollars each year, and billions more are bet on the games' outcomes. College football and basketball have produced fanaticism unmatched in professional sports. (The NBA has never had a gambling scandal; NCAA basketball has had many.) And the announcers calling those games have nowhere near the restraints of major-league announcers. Bob Ufer was an unabashed rooter for "Meee-chigan" over the air.

So when Gary Dolphin ranted about the fortunes of the Hawkeyes in what he believed was an off-air moment, he was being a fan. Which brings me to my point:

Aren't we all overdoing it?

As a former sportswriter who covered professional, college, high school and youth sports in four states, I felt the need at times to comment on a player in a slump. But never did it occur to me to criticize him or her. Hell, I knew I couldn't dribble-penetrate, block a bull-rushing defensive tackle, bury a three with a hand in my face or accomplish any of the other performances that bring paying customers to their feet. And I knew the folks broadcasting the games couldn't, either.

When we feel that the world is caving in on us, whether because of our jobs, or our personal lives, or because of how screwed-up things are in Washington, the need to find some joy in something becomes more urgent. And when the people we depend on to supply us that joy fall short because of very human foibles, it becomes easier to blame them for the way we feel.

But if Gary Dolphin -- and there have to be scores more like him -- feel the need to criticize a 20-year-old for not giving him, Gary Dolphin, the pleasure he deserves, then that's our fault.