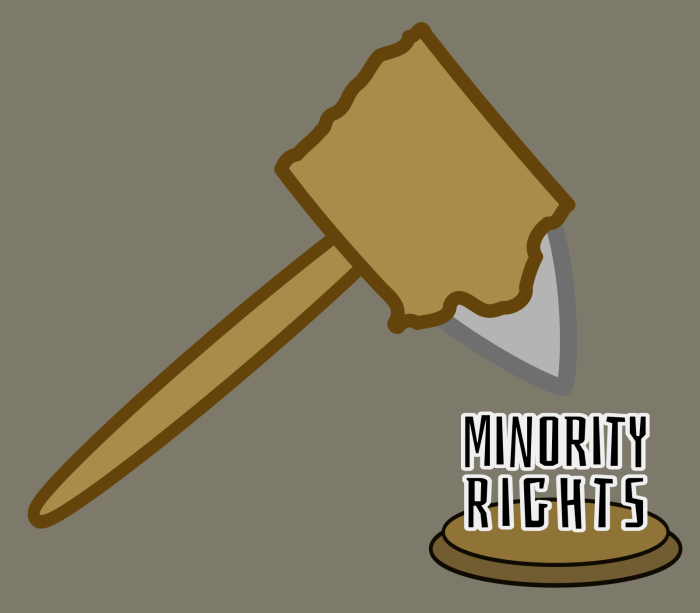 Iowa has long been one of the worst states for racial disparities in the criminal justice system. Gwen Hope reviews some depressing relevant data. -promoted by desmoinesdem

If you've been convicted of falling short of the law in Iowa, it pays to be white. This is nothing new, racial bias nationwide has long been a known and understood problem rooted in the prejudices of the past and present. How much bias, however, might surprise some people.

This is nearly 2019, after all, many white Americans live as if racism is a thing of the past no longer dealt with in their illusory post-racial modern world. In 2018, the evidence here in Iowa shows the continuation of one of the longest, most abhorrent trends in US history - white privilege, black punishment.

This racist bias supports continual force, whether conscious or unconscious, to disenfranchise the black citizen. Our justice system could not be more inaccurately named. Bias in enforcement and judiciary make it much more difficult for your typical person of color to establish themselves economically and socially. Nearly 38 percent of those who go to prison in Iowa return there after release. The world is weighted against former inmates - employment and housing discrimination limit the two most economically important fundamentals to productive citizen life. This weight often drives these individuals back into less-than-legal activity to survive.

By systematically selecting black citizens for prison above their white counterparts, it necessarily and repugnably pushes people of color away from the autonomy and rights of citizenship in the same vein that the white population enjoys. Employers are already much more likely to pass over resumes and applications from people of color, as many studies have shown, and adding convictions and citations upon peoples' records only serves to make it harder, yet again, to establish oneself as economically and socially stable.

These barriers to re-entering society are always steep and the system knows it. In addition, the cost of ethically imprisoning a human being is expensive. Thus, for both social and economic reasons, most offenders are not incarcerated. Instead, they are put through a variety of interventions known as Community-Based Corrections (CBCs). Some of these CBCs are common terminology for us - parole, probation, treatment programs.

Probation and treatment programs in lieu of incarceration benefit not only the state's coffers but also the offending individual who, instead of walls and bars, can often quickly return to employment, family, and friends. In the clear bias demonstrated by the data, the state has declared that black individuals are less deserving of these lesser punishments due to their skin color.

Another insidious fact: while people of color are being arrested, controlled, and incarcerated at a much higher rate than white citizens, this disparity leads to a blind eye. Of white offenders who the system would say typically deserve incarceration, 20 to 25 percent are instead given lesser punishments than they would otherwise receive in a racially equal system.

The already-disadvantaged person of color is further and unduly punished by the state, perpetuating and expanding the injustice. More economically secure for many historical and current reasons, white individuals are more likely to be able to post bail, afford suitable legal representation, and, most importantly, afford a stable, safe quality of life which is the largest causative relation to crime. By targeting people of color, the system inherently feeds back into itself, making socioeconomic stability more difficult, and inevitably exposing the vulnerable people groups again and again to the prejudices of our society with no recourse to mend and defend themselves.

The 2018 population estimates show only 120,000 African-Americans living here in Iowa of the 3.145 million who call this state home. That's roughly equivalent, according to Pew, to the amount of Presbyterians in Iowa. Imagine if one in four Iowa prisoners were Presbyterian. Imagine if a Presbyterian were more likely than, say, a Lutheran, to be sentenced to prison instead of probation for the same offense. Maybe someone, perhaps right-wing, would decry the systematic targeting as religious persecution.

This persecution isn't imaginary. It's real, rooted in racism, and clinging to our underbelly like gravel dust to a rural Iowa vehicle. It needs to end because black lives do matter, and the only reason we have to say that is because the system now tells us "no, they don't."

Gwen is a queer trans woman in her mid-20s who was born and raised in central Iowa. A diverse generalist, Gwen's passion lies in speaking, writing, community education, and activism. One can find her periodically lecturing at DMACC as a guest speaker.