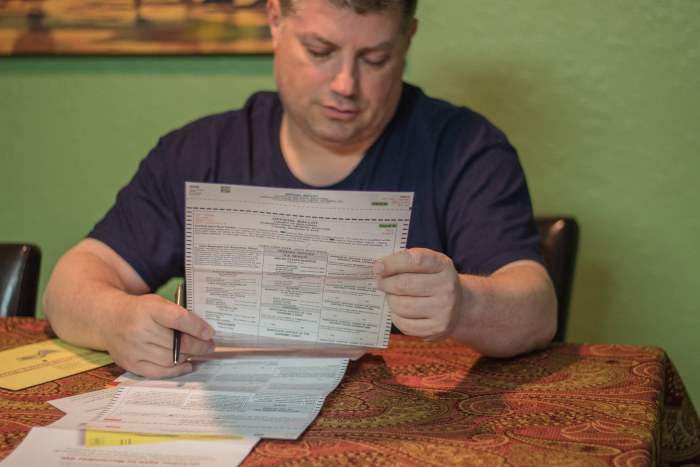 Fourteenth in a series interpreting the results of Iowa's 2018 state and federal elections.

The November election was the first since Republicans shortened our state's early voting window. Proponents of the 2017 law, best known for requiring voter ID, never made a case for limiting early voting. Nor did they produce evidence of any problems caused by allowing Iowans to cast ballots 40 days before elections. (County auditors needed to have ballots ready anyway, since federal law requires them to send overseas military ballots 45 days in advance.)

The power play was inspired by a simple fact: Iowa Democrats rely more on early voting than do Republicans. Switching from 40 days to 29 gave Democratic volunteers two fewer weekends to "chase" absentee ballots.

Now that the statewide statistical report on the 2018 general election is available, we can see how early voting played out in a compressed time frame. Bleeding Heartland previously discussed notable findings on turnout rates for Iowans of different political affiliations, age groups, and gender.

Note: All figures in the tables below come from statewide statistical reports available on the Secretary of State's website. Those documents list the number of "absentee" voters in each category, directly below the "total voted" in that group. Here, "absentee" refers to all ballots cast before election day by any means: mailed ballots or early voting in person at a county auditor's office or satellite location.

On to the takeaways:

Turnout was unusually high in November for a non-presidential year. So in absolute terms, more Iowans voted early in 2018 than in any previous midterm election. But the percentage of Iowans who cast ballots before election day (40.3 percent) was a bit down from the 2014 election (41.0 percent).

The last two presidential elections also saw a slightly higher share of Iowans voting early: 43.2 percent in 2012 and 41.3 percent in 2016.

Those trendlines don't prove that reducing early voting to 29 days suppressed votes. Maybe the majority of politically engaged Iowans would never consider voting early, so even the best GOTV tactics would not significantly increase the percentage of votes banked before election day.

But it's also possible that some Iowans who intended to vote early failed to return their ballots quickly enough, or had trouble getting to a voting location, due to the shorter window. And logistically, it's hard for field organizers and volunteers to make the same number of reminder calls or door knocks in eleven fewer days.

One trend didn't change in 2018: most Republicans vote on election day, while about half of Democrats cast early ballots.

Voters affiliated with no party are even less likely to vote before election day than are Republicans. Perhaps they are simply less politically engaged; as a group, they consistently vote at lower rates than partisans do in non-presidential years. Alternatively, independents may simply receive fewer mailings and knocks at the door urging them to request an absentee ballot.

3. The oldest voters are still the most likely to vote before election day.

Senior citizens are Iowa's most reliable voters by far, and most of them get their civic duty out of the way early. That makes sense, given the number of elderly people who reside in assisted living facilities or cannot drive themselves to the polls.

In each of Iowa's last five midterm elections, the oldest voters had the highest rate of absentee voting.

Iowa women have long been more willing to vote early, in presidential elections as well as midterms. I haven't seen any research on this question, but I would guess it is linked to women's family obligations. An emergency preventing a voter from getting to the polls on election day is more likely to affect a primary caregiver to children or older relatives.

Any comments about 2018 voting trends are welcome in this thread.