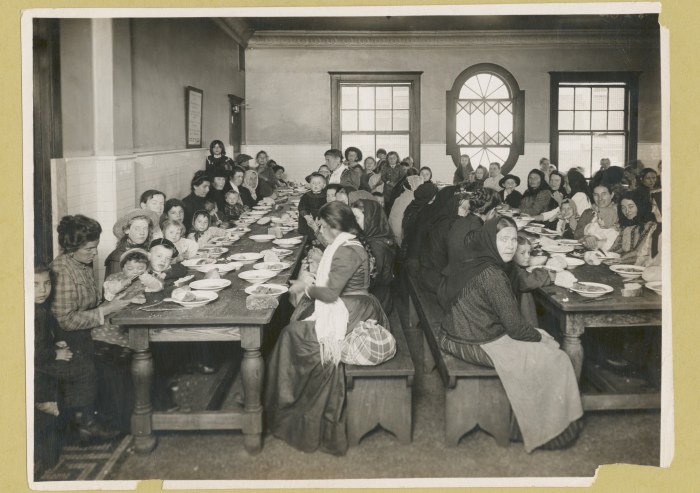 What Steve King should learn from his own background

Embattled Iowa Republican U.S. Representative Steve King declared recently he was descended from abolitionists, presumably trying to put a better face on his racist and anti-immigrant utterances that finally caused the House to strip him of his committee assignments. This leaves our state without representation we deserve and are paying for, but at least his words now carry less weight.

Understanding King’s background is essential to comprehending how a growing number of Americans, young and old, are ignoring or rewriting history to embrace hatred of “the other.”

A year ago, I researched King’s family tree in order to write a short play, Meet Steve King’s Ancestors!, that I had actors perform at fundraisers for his opponent, J.D. Scholten. In my research, I did not run across abolitionists. What I did find was the origin story of most Americans: immigrants fleeing poverty for a better life, enduring tragedy and discrimination, and contributing to society.

King is justly proud of his hard-working German ancestors, which makes his anti-immigrant stance all the more confounding.

It certainly can’t be the question of legal or illegal immigration, because when his maternal great-grandparents arrived at Ellis Island from Schleswig-Holstein, Germany, on March 26, 1894, almost everyone was allowed in. Unless you were a prostitute, a convict, a contractor laborer, a lunatic, an idiot, a felon, a polygamist, suffering from a contagious disease or had someone else pay your way, an immigrant was welcome.

Heinrich Harm and Augusta Johanna Wieck Harm, along with their children Freda, 4, Julius 2, and Anna, six months, were five of the 648 passengers on the S.S. New York who were processed through Ellis Island that day in 1894. Conditions on these immigrant ships were arduous, and the Harm’s infant daughter died within a month. By that time, the family had made its way to Rock Branch, Iowa, joining many other farmers from Germany drawn to Iowa’s rich soil. In fact, a now-defunct town near Rock Branch was named German City. The state had its own daily German-language newspaper, Der Demokrat, and there were church services held in German, just as the Danes, the Norwegians and the Swedes pouring into Iowa worshipped in their own tongues.

Freda married Jay Cecil (J.C.) King, who was born in Missouri to immigrant parents. As a young man, J.C. struggled. He was a hobo, riding the rails throughout the Dakotas, Missouri and Iowa looking for odd jobs. He’d jump on slow-moving freight trains, keeping a lookout for the railroad Pinkertons who would have jailed him. He was homeless, staying in hobo camps, where he used his shoes as a pillow so they didn’t get stolen.

The government helped him put down roots. He joined the National Guard and moved to Woodbury County, where he met Freda. The couple had a daughter and six sons, one of them Steve King’s father, Emmett.

Freda was in no hurry to learn English, which makes it mystifying that her grandson is the leading proponent of English-only bills that include testing immigrants for English language ability. In a May 2016 interview with ProEnglish, billed as America’s leading English language advocacy organization, King told this story about his father. “When he went to school on his first day of kindergarten, he was speaking only German and it must have been very confusing for him to go to school that day. But when he came home and he said ‘hello’ to his mother in German, she turned to him and said, ‘Speaking German in this household is for you from now on verboten. I came here to be an American, and you will go to school and learn English and you will bring it home and you will teach it to me.’

The ProEnglish interviewer replied: “That’s incredible. It’s a story you can tell all around Capitol Hill.”

If you do the math, this story reveals that Freda Harm had been a non-English speaker for three decades in Iowa. She came to America at age 4, married at 29, and this incident occurred when her third child was old enough for kindergarten.

At a public forum last summer, I asked King why he expected current immigrants to conduct business only in English when it took his own grandmother three decades to begin to learn the language. He hemmed and hawed and took some rhetorical detours about his family’s military service. When I repeated my question, he finally said his grandmother hadn’t had a way to learn the language earlier.

As with today’s immigrants, King’s ancestors surely must have felt the sting of discrimination. Especially after World War I broke out, everything German became suspect.

Iowa’s governor signed an order, “The Babel Proclamation,” that said all Iowans could speak only English in public or be fined $100. German street names were changed. Dachshund dogs were renamed “liberty pups.” Sauerkraut became “liberty cabbage.” Der Demokrat shut down.

If people suspected you were loyal to the German fatherland, others in your community might paint your fence posts yellow or require you to publicly kiss the American flag. In Davenport, Iowa’s version of the Statue of Liberty – a statue of a woman, Germania, with outstretched arms welcoming immigrants arriving by steamship – was first painted yellow, and then taken down.

It is head-scratching that King, coming from an immigrant family that endured tragedy and discrimination, refers to today’s immigrants as “dirt” or “dogs,” promotes white nationalists and Nazi admirers and openly disparages Muslims. The only conclusion to draw is that his animus is directed at people who are not white and Christian.

I ended the play with words from Carl Sandburg. Sandburg, who won the Pulitzer Prize three times for his wisdom about the American experiment, predicted our country would be challenged by amnesiacs like King. In his novel Remembrance Rock, Sandburg laid out the horrifying roadmap followed by Americans who divorce themselves from their ancestors:

“When a society or civilization perishes, one condition may always be found. They forgot where they came from. They lost sight of what brought them along. The hard beginnings were forgotten and the struggles further along […].

“But the mockers came. And the deniers were heard. And vision and hope faded. […]

“And men who forefathers would go anywhere, holding nothing impossible […] joined the mockers and deniers. They lost sight of what brought them along.”

With little work to do in a Congress that’s shunned him, Steve King has time to re-learn where he came from.

Allison Engel has been a reporter in Des Moines, San Francisco, San Jose, Los Angeles and elsewhere. After living in Southern California for 18 years, she and her husband moved back to Iowa in 2018 to volunteer for Democratic candidates. She wrote Meet Steve King’s Ancestors! with Margaret Engel, her twin sister.