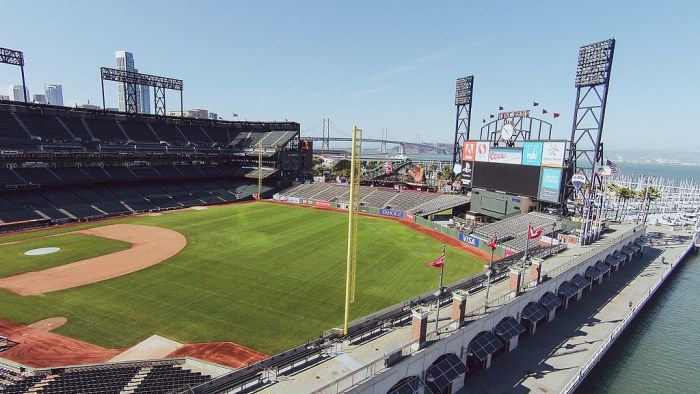 For the love of the game

We interrupt this political season for some important news:

FLASH — Major League Baseball probably will adopt the designated hitter for both leagues beginning in 2020.

OK — this is a bummer of monumental proportions. But it is one of the rules changes seriously being batted around by owners and the players’ union, as baseball tries to inject some appeal into a product that saw declining attendance in 2018, as competitive equality slipped off the chart. Eight teams lost at least 95 games last season, and baseball suffered its lowest combined attendance since 2003.

Baseball is perceived as being too slow (it is), too uncompetitive (it is), and out of step with other, more popular team sports (it is). As a feeble gesture last season, owners abd players eliminated the four-pitch intentional walk, and limited the number of visits to the mound by players, coaches and managers. This year, they’re talking about instituting a 20-second limit between pitches with no one on base, and making pitchers throw to at least three batters before being lifted.

What baseball needs are pragmatic rules changes that would speed up play, improve competitive balance, and overall bring the game into the modern era. I modestly propose:

* Use the DH. But only for interleague games and the World Series. Tradition has to mean something. Can’t stomach the DH at all? Eliminate the ninth position in the batting order; make it an eight-man lineup.

* Shorten the time between innings. If the TV people are worried about fewer commercials, allow blue-screen adverts on the field, advert banners adjacent to the score graphic, or add advert ribbons to ballparks, as they have in virtually every basketball and hockey arena and soccer stadium.

* Lower the mound to 8 inches. It’s been 10 inches for 50 years, following the miserly hitting 1968 season, dubbed “the year of the pitcher.”

* End interminably long extra-inning games. Play one extra inning, starting with a runner on 2nd base. If it’s a tie after the one inning, have a home-run derby, like the shootout in hockey and soccer.

* Change the standings. This would be concurrent with the overtime rule. Institute a point system, such as exists for hockey and soccer: two points for a win, one for a loss in overtime.

Other sports have boldly made rules changes that increase interest. It’s time for baseball to do the same. Something to think about as spring training opens next week.