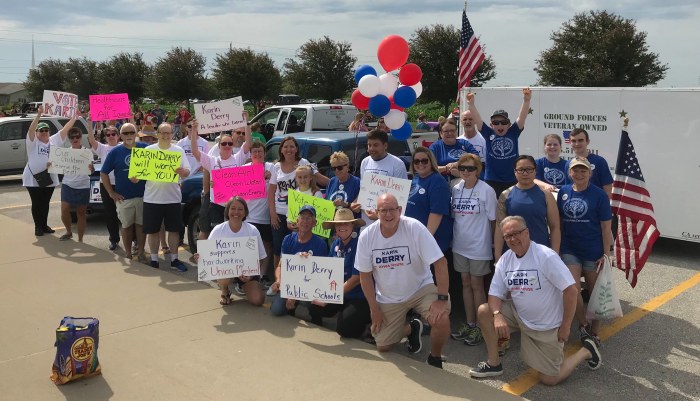 Pie in the sky or possible? Flipping a tough district

Very difficult but not impossible. That was what we knew about getting Karin Derry elected.

Bleak numbers, but when you believe that what you want is what most people want – a strong public education system, accessible and affordable healthcare, reasonable environmental protections, sensible policies to make taxation fair and the economy grow – then it simply becomes a matter of getting the word out. Talking to voters. Being real. Karin would speak of how her wonderful father had been a Reagan Republican, but that party is not today’s party. I think that fact resonated with many people across the political spectrum.

Indeed, our platform was so commonsense that our opponent stole it right out from under us for his disingenuous mailers. Of course he did. He couldn’t run on what he actually stood for: collecting contributions from big-money corporate interests to vote their way and advance their agenda. No wonder Highfill avoided public forums and blacklisted constituents. No wonder he laid low until just before the election. He had no interest in the everyday concerns of House district 39 residents.

I know that Karin cared, because I was her next-door neighbor for ten years. We watched one another’s kids. We discussed public policy over wine. So when Karin went to Washington to march in front of the White House, I told her she needed to run for office. And when she asked that I run her campaign, I said absolutely.

We had one commercial, a positive one.

Highfill also had one commercial, a negative one.

The ghost of Nancy Pelosi loomed in the background, along with the Golden Gate Bridge. Karin was going to turn our district into San Francisco. Of course she was. We see it now: Saylorville Dam is becoming Fisherman’s Wharf, and Van Dee’s is being rebranded as Ghirardelli’s.

A Republican voter told Karin that the absurdity and vacuity of that ad made him vote for her. Ridiculousness was all the GOP had, and enough people saw through it.

Our volunteers won this race. They showed up. Ten months before the election we held our first meeting. Forty people came to hear how we were going to do it. And they kept showing up, with more joining as each month went by. A strong but generally silent undercurrent ran beneath our efforts: our country is in trouble at the highest level. Law, truth, and decency are at stake. We are going to do what it takes to restore the accountability and transparency that is so vital to democracy. And in 2018, that take-back was all about the local level.

Nobody was paid on this grassroots campaign. Everybody sacrificed. But no one sacrificed more than Karin. She made campaigning her full-time unpaid job for the year. She knocked thousands of doors. She put herself in front of crowds even though she had no interest in the limelight. She attended countless events. She withstood baseless, hurtful media attacks from the opposition. All because she wanted a better Iowa and a better future for our kids. Therefore, as her campaign manager, I had no hesitation about asking people for their efforts and time and money, over and over.

Focus was key. Time was limited. Arguing was futile. Sure, there were disagreements; there is a time for people to have their say, and there is a time to move on. Time is a precious commodity in a campaign—there’s a reason they call it a race—so laser-sharp focus was essential. After all, there’s only one way to win an election: get the most votes. Every voter is a touchpoint. Do the math.

Did I think we were going to win? Honestly, I didn’t think about it. What’s the point? But obviously, I believed we could. Karin believed we could. Our “cabinet” (Jean Mauss, Rhonda Martin, Peggy Martin, Ellie Holland) believed we could, even though we had never done so before and had no formal training. Area Democrat groups stepped up. We put our hearts into the work. Others saw that and joined. We had formed the campaign early, about sixteen months before the election, which allowed us to build momentum.

When it came time to get out the vote, we had a steady stream of people who over the course of five days showed up to knock doors in the cold rain. They knew who the real winners of this race would be: the people of House district 39.

If you are ready to run or to manage a campaign and have questions, please feel free to reach out to me at karinderryforiowa@gmail.com. And please do contact us if you want the Democrats to hold on to House district 39 and flip Senate district 20 (held by Republican Senator Brad Zaun) in 2020. This is our time. Let’s do it!

Jeff Derry took this picture of Karin Derry (on right) running into two other volunteers while knocking doors on Saturday, November 3, 2018. Shared with permission. 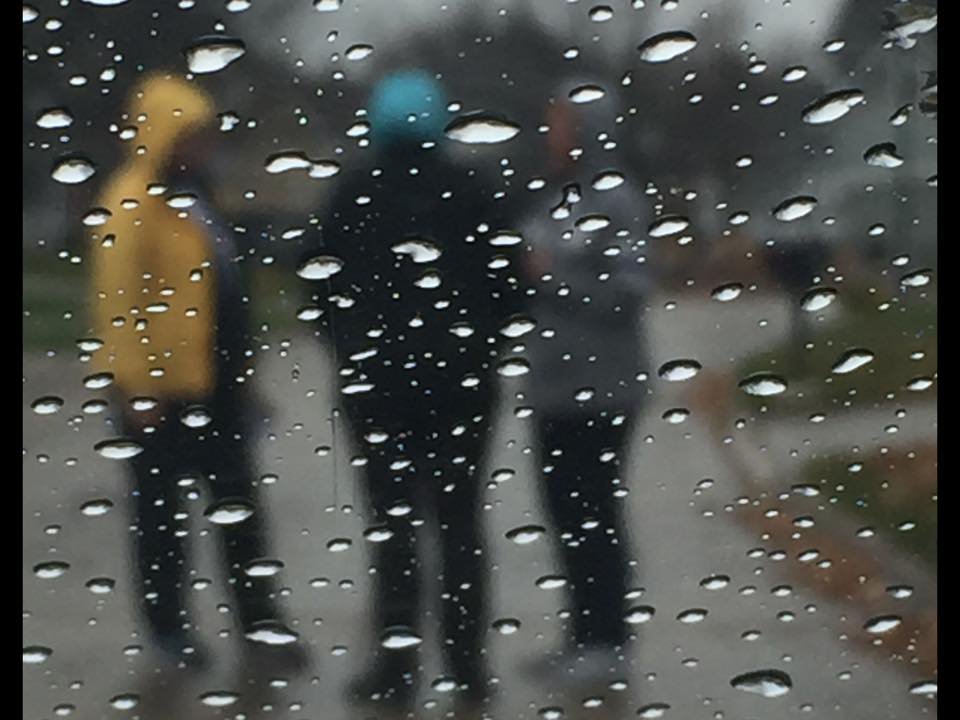