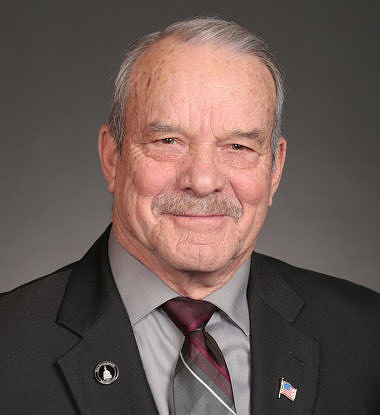 Iowa’s defense of (whose) marriage act

Randy Richardson spotlights a terrible (and likely unconstitutional) bill whose sponsor has previously proposed other wacky ideas related to marriage and divorce. -promoted by Laura Belin

I volunteer for a group called Iowans for Public Education, following the legislature to see what bills impact education. As I went through bills introduced at the last minute in an effort to beat the first major legislative deadline, a non-education bill caught my eye.

The summary House File 664 mentioned that it was called the Elevated Marriage Act. Republican State Representative Tedd Gassman introduced the bill. His biography indicates he is a former teacher and school board member from Scarville, about eight miles northwest of Lake Mills near the Minnesota border.

Given the title, I knew I had to dig a little deeper to see what Gassman was proposing. His bill creates a new classification of marriage in Iowa called “Elevated Marriage.” It can only be entered into by one man and one woman. A couple wishing to enter into this relationship must:

1. Declare that it is a lifelong partnership;
2. Receive authorized counseling emphasizing the nature, purposes and responsibilities of marriage;
3. File a declaration of intent that includes the recitation of a 172-word “vow” with the county registrar.

As someone who has been married to the same woman for more than forty years, I was feeling the bill downgraded my marriage, but I soon learned Gassman foresaw that issue. The bill also allows currently married couples (as long as they involve one man and one woman) to “redesignate” their marriages as “Elevated” as long as they file a declaration of intent with the county registrar, recite the vows, and probably pay a small fee.

Oddly enough, for all the declarations that an “Elevated Marriage” will be a lifelong partnership, the bill does include stipulations for a divorce and a legal separation. If no minor children are involved then couples can seek a divorce as under current law. However if a minor child is involved divorce becomes more complicated. In these situation we revert from the current “no fault” divorce laws back to a time when certain grounds were required to terminate a marriage. Under the bill a couple with a minor child can only divorce for the following reasons:

The bill also allows a couple to seek a legal separation for the four reasons listed above, as well as:

This all sounds like a major commitment and a lot of work. Surely there must be some incentive to encourage people to seek an elevated marriage. Gassman took care of that as well. The bill creates the “Elevated Marriage Trust Fund.” Money in the trust fund is set aside to cover the costs associated with two “incentives”:

There have been several theories about why Gassman introduced this bill. While he may have had good intentions, the fact remains that this is just a bad bill. As a strong supporter of marriage equality, I take objection to the bill creating one class of marriage for one man and one woman, but still allowing a “lesser” classification for all other arrangements. Any bill that seeks to limit who can get married is likely to be found unconstitutional.

I also find it ironic that a Republican, whose party used to stand for less government interference in the lives of citizens, decides to introduce a bill that seeks to determine who can get married and who benefits from such an arrangement. I’m not sure where to even begin addressing the many problems that this bill creates, so I’ll just save my breath, the same thing Gassman should have done when he thought of this horrible bill.

Editor’s note from Laura Belin: I wondered whether the tax credit provision would allow Gassman to get around last week’s “funnel” deadline. But this bill has been referred to the House Judiciary Committee, not Ways and Means, which can consider legislation that did not clear at least one House or Senate committee before March 8.