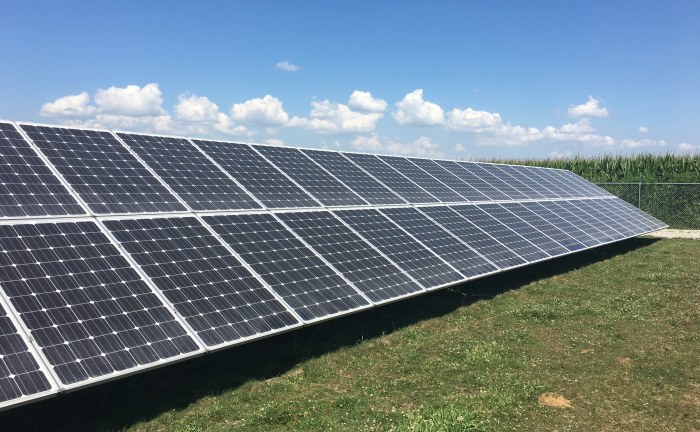 Longtime renewable energy advocate Mike Carberry weighs in on MidAmerican’s bad solar bill, which has cleared the Iowa Senate and is eligible for debate in the state House. -promoted by Laura Belin

Last year, MidAmerican actively worked to gut energy efficiency funding and programming that saved customers millions of dollars. Now the company is trying to stomp out the Iowa solar industry, which it apparently views as competition.

There’s no doubt that MidAmerican has taken significant steps over the last ten years toward a renewable energy future. But MidAmerican compromises its “100 percent renewable vision” whenever it lobbies against the best interests of Iowa’s clean energy consumers.

The company let Iowans hang out to dry in 2018 by encouraging the legislature to slash rebates for buying energy-efficient furnaces or installing smart thermostats. Those programs remain popular with Iowa energy consumers who want to cut their energy bills. But while energy efficiency helps customers reduce their energy use and save on their bills, MidAmerican makes less money when customers use less energy.

Now, MidAmerican is pushing a bill designed to undermine the ability of customers to make their own choices about solar in their homes. The legislation would let MidAmerican impose ridiculously high fees to make it harder for customers to afford to install solar and get in the game. The plan would in effect monopolize the sun for MidAmerican and shortchange the homeowners, businesses, and farmers of Iowa who have already made private investments in solar. It would make it economically impossible for most ordinary Iowans to afford in the future.

By its own account, MidAmerican recognizes that customers “want more renewable energy.” But it’s clear that MidAmerican wants a monopoly on clean energy.

Part of the problem is that MidAmerican continues to straddle the clean energy future and the dirty energy past. The company remains beholden to its heavy coal portfolio. MidAmerican ranks among the twenty largest coal-burning companies in the country and operates five large coal plants in Iowa. Those plants produce about one-third of MidAmerican’s electricity. The utility plans to run its polluting coal plants indefinitely, even as it publicly claims to generate 100 percent of customers’ electricity from renewables.

The recent legislative hijinxs have caught MidAmerican speaking out both sides of its mouth. Are they for clean energy or not? The time has come for MidAmerican to live up to its slogan #WeMakeHistory and embrace Iowa’s renewable energy future–this time in action and not just words.

Mike Carberry of Green State Solutions in Iowa City has been involved in renewable energy advocacy and climate solutions since 1999. He serves on the boards of the Iowa Sierra Club, Iowa Wind Energy Association, Iowa Farmers Union, 1000 Friends of Iowa, and the Iowa Hemp Industries Association but makes clear, “These opinions are my own and do not represent those of the boards I serve on.” He can be reached at mikecarberry AT greenstatesolutions.com.