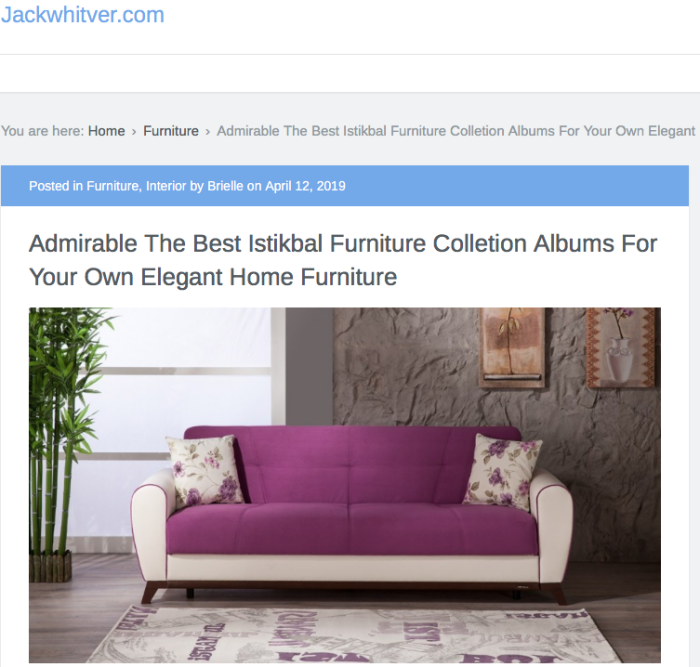 An unknown person acquired the former campaign website of Iowa Senate Majority Leader Jack Whitver in February and has since posted regularly about furniture and home decor at JackWhitver.com.

Whitver let his campaign's domain name expire on December 15, 2018, a search on GoDaddy's WHOIS database shows. The company typically sends customers several notifications about an expired domain and gives owners 25 days to renew before an putting such domains up for public auction.

The Senate majority leader did not respond to multiple inquiries about whether he decided to stop maintaining a campaign website after his latest re-election or inadvertently let the domain expire and missed alerts from GoDaddy. I have been unable to find any new website promoting his political work.

As soon as the domain expired, JackWhitver.com would have gone offline, so if Whitver had checked the site after December 15, he would have realized something was amiss.

He may have failed to notice the problem. For the past several years, Whitver's campaign site has been updated even less frequently than the online home for Iowa Senate Republicans--which is saying something. (The official Iowa Senate GOP blog has published just four posts during this year's legislative session and nothing since February 27.)

The indispensable "Wayback Machine" reveals that days before the 2018 general election, the most recent posts on JackWhitver.com's front page and "blog" were from May 2017. 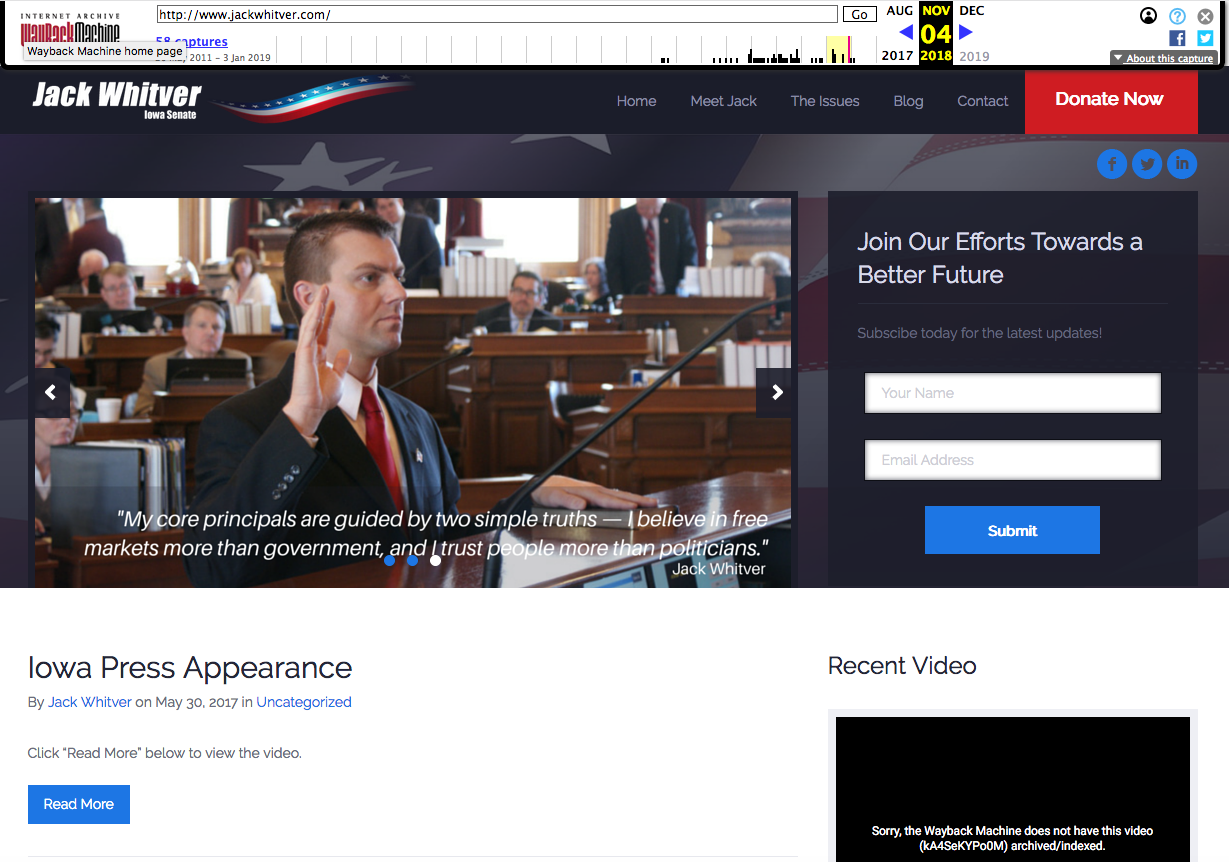 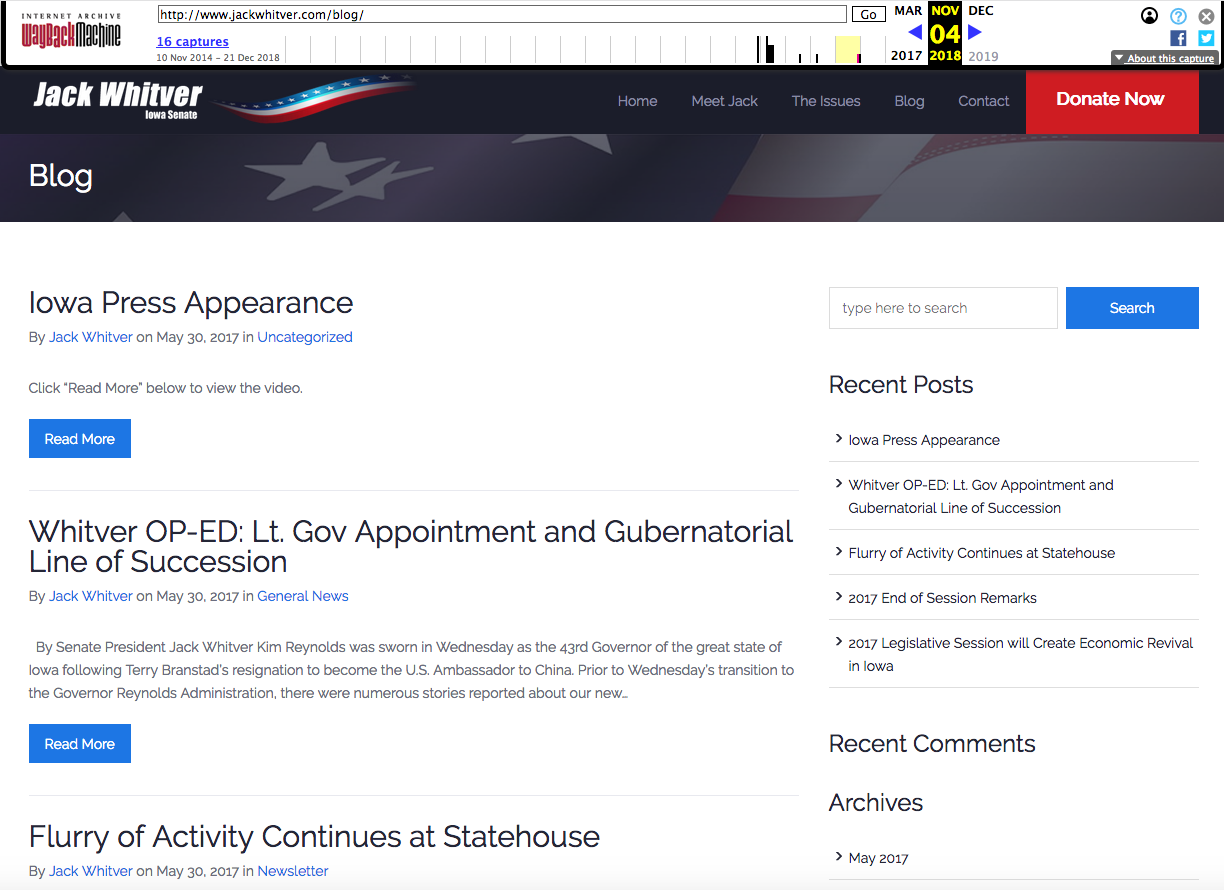 Whitver was updating his campaign's Facebook page frequently last fall, when he faced a tough challenge from Amber Gustafson. Republicans spent more than half a million dollars on the Senate district 19 race, running positive and negative television commercials in heavy rotation for five weeks.

Whoever bought JackWhitver.com at auction purchased privacy protection to conceal his or her identity. The new owner appears to be located in Germany. 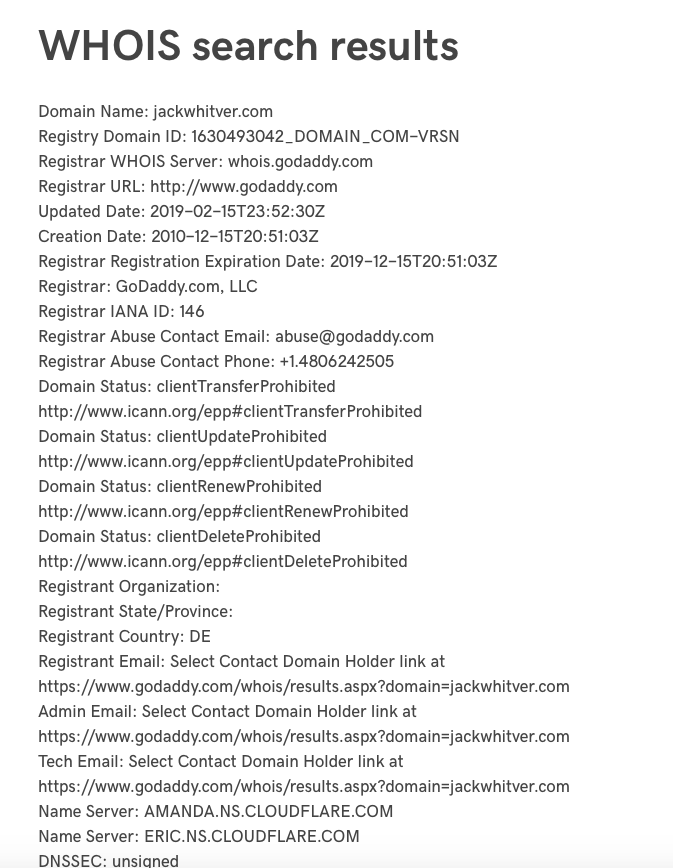 The first post at the relaunched JackWhitver.com went up on February 27.

The site's purpose is unclear. None of the featured items are for sale. Near-daily entries (more than 110 at this writing) are posted as if several people are collaborating on the work, but no commenters ever discuss the content.

Some of the featured pictures make no sense. 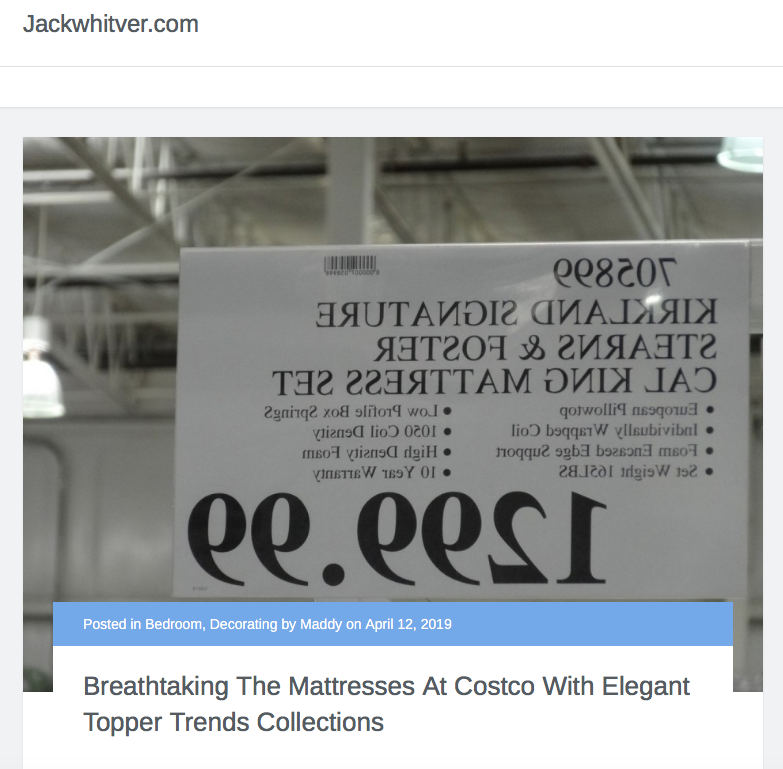 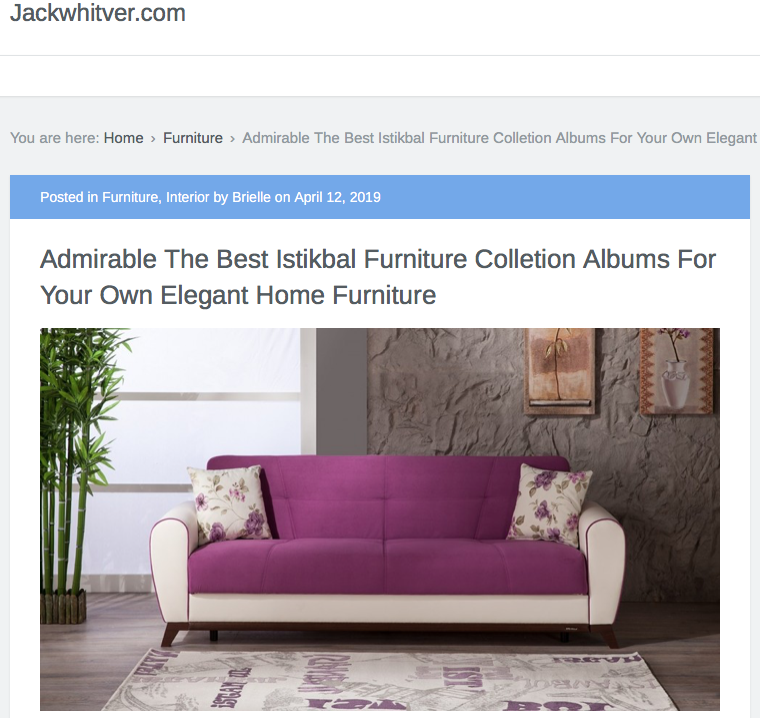 The person listed as the site's contact and "designated copyright agent" did not respond to an e-mail seeking comment on why someone in Europe decided to buy JackWhitver.com and use it this way.

The site may be a phishing operation. A page citing a 1998 federal copyright law encourages copyright owners to submit personal information as part of a "Notice of Alleged Infringement." I wouldn't recommend taking that route.

That said, the new owner appears to have registered JackWhitver.com legitimately. In the absence of any illegal activity on the site (such as slandering Whitver or profiting from a trademarked name), Whitver has no legal recourse. Many other politicians don't control websites bearing their names. For that reason, consultants often advise candidates and elected officials to secure any and all possible domains.

It could be worse for the Senate majority leader. Had Iowa Democrats realized after January 8 that JackWhitver.com was available, a successful bidder could be using the site now to publicize the Republican-controlled legislature's many harmful actions.

UPDATE: As of 11:00 am on April 17, Whitver's page on the official legislative website still directs people to JackWhitver.com.

When you click on that link, you see the standard disclaimer that appears when you try to visit any state lawmaker's political website.

SECOND UPDATE: As of 1:00 pm on April 17, Whitver's page on the Iowa Senate Republicans website is also still directing people to JackWhitver.com.

LATE UPDATE: The Iowa legislature adjourned for the year on April 27. As of May 2, Whitver's pages on the official legislative website and the Iowa Senate Republicans site were still directing to JackWhitver.com. However, as of May 16, those sites were directing users to a new campaign site, whitverforiowa.com. The most recent posts on the front page and "blog" page of that new site dated to May 2017.

Meanwhile, JackWhitver.com has not posted anything new on its front page since April 12. The site had been updated almost daily during the six weeks before I reached out to the site's contact person with questions. 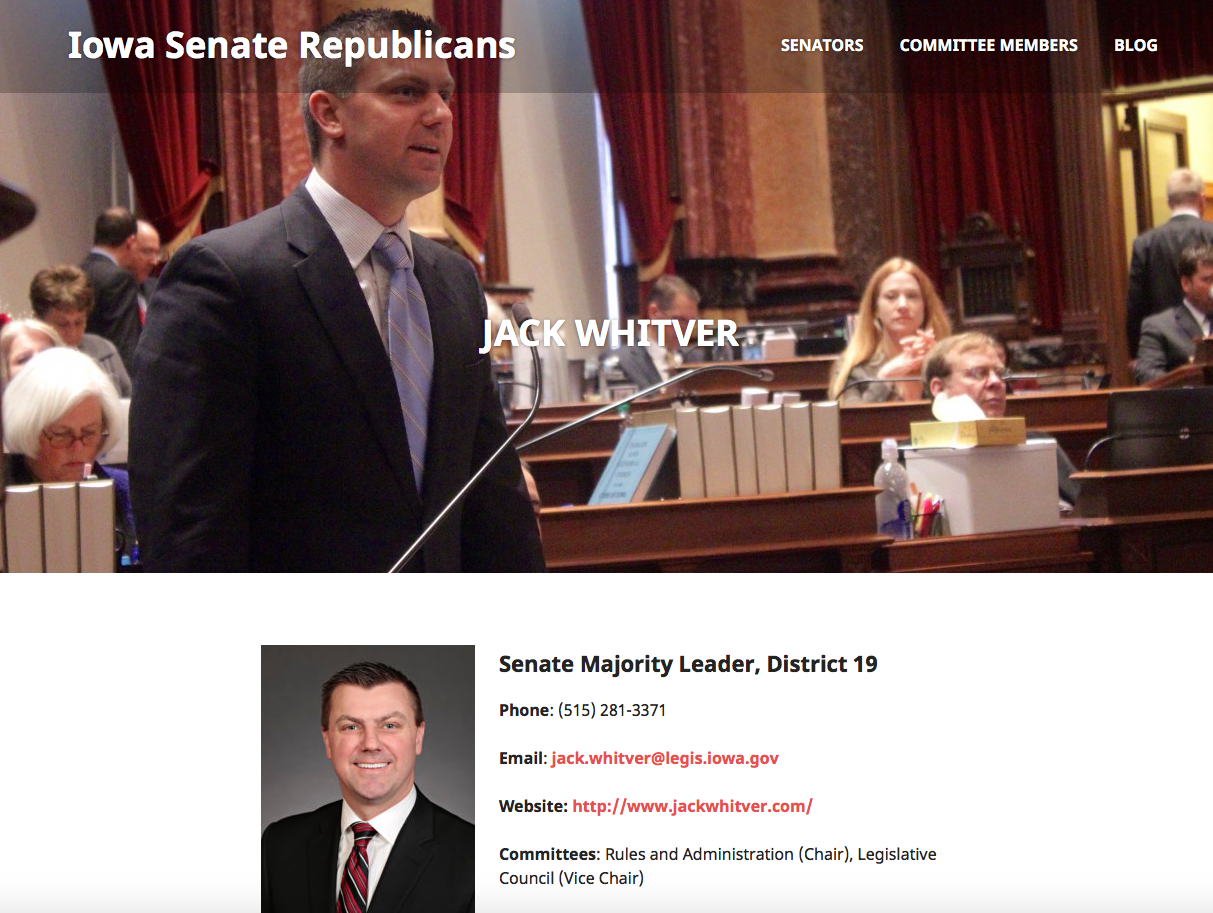