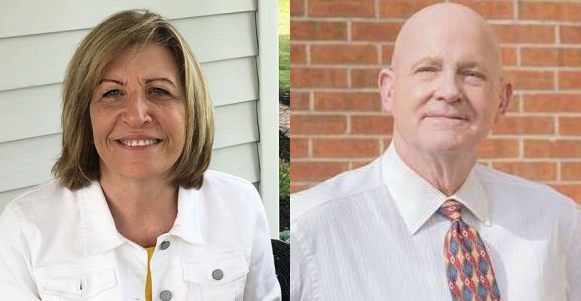 Scott County Supervisor Ken Croken is still considering a Congressional bid, he told Bleeding Heartland in a May 23 telephone interview. Croken said he and his team are collecting information about potential Republican candidates with a view to deciding who would be the best person to keep IA-02 in Democratic hands. He said the long list of Hart endorsers won't affect his decision, which he will announce sometime after Memorial Day.

Speaking of Democrats in the Quad Cities area, Davenport attorney Ian Russell has ruled out running for Congress next year, he told Bleeding Heartland by phone on May 22. Russell said he talked to Hart about a week ago and "told her she's going to be a very good candidate for the second district and that I'd support her."

“Rita Hart understands the issues that farmers and rural Iowans face because she’s lived it her entire life,” said former Iowa Lieutenant Governor and Secretary of Agriculture Patty Judge. “I know Rita will fight each and every day to deliver results for hard working Iowa farmers – she’s the farmer we need in Congress.”

“Now more than ever, Iowans need someone in Congress to take on our toughest challenges and get the job done—and I know that Rita Hart is the one for the job because I’ve seen her work up close in the State Senate,” said Iowa Senator Joe Bolkcom. “Rita will work to strengthen and preserve Social Security and Medicare now and for generations to come.”

“As a 20-year veteran educator, Rita Hart understands the difference education makes and will work tirelessly for all Iowa families in Congress,” said former Chair of the Iowa Democratic Party Sue Dvorsky. “I know Rita will bring the same passion, energy, and commitment to Congress that she showed for her students and Iowa schools every day. There’s no one better than Rita to fight for more affordable college while providing more opportunities for vocational and skills training for Iowans.”

“I’m honored to have support and encouragement from Iowans across all 24 counties of the District as we build our grassroots campaign,” said Rita Hart, Democratic candidate for Iowa’s Second Congressional District. “These community leaders from every corner of the District are coming together because they understand the urgency of giving hardworking Iowans a voice in Congress who will put their interests first each and every time. Together, I know we can take on tough challenges and win.”

UPDATE: U.S. Representative Dave Loebsack endorsed Hart on May 29 during a joint appearance on WQAD-TV. Loebsack told the station,

I've always tried to work across the aisle on issues, whether it was education or broadband or any number of other things, veterans issues for example. I know that Rita has the same kind of record--I've known her since she got into the Senate. She's had that kind of a record, and I think that she's perfect for the district in that sense.

“Rita Hart is a farmer, educator, and former state Senator who truly understands what Iowa and our district needs.” said Dave Loebsack. “But most of all, Rita Hart’s a problem solver who will fight day in and day out to bring people together and get the job done. That’s why I’m proud to endorse her today. I know she’ll continue to champion the priorities we’ve worked for together like giving our veterans the care and support they need, expanding rural broadband, and providing more opportunities for vocational and skills training for Iowans.”

“Iowa families need Rita Hart fighting for them in Washington. Her deep integrity and experience as a farmer, teacher, and state Senator make me proud to support her today,” said Auditor Rob Sand. “Rita will always stand up to the Washington special interests and never back down from tough challenges.”

“Our campaign to give hard working Iowans a voice in Congress continues to build momentum and I’m thrilled to have Auditor Rob Sand’s support today,” said Rita Hart, Democratic candidate for Iowa’s Second Congressional District. “Rob and I agree that we have to restore people’s trust in government and can never forget who we work for—hard working Iowa families.”