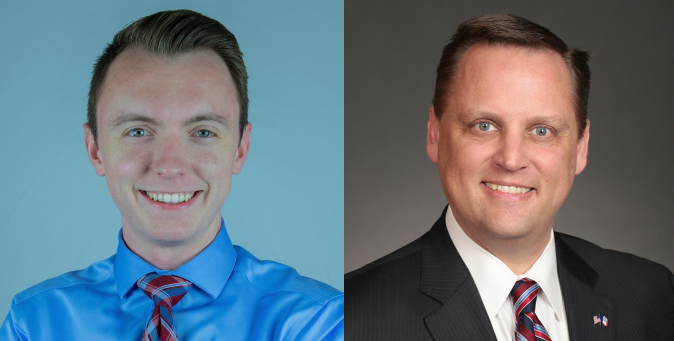 Nick Miller announced his candidacy in Iowa House district 19 at a May 23 event in his home town of Polk City. The fifth-generation Iowan, who is also a small business owner and Drake University student, would face House Majority Leader Chris Hagenow in the general election if he becomes the Democratic nominee. Miller said his campaign will be grounded in the principles of "Investing, Educating, and Sustaining."

Although I didn't include this district in my overview of potentially competitive state House races, I'll be watching this campaign for a couple of reasons.

The area leans strongly Republican, with 5,945 active registered Democrats, 10,168 Republicans, and 10,252 no-party voters, according to the latest figures from the Iowa Secretary of State's office. Residents of House district 19 favored Donald Trump over Hillary Clinton by 56.7 percent to 36.5 percent in 2016.

After fleeing from the suburban district he had represented for ten years, which was trending Democratic, Hagenow won his first election in House district 19 last November by 10,539 votes to 7,689 for Gregg Gustafson (56.2 percent to 41.0 percent). The result was comparable to Governor Kim Reynolds' margin over Democratic challenger Fred Hubbell in the same precincts (56.4 percent to 41.7 percent).

Assuming Hagenow remains majority leader in 2020, he will be among the top fundraisers in the Republican caucus. Forcing him to spend any significant amount in his own district would keep that money out of many other battleground races.

In addition, Dallas County will be central to GOP aspirations to win back Iowa's third Congressional district. Representative David Young carried the county by only about 2,500 votes in 2018, not nearly enough to counteract Cindy Axne's huge advantage in Polk County, where most IA-03 residents live.

Every down-ballot Democrat dedicated to getting out the vote in Dallas County will help Axne and the presidential nominee. Kenan Judge's successful campaign in House district 44 surely boosted Axne in Waukee and the Dallas County part of Clive.

Polk City, Iowa – On Thursday, Nicholas “Nick” Miller of Polk City announced his candidacy for the Iowa House of Representatives in District 19. HD 19 is currently represented by the House Majority Leader Chris Hagenow.

Miller is the eldest son of Mike and Shari Miller of Polk City and has one brother, Kellen. Miller is a Polk City native, a fifth generation Iowan, a North Polk High School graduate, a small business owner, and is currently a Drake University student with a major in Strategic Political Communications and a minor in Sociology.

“The people of House District 19 are not being represented on Capitol Hill,” Miller said. “wealthy corporations and the Republican party line are the only things represented by Chris Hagenow.”

“Iowans deserve a Representative who is committed to investing in the middle class, working families, education, small businesses, and family farms. It is not enough to just make promises; you have to actively listen to what is affecting people’s lives and work with them to enact the change they need. This campaign is going to be about listening and having conversations about how we can build a brighter future for future generations. From sustainability to education, it is time to bring the voice of everyday Iowans and working families back to Des Moines.”

During his time at Drake, Miller worked as a Legislative Clerk for two years in the Iowa House to Rep. Bruce Bearinger (HD 64); he currently serves as the Youth Coordinator for the Greater Des Moines Committee on Foreign Relations; and he was the interim Director of Communications for College and Young Democrats of Iowa in 2017-18. Miller worked as a Field Representative for the Turnout PAC during the 2018 election cycle, where he directly engaged with voters and heard their stories across central Iowa.

Miller provided the following photos from his May 23 kickoff. 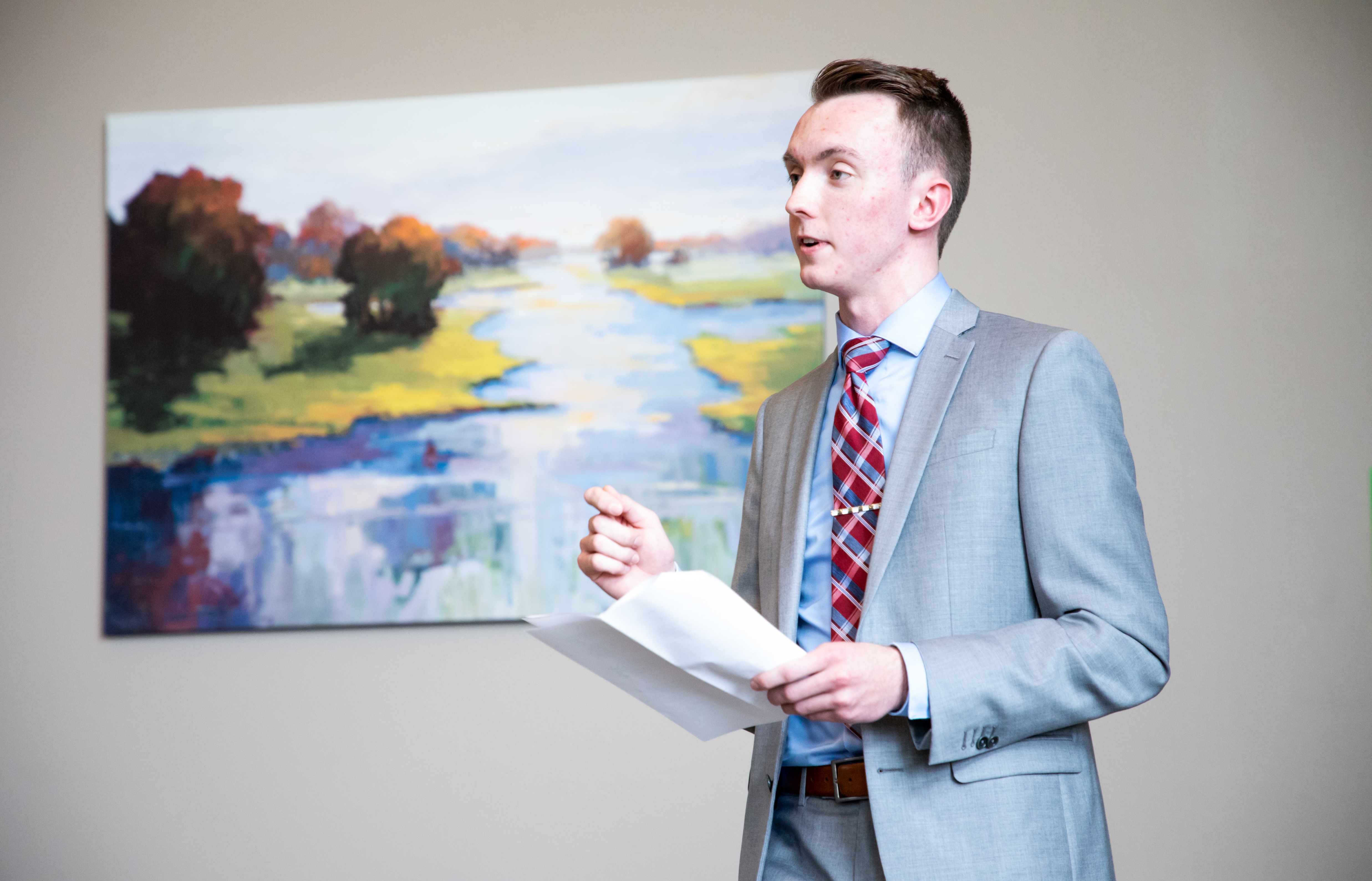 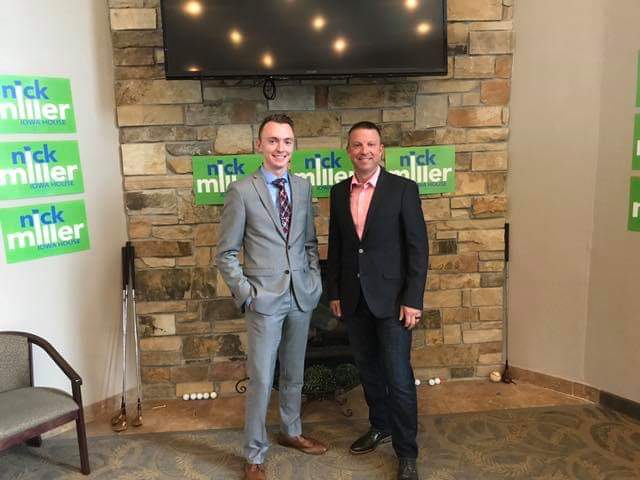 Top image: Nick Miller on the left, Chris Hagenow on the right.