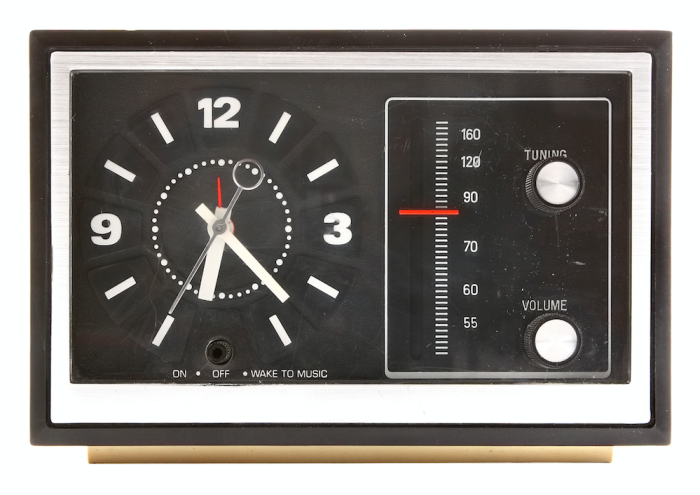 They turned back time

Bruce Lear floats ideas on how to start repairing the damage from Iowa’s 2017 collective bargaining law, a “devastating step back in time” for public sector employees. -promoted by Laura Belin

It was a time of bell bottoms, shiny shirts, and men with shoulder-length hair. Disco was born, and Vietnam escalated. Nixon visited China; Americans loved the tv shows All in the Family, M*A*S*H, and Sanford and Son. It was America prior to 1974.

Cher sang about it, “If I Could Turn Back Time.” Michael J. Fox took a trip in a DeLorean three times by accident, and Iowa Republicans seem determined to take us back in time to what they perceive as the “Good Old Days.”

You remember the era. It was when the new “Moral Majority” told women their place was pregnant and in the kitchen, and educators were still treated as that decade’s indentured servants. It was when young men prayed for a high draft number and Vietnam protesters marched.

Since the Iowa Senate fell to the Republicans in 2017, there have been numerous attempts to turn back the clock. From the so-called “heartbeat” abortion ban to a failed attempt to exempt more children from vaccinations, the new majority seems determined to turn the clock back.

One of the first attempts came right out of the gate in the first year of their majority. From the opening gavel, the 43-year-old public sector collective bargaining bill was at risk, even though a few months earlier, none of their slick brochures or expensive TV ads even mentioned that law. It was classic bait and switch.

Why did it happen?

While we can’t be sure of the motives, some believe it was because as a legislator Terry Branstad had opposed the bill in 1974, when it was enacted.

Others say it was because Governor Branstad was handed a defeat when the Iowa Supreme Court refused to vacate an arbitrator’s award won by AFSCME in 1991.

Still others say it was the Republican leadership showing its base they could do big and powerful things, and nationally Iowa was just following the playbook of other red states from the American Legislative Exchange Council (ALEC), a conservative group pushing for the elimination of public sector unions.

I believe the motive may have been simpler still. I think it was an attempt to take Iowa back to when school districts and other public sector employers could snap their fingers and determine what an employee was worth, without the nuisance of a collective bargaining.

It just was easier.

During those pre-bargaining days, many women teachers were paid less for their work because men were obviously “heads of households,” and deserved more money. Teachers would go before the mighty school boards like supplicants begging for a raise.

It was collective begging.

In 1974, Chapter 20 was born, through a bipartisan effort and signed by Robert Ray, a Republican Governor. It wasn’t perfect, but the law allowed public employees a voice about their working conditions. It was fair. It worked.

Even if I am wrong about the motive, the result after 2017 has been to take a devastating step back in time for public sector employees. So, how can we at least take some small steps back to the future?

To put it bluntly, the public sector and all of Iowa can’t just hope for a blue wave. To gain all of the seats of power will take at least another four years. While we’re waiting for that blue wave, public workers are drowning in a red tide with little hope of recitation.

Since hope is never a strategy, it’s time to organize to force incremental changes in the bargaining law until the whole law can be rewritten and the 2017 version thrown in the dumpster of history. The only way to do that is to create a movement that will scare Republican politicians into making changes.

For politicians, the one thing that trumps most ideology is blatant self-interest. I know that sounds cynical, but it’s universally true. If Republicans think they will lose their jobs unless they support public employees, they might just have a Damascus Road conversion.

That self-interest will only kick in when Republicans start to see widespread classrooms with no teachers, prisons with no guards, and snow plows with no drivers. Those shortages are coming quickly and they need to become part of the public narrative.

Even small-government Republicans want classrooms with qualified teachers, safe and drivable streets, and public buildings open for business. If that’s true, how do we organize to get the changes public sector workers need?

First, although it seems simple and corny, the movement has to be branded. If we’ve learned anything from the orange tweeter it is that. Maybe something like “Working to Restore the Future.” The message then springs from the branding and must be simple enough a third grader can repeat it.

There were changes made in 2017 to a law that hurt your teachers, the people who keep us safe, and the workers who keep our communities running. We should listen to them. It’s time to make some changes to make Iowa work better. Here are the three changes in the law that need to be made to restore our future.

The public sector unions and their allies would need to meet and agree on the specific changes that might be achieved even under Republican control. I would suggest focusing on the changes that the other side would have a hard time arguing would break the bank.

For example, right now when a contract expires, the law forces a vote on whether employees want to retain representation by their current union. It’s called recertification. It’s punitive and expensive for both the union and the employer. In addition, the Public Employee Relations Board (PERB) rules governing this section are unfair because if an employee chooses not to vote, the state votes “No” for them. That’s not how elections in America work. [Editor’s note: Few Iowa lawmakers and no statewide officials could have been elected under such a system.]

From the “Frequently Asked Questions” page of PERB’s website:

There are at least a few other tweaks to this law that could be made, and marketed as fending off public chaos. This movement needs to start now and be an integral part of the next election cycle. The changes need to be a part of every public meeting that public sector workers attend. School boards, and parent groups need to be lobbied and enlisted to talk about the changes needed. Both groups have a huge stake in restoring the future.

Again, the changes I’m talking about will not solve all the problems of the bargaining law, but they would begin to chip away at the issues so they don’t compound and totally destroy Iowa’s legacy of quality education and quality of life.

There is nothing wrong with looking back enjoying the nostalgia of the past. But let’s make sure our policies are firmly anchored in the present so we can address the critical issues facing us now. Let’s restore the future together.