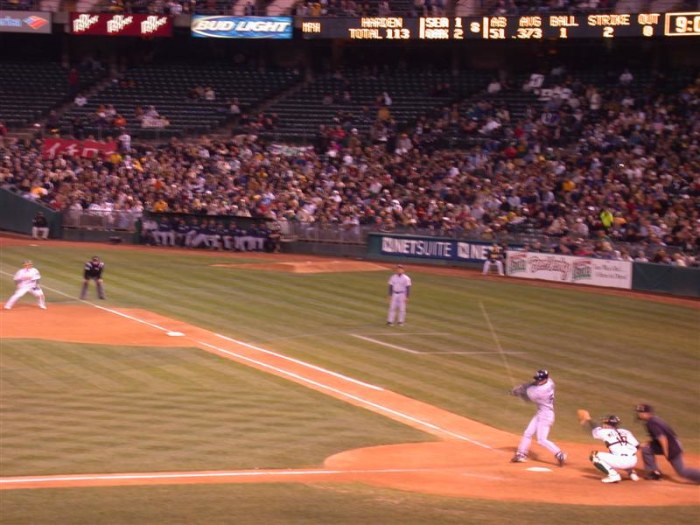 On fan safety, baseball strikes out

This disclaimer, or a variation of it, is known as the Baseball Rule. It is printed on every ticket to all major-league and most minor-league baseball contests. It is intended primarily as legal protection for the ballclubs, an agreement that if a fan is injured by a thrown bat or thrown or batted ball, they can’t sue the club for damages. It’s classic buyer beware, and it has governed attendance at baseball games for generations.

But that era may be entering the late innings.

In the fourth inning of Wednesday night’s Cubs-Astros game at Houston’s Minute Maid Park, Cubs outfielder Albert Almora Jr. swatted a foul ball sharply into the third-base stands. The ball struck a young girl, requiring her to be taken, screaming in her father’s arms, to a hospital.

Almora sank to his knees, his head down, on the verge of bawling. His teammates and Manager Joe Maddon had to comfort him by the batter’s box. Later, Almora, a father of two, told the media, “Right now I’m just praying and I’m speechless. I’m at a loss of words.”

But many ballclubs are at a loss for action. Unlike in Japan, where protective netting extends in every big-league ballpark from foul line to foul line, no such security exists in Major League Baseball.

If players had their way, this would not be the case. In 2015, Ken Rosenthal of Fox Sports reported that players requested pole-to-pole netting in each of the last two contract negotiations, in 2007 and 2012. “The owners, however, rejected the proposals,” Rosenthal wrote, “citing concerns that additional netting would detract from the experience of ticket buyers in certain premium seats, sources said.”

After a 2015 incident in Boston’s Fenway Park, when a fan was seriously injured by a chunk of a broken bat that flew into the third-base stands, Major League Baseball came out with a statement that sounded dolefully like the mealy-mouthed platitudes reserved for the aftermath of mass shootings. “We have the utmost concern for the victim of this terribly unfortunate incident,” the statement said. “We will continue to keep her and her family in our thoughts and prayers.”

According to a 2009 article in Sports Illustrated, 52 spectators have been killed by foul balls in professional baseball — only two during major-league games — dating to the 19th century. Statistically speaking, considering the tens of millions who have attended major-league games, the likelihood of dying at a game — other than from a heart attack caused by mega-caloric ballpark food — is virtually zero.

But serious injuries from foul balls do occur. And Major League Baseball is reluctant to admit that fan safety is more important than fan experience.

“While we’re always very, very concerned with the health and the welfare of the fans,” former MLB Commissioner Bud Selig said in 2008, “you also don’t want to do anything to obstruct the views of the fans, which creates really a major problem. You sort of have to weigh one against the other.”

It’s taken a long time for baseball to weigh in. Not so the National Hockey League. In 2002, a 13-year-old girl was killed in Columbus, Ohio, by a puck propelled into the lower stands behind one of the goals. During the ensuing offseason, the league instituted protective netting atop the glass at each goal. Said NHL Commissioner Gary Bettman: “After three minutes, people won’t know it’s there.”

Nets won’t solve everything. During a game at Dodger Stadium last August, a batted foul ball was propelled above the netting, flew over the lower-level seats and struck 79-year-old Linda Goldbloom, who was sitting in the ballpark’s second of five decks. She died four days later. So can you expect to protect every spectator? How high can you make the nets?

But action clearly needs to be taken. A recent study in the William & Mary Law Review, by Nathaniel Grow and Zachary Flagel, noted that the “Baseball Rule” — the assumption of the fan taking on the “risk and danger inherent in the game of baseball” — may be dangerously outmoded. The article noted that present-day fans are nearly 21 percent closer to the action than when the rule was introduced, foul territory has decreased, balls are traveling off bats at higher speeds — over 100 mph — and fans are more distracted from the on-field action than ever before by animated scoreboards and cell phones. How fast can you duck out of the way of a bullet?

“[T]he time has come for courts to dispense with the Baseball Rule, and presumptively hold professional teams strictly liable for their fans’ injuries, forcing teams to fully internalize the cost of the accidents their games produce,” the authors conclude. If courts start to agree, ballclubs will be the ones to take on the risk — of major lawsuits.