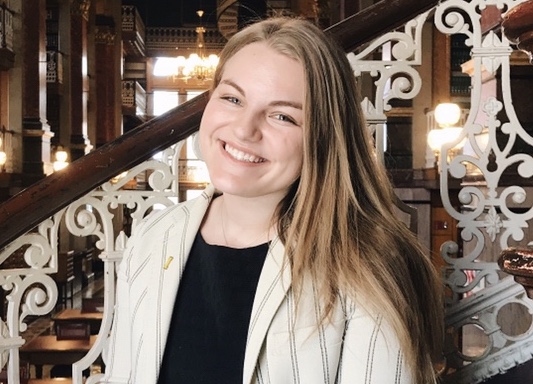 The College and Young Democrats of Iowa have urged all the presidential campaigns to pay their interns. Lucy Karlin writes about her experience working for Cory Booker this summer. -promoted by Laura Belin

I have been an unpaid intern on Democratic campaigns for the last three years, and the experiences have inspired me to pursue political science as a major in college. As I am now in college, I knew I had to make money this summer to help pay for tuition, but I was torn because I didn’t know if that would enable me to still be engaged in campaigns.

Upon hearing him speak and learning of his gun violence prevention policies, I was so excited about Cory Booker’s presidential campaign. I was even more excited to find out that his campaign was offering paid internships at $15 per hour so that I could have the opportunity to make money doing what I love.

I am now finishing the first month of my internship, working alongside young professionals and getting a glimpse into the real world of presidential campaigns. I so appreciate the opportunity to develop my skills and be held to a high standard on this high energy and very passionate staff.

This has been an invaluable experience as a young person studying political science, and I urge other campaigns to follow Cory’s lead and support a new standard for paid political internships.

Editor's note: According to information compiled by Olivia Habinck of the College and Young Democrats of Iowa, the following presidential campaigns have paid interns this summer: Joe Biden, Cory Booker, Pete Buttigieg, Julian Castro, Kamala Harris, Jay Inslee, Amy Klobuchar, Bernie Sanders, Eric Swalwell, Elizabeth Warren. Some of the campaigns paying their interns also have unpaid "fellows" working in Iowa. Some of John Delaney's interns are paid, and Beto O'Rourke will have paid interns this fall.

Photo of Lucy Karlin provided by the author and published with permission.