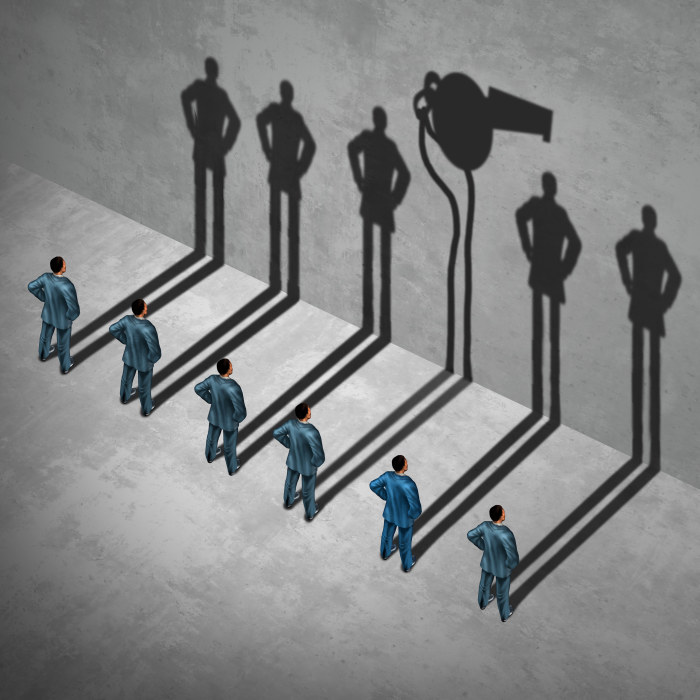 Continuing Bleeding Heartland's coverage of the Iowa legislature's work during the 2019 session.

Scandals in the Waukee Community School District inspired new protections for whistleblowers in state and local government bodies, which took effect at the start of the 2020 fiscal year on July 1.

Schneider said a state audit released in December 2018 inspired the legislation. (Bleeding Heartland posted that audit and discussed its main findings here.) Well before that review, the Waukee school district's retaliation against several whistleblowers led to a series of lawsuits and costly settlements.

After Governor Kim Reynolds signed Senate File 502 in May, Schneider posted on Facebook,

The bill updates our current law by:

1) Designating HR personnel as people to whom public employees can report allegations of wrongdoing;
2) increasing the amount of damages a whistleblower can be awarded if they are fired in retaliation for reporting a claim;
3) requiring government entities to notify their employees that they can file anonymous whistleblower complaints with the state ombudsman through an 800-number.

I hope the bill makes it easier for whistleblowers to come forward without fear of retribution.

Senate File 502 cleared the Senate with no opposition in March, then stalled for a few weeks as a House State Government Committee amendment was drafted. House members later approved the revised bill unanimously, and senators followed suit.

a) who want to suggest improved best practices, in a bureaucratic environment of inertia (is a good compromise at this juncture to achieving the goals of my regulatory rescission bill—encourages now the offering up of ideas from departmental employees for regulatory streamlining, without any potential retributive repercussions); and

b) who have the awareness of unethical and illegal activities going on, concealed behind close doors, which needs to be brought to public attention, for appropriate action and accountability.

The House amendment served two purposes, Jacobsen said. First, it made the bill more comprehensive by extending its provisions to cover all state employees. Second, it incorporated language stating the whistleblower must be acting "in good faith."

This is consistent with Iowa Code 232.73 and the holding in Teachout v. Forest City Community Sch. Dist., 584 N.W.2d 296. The good faith requirement protects against "strategic snitching" for personal or political gain. This was the reason it was added to Iowa Code 232.73. We want to encourage whistleblowing to expose corruption but we do not want to have the whistleblowing tool misused to foster political guerilla warfare.

Jacobsen added that he was pleased with the bipartisan agreement on this legislation.

State Representative Vicki Lensing, the lead House Democrat working on Senate File 502, said in a July 1 telephone interview that the whistleblower issue has come up several times over the years, and "we keep trying to improve what we've got." Adding human resources managers fits a pattern: "continually we run into a new problem, and so we expand the list" of people who can receive a whistleblower complaint.

Lensing recalled that the Iowa legislature first addressed whistleblower protections more than ten years ago, after improper payments and excessive compensation at the Central Iowa Employment and Training Consortium (CIETC) came to light. Lensing served on the the Government Oversight Committee at the time and remembered that lawmakers were largely unfamiliar with issues related to whistleblowers. By comparison, colleagues understood the need to act this year, since the Waukee school district's problems had been in the news recently.

State Senator Rob Hogg, the lead Democrat working on this bill in the upper chamber, views the measure as something less than a landmark. He told Bleeding Heartland in a July 1 e-mail,

Senate File 502 makes modest progress for public employee whistleblowers in Iowa by adding human resource managers to those who can receive whistleblower information, by requiring political subdivisions to notify employees about whistleblower rights, and by adding civil damages to the remedies for violations of a whistleblower's rights. We have still not done enough, but it is better to make progress again after the years of hush money scandals and anti-worker legislation from the Branstad and Reynolds Administrations.

The governor's office did not hold a public bill signing or call attention to this law's passage with a special comment. Senate File 502 received a brief mention in a news release, along with about two dozen low-profile bills Reynolds signed the same day.