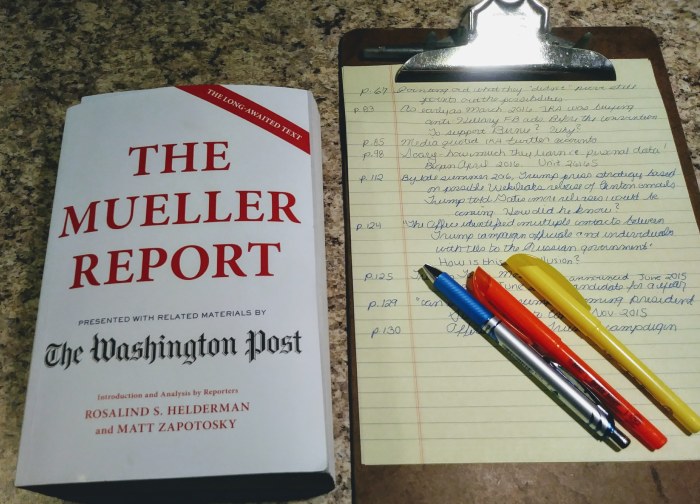 Like many others across the nation, Iowans are eager to hear what Special Counsel Robert Mueller will say in his Congressional hearing, now rescheduled for July 24. All eyes and ears will be tuned in to hear the normally tight-lipped Mueller as he is questioned by both the House Judiciary and Intelligence Committees.

The Justice Department has warned Mueller that his testimony “must remain within the boundaries of your public report.” Will he provide more answers than questions about evidence pointing to obstruction of justice by the president?

When Mueller spoke publicly for the first time about the investigation in May, he stated he had no intention of testifying before Congress, and what he had to say had been delivered in his report. Which meant that for many, the report itself was the only way to learn about the two-years long investigation.

Since then, the report has inspired a national book club and a dramatic reading. It topped the New York Times best-seller list for May.

Two groups in Iowa, one in the southwest and one in the northeast part of the state, have dedicated time to reading, discussing, and sharing their insights on the Mueller report and are encouraging others to do the same.

State Senator Rob Hogg and Westside Dem leader Judy Ryan organized the first Mueller Book Club meeting in Cedar Rapids on July 7 and had to scramble for extra chairs when more than 40 people showed up. The group covered the introduction and Volume One of the report that day. Ryan stated:

“The names, places, and events are familiar. They’ve been covered in the media since Robert Mueller was appointed to serve as special counsel on May 17, 2017. But for years we’ve been getting our information piecemeal, couched in speculation and commentators’ opinions. To see the actual facts and evidence presented logically, professionally and objectively is far different from watching the nightly news and cable programs. We all agree the report is convincing, startling, and unsettling. It reveals countless specific instances of contacts between members of the Trump campaign and people (not just Russians) with ties to the Russian government.”

Ryan said the Cedar Rapids group was amazed at the extent of the ruthless information gathering and deceptive redistribution of leaked and fabricated communication. This was eye-opening to those not born into the technology of the 21st Century. The manipulation of information was shocking.

The Cedar Rapids group will discuss Volume II of the report and Mueller’s testimony on Sunday, August 4, at 3:00 p.m. at the downtown Cedar Rapids Public Library, in the second-floor conference room.

During her April town halls, Ernst was dogged by questions about the Mueller report. She stated on April 26 in Dubuque that she had not read it. Nevertheless, she asserted it was time to move on, and that by publicly releasing the report with redactions, all obligations had been met. Ernst later told the Des Moines Register that hearings with Mueller would not be necessary.

Some 20 activists visited Ernst’s Cedar Rapids office on July 2 with the intention of reading excerpts of the Mueller Report to staffers, to ensure the senator was aware of the most egregious and worrying findings. Staffer Brittany Zumbach indicated this was not a good use of her time and stopped the reading, but invited the readers to share their concerns. A Grassley staffer joined Zumbach for the conversations.

Throughout the afternoon, new constituents rotated into the office and attempted to read from the Mueller report. Each group was asked to stop; however, they remained in the office, talking about issues and questioning staffers. The first group was told Ernst–a member of the Senate Judiciary Committee–had not read the report herself, but had lawyers read it on her behalf and provide her with a summary. Later groups were told Ernst had read the Mueller report.

After nearly four hours speaking to the senators’ staffers, there was still uncertainty about any actions Ernst or Grassley planned to prevent foreign interference in future elections. Whether Ernst had read the special counsel’s report remained unclear.

The local Indivisible chapter in Ernst’s hometown of Red Oak (Montgomery County) organized a book club to read and discuss the nearly 500-page report. The club met during June and July at a local coffee shop. 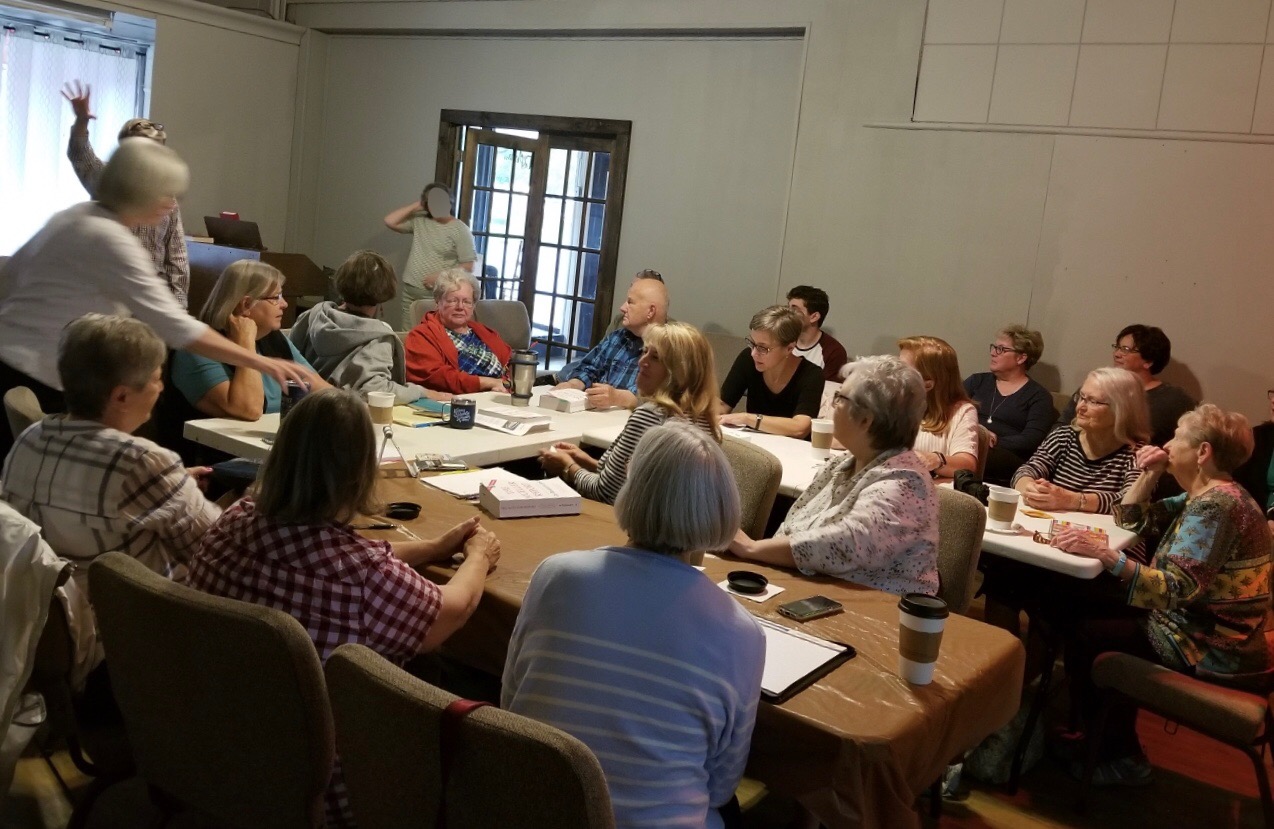 Many members proudly wear buttons stating, “I read the Mueller Report,” to reflect their accomplishments and as a conversation-starter.

One of the Red Oak organizers, Jan Norris, stated, “Knowledge is power. None of us should allow the pundit of our choice to tell us what to think, and there is no way to make up your mind unless you have it read it yourself.” The group had planned to complete the reading to coincide with the House hearing, originally scheduled for July 17. The next Southwest Iowa Mueller Book Club meeting for post-testimony analysis will be on July 29 at 10:30 am at The Bridge Coffeehouse in Red Oak.

At public events during the Senate’s August recess, Iowans will no doubt ask Ernst about the special counsel’s findings, possible obstruction of justice by the president, and ways to secure future elections. The senator would do well to follow the lead of her constituents and read the report, if she hasn’t already.

Editor’s note from Laura Belin: You can download and read both volumes of the special counsel’s report here. Bleeding Heartland previously published the findings that mentioned Iowan Sam Clovis and Barbara Ledeen, a senior staffer for U.S. Senator Chuck Grassley on the Senate Judiciary Committee. Clovis brought Carter Page and George Papadopoulos on as Trump campaign foreign policy advisers. Ledeen had conducted her own investigation into Hillary Clinton’s use of a private e-mail server and “provided updates to Flynn about her efforts throughout the summer of 2016,” Mueller’s investigators learned.