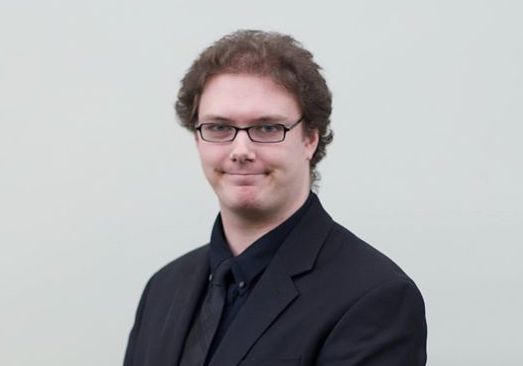 My name is Nino Erba, and I'm a candidate for Dubuque City Council this year. I'm running in Ward 4, which encompasses downtown and the wealthier households over the bluffs of our city. I'm running because after being involved for so long in city politics and understanding what's going on in our city and why things happen, it's time for a radical change. And I believe I'm best equipped for bringing about that change.

My platform is what I call my C-SHAPE platform, as an anagram of my six most important policy areas: City Business, Sustainability, Housing, Accountability, Public Safety, and Economy. You can find more details on my platform on my Facebook page and also on my campaign website.

I'm running as an unapologetic leftist after being inspired by my leftist comrades on Facebook and in real life, as well as my participation with groups such as the NAACP and the Dubuque chapter of the Democratic Socialists of America. My hope is to bring what I've learned from my connections and bring that to the City of Dubuque, where structural change is desperately needed.

Some more important facts to get out of the way. The City of Dubuque describes on its website that the window for filing nomination papers is no more than 71 days and no less than 47 days before the general election date. To put that in perspective, the Iowa Secretary of State website has marked that window down for this year as August 26 to September 19. Let me repeat for emphasis: AUGUST 26 TO SEPTEMBER 19. That's three and a half weeks to officially get yourself on the ballot, so this is not only helpful for me, but also for Iowans looking to run for other city offices this year. [Editor's note: here's other important information for prospective local candidates.]

Here's how it works: You type in your zip code, then you type in your address and the search results will tell you where to go to vote. For example, for the polling place for 672 Central Ave, Dubuque, IA 52001 (the most accurate search for my old address), the search result is found to be the City of Dubuque Election Annex, located at 75 Locust Street in Dubuque (or if you need a visual, here's Google Maps).

All of this is very important. With about 90 days before election day, my candidacy and many others in Iowa depend on us being as prepared as possible. Just in case you're still wondering what I'm running for, I'm enclosing my written speech from when I officially declared my intention to run on May 10. Enjoy!

Our day to day lives are shaped by forces we both can and can’t control. What’s underappreciated is how many of the forces in our lives that we can control. Nothing is ever inevitable. Think of the many examples of how society was inevitable until it wasn’t.

One-hundred and fifty-five years ago, this country was in a blood-soaked war over the very question of whether it’s ok to own people as property. While this ideal has never been fully realized, the question was answered victoriously by the abolitionist side and those who fought on it.

One-hundred and fifty years ago, this country was still struggling with the concept of allowing nonwhite citizens the right to vote. While this ideal has never been fully realized, the ideal was won decisively by the architects of Reconstruction and the thousands of nonwhite citizens who shed blood to see it happen.

One hundred years ago, this country was still struggling with the concept of allowing women to vote. While this ideal has never been fully realized, the ideal was won decisively by the suffragettes and the many women whose efforts have until recently gone underappreciated.

Fifty-five years ago, this country was still struggling with the concept of ending discrimination based on race and many other factors. While this ideal has never been fully realized, the ideal was won decisively by the civil rights movement, its allies and the generations that followed.

Fifty years ago, this country was still struggling with the concept that those who did not fit the sexuality and gender binaries are considered normal. While this ideal has never been fully realized, the ideal was won decisively by the front lines of the Stonewall riots and the generations that followed.

Thirty years ago, this country was still struggling with the concept that people who weren’t able-bodied or fit neurotypical standards are considered not just normal, but human. While this ideal has never been fully realized, the ideal was won by the disabled community who fought for the Americans with Disabilities Act and the generations that followed.

The outcasts of society have always fought for their recognition to be seen as human and worthy of the privileges that “normal” people have always enjoyed. Now it’s time for us outcasts and our allies to band together and defeat our last shared enemy: capitalism. The great harbinger of our woes throughout the centuries. The model of economics that enforces exploitation and brainwashing so that a privileged few enjoy the fruits of our labor. The omnipresent background noise of our misery and desperation. The deeply ingrained disease of our world that poisons our bodies and morals. While it remains, we are never free.

I’m running for city council not because I was called to some higher purpose or because I’m seizing an opportunity. I’m running for city council because we’re at a stage in history where we need a movement to change the course we’re currently on. Our time to fix our cornucopia of crises is quickly running out. Now is not the time for us to pine about reaching across the aisle or make empty promises about wanting to work together. Now is the time to get shit done.

If these calls to get radical instill fear in your hearts, the misconception is understandable. We have been led to believe that the leap to becoming radical requires an overnight process of forsaking all of our comforts and starting from a clean slate. But we’ve been lied to. Every moment of our lives is an opportunity to start getting radical, because these opportunities are everywhere.

It's in our mailboxes, where the bills never stop coming and never seem to get any smaller. It’s in our kitchens, where the cost of living has risen so much, we sometimes find that there isn’t even food to eat for tomorrow. It’s in our bedrooms, where we lose asleep thinking about the dire global situation we’re in. It’s in our living rooms, where some of us have languished so long without employment that it’s like we don’t even exist. It’s in our rental units, where landlords prey on us by coercing us into paying money just for a roof over our hands, raise the rent at the worst time, and even go as far as sexually exploiting tenants because they hold the power. It’s in our workplaces, where we overwork ourselves just to tread water and sometimes enter a battleground every time we come to work to fend off customers and management who think they can get away with turning us into slabs of meat. It’s in our schools, where our children are struggling to succeed in a school district that was never meant for them to succeed. It’s in our city government, where the concerns of an anxious populace largely go unheard, drowned out by an agenda they had no influence in creating. It’s in the air we breathe, poisoned by chemicals and pollution we were tricked into believing were necessary for our society. It’s in the water we drink, poisoned by chemicals and pollution we were tricked into believing were necessary for our society.

We don’t have time left. Get radical.

Our calls for revolution are not ironic. They’re not jaded. They come from a repressed anger that has been building to a head and is now driving us to fight for justice. Our bodies quiver with the passion we hold in our hearts and the dreams we hold in our minds. As Che Guevara said, “If you tremble with indignation at every injustice, then you are a comrade of mine.” The power we feel is a reminder of what we can accomplish.

If the last decade showed us how much the rich and powerful can get away with without being held accountable, and this decade reminded us of our collective power, this next decade is where we take that power back. We only have a decade before climate change sends human civilization into an irreversible decline. We only have a short amount of time to fix our world. The election might be held on November 5, but it doesn’t begin or end there. It begins with us as individuals, bonding with our friends and neighbors to become a collective, the collective transforming one city at a time, until all the world is transformed in our image. We have the power, we have the numbers, and we have the world to win.