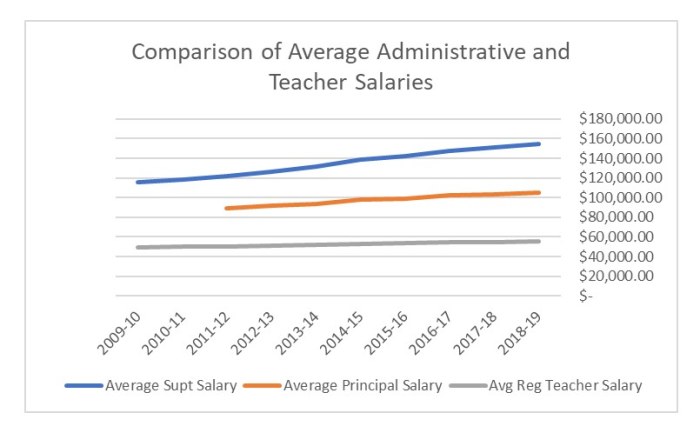 Randy Richardson found that Iowa teacher pay is lagging further behind salaries for principals and superintendents. The growing disparity "should be a cause for concern," he argues. -promoted by Laura Belin

The Economic Policy Institute released a report on August 14 detailing the huge wage gap between CEOs and their employees. That report focused on private sector workers and their bosses.

Since local school districts are among the largest employers in Iowa, I thought it would be worthwhile to compare the salaries of school district administrators and teachers.

The Iowa Department of Education had information on salaries for superintendents and teachers reaching back ten years. Salary data for building principals was only reported for the last eight years. For this comparison, I used data for regular teacher salaries. “Regular” teacher salaries are those salaries that all teachers receive for their teaching assignment. Extra duty pay for things like coaching and sponsorships was not included.

It’s important to look at the growing disparity in salary during this time. As a percentage of teacher salary, the gap between teachers’ salaries and those of a superintendent widened and was 46 percent greater in 2018-2019 than it had been ten years earlier. While principals also saw a much larger salary increase than teachers, it should be noted that the salary gap only widened by about ten percent during that time. 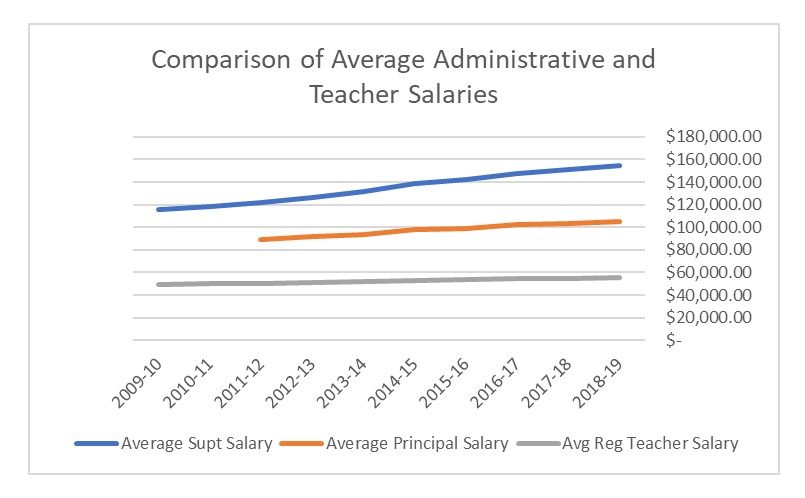 I put the same data in a table. 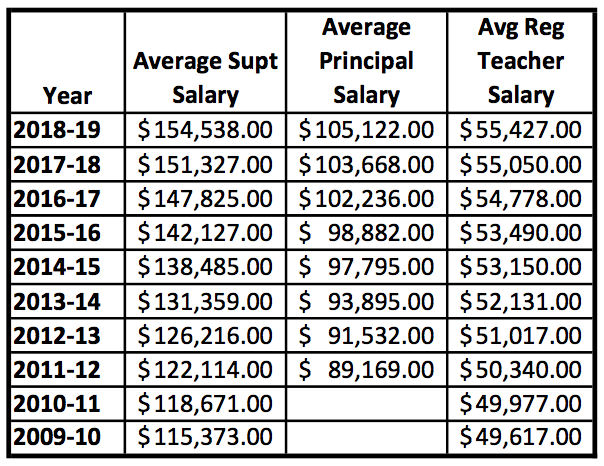 Several factors contribute to this trend. They include:

1. Teachers are more susceptible to underfunding of schools. During this ten-year period, Iowa saw some of the lowest increases in state spending on K-12 education in decades. Although most teachers are represented by the union, during bargaining those salary increases are historically limited by comparability and school finances.

2. It has become common practice for Iowa school boards to increase administrator salaries by the same percentage as teacher salaries. While that sounds fair, anyone with a basic understanding of math can tell you what happens when you multiply something by a larger number. That practice alone contributes greatly to the increased pay gap.

3. Teacher turnover also plays a major role. A number of districts have offered early retirement incentives to experienced teachers. Those more expensive teachers are then replaced by new teachers who can be paid less. School districts may announce that they have agreed to give teachers a 3 percent salary increase, but in reality teacher turnover usually means the district spends much less than that amount.

4. Supply and demand works well for superintendents. With just over 300 school districts in the state, there are a limited number of position available and the pool of qualified candidates is quite small. Considering the huge gap in pay between teachers and superintendents, I suppose a superintendent could request a smaller increase in pay, but I haven’t seen a lot of those gestures.

5. Changes to collective bargaining haven’t helped teachers. We now have two years of data to look at since Republicans rammed through changes to Iowa’s collective bargaining law. In 2017-2018, the average teacher salary only increased by $272 (0.50 percent). In 2018-2019, the average salary increased by a whopping $377 (0.68 percent). Those changes didn’t impact administrators, however, since principal salaries increased by an average of over $1,400 and superintendent salaries increased by an average of over $3,300 during those same years.

While the disparity between school administrators and teachers hasn’t reached the enormity of that between private sector CEOs and their employees, it is getting larger and should be a cause for concern. I’ve only looked at differences in pay. If we also included the relatively lavish benefits some superintendents receive, the gap would be even larger.

Local school boards need to be made aware of these trends and encouraged to address them. Public employees are unlikely to regain their bargaining rights anytime soon, so teachers need to find alternative ways to apply pressure to school boards and the public to see that this gap is narrowed.