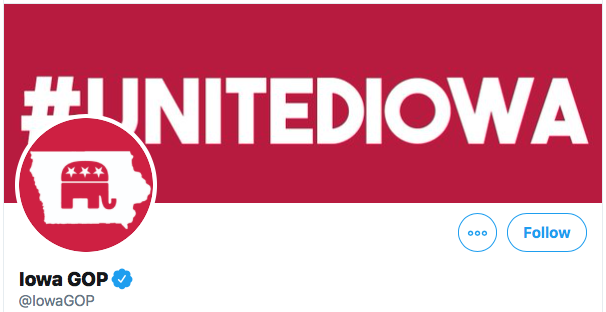 The Iowa Republican caucuses have always been a simple affair. Unlike Democrats, who allocate county convention delegates for presidential candidates according to a complicated formula, Republican caucus-goers write the name of their preferred candidate on a piece of paper. Most attendees leave their precinct caucuses after the straw poll, leaving the hard-core activists to take care of other party business.

Several other state Republican parties are canceling caucuses or primaries to “cut off oxygen to Donald Trump’s long-shot primary challengers,” Politico’s Alex Isenstadt was first to report. Three other candidates have said they will seek the GOP nomination.

Former Massachusetts Governor Bill Weld, the Libertarian nominee for vice president in 2016, was first join the field. He is running as a “normal Republican,” focusing on the federal deficit, debt, and Trump’s foreign policy failures.

Former South Carolina Governor and U.S. Representative Mark Sanford, who just made his candidacy official on September 8, is running against the president’s trade policies and failure to reduce the debt.

Former U.S. Representative Joe Walsh is attacking the president’s character, saying Trump is “unfit to be president,” a “clear and present danger,” and a “conman” who “doesn’t believe in anything.”

For now, Trump has been content to insult his primary challengers on Twitter. Polls show he continues to enjoy massive support from Republicans.

But what if the president’s political standing deteriorates in the coming months? He’s been even more erratic than usual lately, setting off a bizarre spat with Denmark, corrupting the National Weather Service, and floating the idea of bringing Taliban leaders to Camp David during the week of the 9/11 anniversary.

The Iowa GOP maintains it will go ahead with the usual Republican caucuses next year. But when far-right Republican Pat Buchanan ran against President George H.W. Bush, state party leaders opted not to make presidential preference part of the 1992 caucuses.

“I can’t imagine there wouldn’t be a straw poll,” Kaufmann said.

“I would assume we would still have a straw poll because, if not for anything else, this is yet another dry run for four years from now when we may have an avalanche of voters,” he said. […]

Kaufmann said he plans not to endorse any candidates or encourage Iowans to support one candidate. But in most ways, he said, he’ll be backing the president.

“I have a Republican president in the White House, and I’m going to be silent for two years if someone is pushing back on policies that my state, my party, my platform supports? Absolutely not,” he said. “I should be fired on the spot if I am not supporting the sitting president. That is one of the fundamental duties (of my job).”

Indeed, the Iowa GOP uses a #UnitedIowa hashtag as a banner on social media and has organized several “MAGA Meetups” to watch Trump’s rally in North Carolina tonight.

REMINDER: Several #MAGAMeetups are happening across the state tonight! Click below to find one near you 👇#LeadRight @TeamTrump https://t.co/JmPuXGhVFj

Trump headlined a fundraiser for the Iowa GOP in June, which brought in more than $250,000 in federally-disclosed contributions alone. (Some five-figure gifts connected to that fundraiser, such as a $25,000 contribution from Hy-Vee’s PAC, won’t be disclosed until the state party files its next report with the Iowa Ethics and Campaign Disclosure Board in January.)

Does anyone think Kaufmann and his State Central Committee members wouldn’t comply if Trump let it be known directly or through intermediaries that he doesn’t want Republican critics to gain any traction through the 2020 caucuses?

Kaufmann enjoys punching down from time to time but never speaks truth to Republicans in power. Whatever plans “remain unchanged” today can be (and likely will be) altered if Trump gives the order.

Perhaps Trump is still so popular among Iowa Republicans that he will welcome a straw poll in February, as a way to show his dominance. We’ll get a clue when the Des Moines Register releases findings from its next survey of caucus-goers.