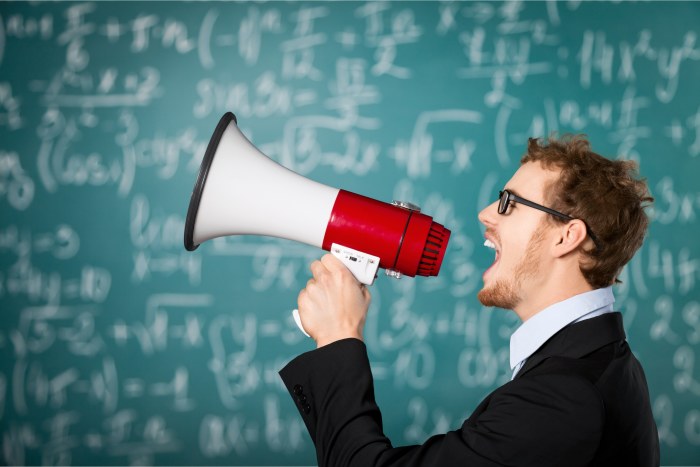 Let's get their attention!

Bruce Lear: Strikes are not an option for Iowa’s public sector workers, but teachers can get politicians’ attention in other ways. -promoted by Laura Belin

There once was a farmer who desperately needed a mule. He heard one of his neighbors had the best mule in the county, so he went over to buy it. His neighbor said, “Yup he’s a great mule, but you have to treat him with tender loving care to get him to work.” The farmer bought the mule, took it home and hitched it up.

He called the neighbor who sold him the mule, who came over, assessed the situation, and hit the mule right between the eyes with an axe handle.

“Wait, I thought you said to treat him with tender loving care,” the buyer yelled.

“I did, but first you need to get his attention,” the seller replied.

Every public school district has the same middle name, COMMUNITY. It’s time for educators and the community to get the attention of Iowa’s political leaders. And yes, it’s going to “take a village.”

The obvious way to draw publicity would be to have a big noisy teacher strike, with lots of signs, and maybe a night or two in jail. It sounds easy. It isn’t.

That’s not an option for most Iowa teachers and other public sector workers because of the penalties for going on strike. In the private sector, workers can withhold work, fight to get a fair contract, and then eventually go back to work when the strike is settled.

Under Iowa law, a public sector employee would lose his or her job, and in the case of a teacher, a license. The local union would lose what remains of its Master Contract. The union supporting the strike would lose its right to represent that local for a year–potentially permanently–and also may be fined daily for contempt of court.

During my 38 years of being active as a teacher and then as a UniServ director, I found that teacher complaints about their jobs are often chalked off by many as “teacher whining,” instead of teachers advocating for their profession. Administrators and politicians begin to listen when parents and constituents join in with the same message. But first we need to get their attention!

In 1970, four years before there was a collective bargaining law in Iowa and four years before there were penalties for public sector strikes, there was a wildcat strike in Keokuk, Iowa. The community was supportive but what really got the politician’s attention was photos of teachers behind bars trying to negotiate a contract. No one wanted to see their teacher in jail for even a night. Both political parties knew they needed to do something.

So in 1974, a public sector bargaining bill was passed with bipartisan support, and signed by Robert Ray, a Republican governor. The law contained a delicate compromise to make public sector strikes illegal in exchange for allowing public sector employees the right to organize and collectively bargain.

That law worked until 2017, when Republicans took a meat cleaver to the compromise by ramming the gutting of the law through the legislature. They cynically left the strike moratorium language intact, but created a kind of collective bargaining lite, where the only mandatory topic of bargaining is base salary.

Labor leaders can’t pretend 2017 didn’t happen. This bad dream is a reality. It’s time for educators and the community to get the politicians’ attention through a series of events statewide. I would suggest a three-step organizing approach.

The first step for local educators is to find a community group that will help with planning. Almost every community school district in Iowa has a PTA or a PTO. I would start there. If not, I’d try to tap the local Progressive Women or maybe the Indivisible Iowa group. It could be some parents teachers know and trust, or even a willing church group.

Next, I’d plan an evening or two to talk about problems facing the community school district. The discussion should be student-centered. There is no problem with talking about teacher pay, benefits, and working conditions, but that conversation should be in the context of how those things impact students. The community may love their teachers, but they love their children more.

For example, in urban districts the problem might be class size numbers. In rural districts, it might be lack of facilities or college-level AP courses. In all Iowa districts, the overriding issue will soon be the lack of qualified teachers for the future.

Next, I would brainstorm around one or more events that might get the attention of politicians and ignite the community into action. The event is the beginning, not the end. The community effort will need to be ongoing and organized.

Over the years, I learned that the local media craves student-centered stories about their school. It won’t take much to get some reporters’ attention. For example, a few years ago when hundreds of teacher jobs were on the chopping block, Suzy Card, a creative UniServ director, came up with the idea of educators wearing pink on April 30, the deadline for teacher “pink slips.”

The Iowa State Education Association ran with the idea. That small action got attention locally and statewide. It showed school districts that educators were united.

Another example might be to organize a bake sale, and call it something like “Cakes for Class Size.” Shame the political leaders who won’t vote for public school funding by using a tag line like “We will, because they won’t.” Have pictures of the politicians who voted against funding on all of the advertisements. Yes, a gimmick, and yes, corny, but corny gimmicks sometimes go viral.

When a group of determined people get together and brainstorm, there’s a good chance they will come up with some spectacular ideas.

Sure, there are some obvious ways to draw publicity, like informational picketing, staging funerals for public education, and organizing a student walk-out. They’ll work if the organizing group and the community are ready for the axe handle approach. But my guess is one size doesn’t fit all. My other guess is most Iowa communities are ready to do something to get things started toward once again making public education, a true Iowa value.

Bruce Lear lives in Sioux City and recently retired after 38 years of being connected to public schools. He was a teacher for eleven years and a regional director for the Iowa State Education Association for 27 years.