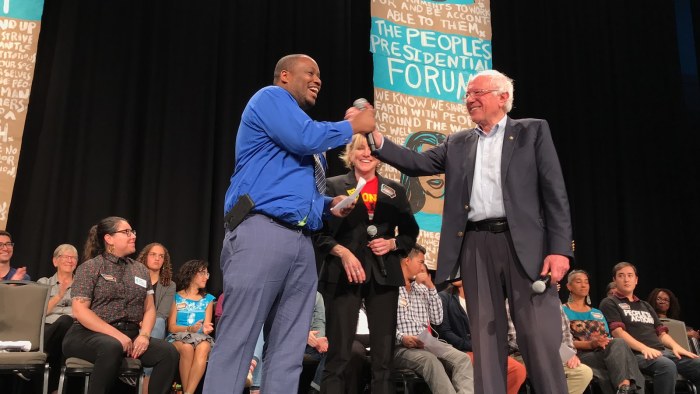 While thousands sat in single-lane traffic at Water Works Park hoping to hear seventeen presidential candidates deliver ten-minute stump speeches, several thousand Midwesterners from five states crammed into the Iowa Events Center on September 21 to listen to four candidates explain at length why they deserved the votes of progressives.

The People's Presidential Forum, co-sponsored by the national organization People's Action and Iowa Citizens for Community Improvement Action, brought together family farmers, first-generation immigrants, and poverty-wage workers to relate their personal stories of economic, societal, and legal injustice, and ask candidates directly about what they intended to do about those when they were elected president.

Where the overwhelming number of Steak Fry attendees were white, Gen X or older, forum attendees were black, brown and white, young and not as young. In fact, one of the loudest groups was the Jane Addams Senior Caucus from Chicago.

No steaks were served at the forum, but there was plenty of beef, and no chicken.

Protestations of "That ain't right!" punctuated speakers' stories of personal experience with unaffordable illness, homelessness, income discrimination, and environmental disaster. Far from the moderates who have lined up behind former Vice President Joe Biden and, to some extent, Senator Kamala Harris, those devoted union members, students and community activists at the forum were far more representative of what former presidential candidate Howard Dean used to describe as "the Democratic wing of the Democratic Party."

The audience expected nothing less from the candidates than to use the power of the presidency to adopt progressive solutions. But while Senators Elizabeth Warren and Bernie Sanders and former Housing and Urban Development Secretary Julian Castro electrified the crowd with their calls for Medicare for All, immigration reform, and breaking up corporate farms, some jeers greeted Mayor Pete Buttigieg's insistence on combining private health insurance with a public option -- "We don't have to command you to take the public alternative. If it's better, you'll take it," he said -- as well as his advocacy of free college, but not for all. "I don't feel we should prioritize paying for the children of the very wealthy to go to college" because they can pay for themselves, Buttigieg said.

More to the audience's liking was Warren's advocacy for family farms. "We have the laws to break up big ag, and I have the courage to enforce those laws," said Warren, who has gained ground in the polls by de-emphasizing her credentials as a Northeastern senator and instead harkening to her Oklahoma roots. She seemed comfortable and insistent discussing agricultural issues, saying rural America should be about "new farms and small communities, new farmers, and protecting rural hospitals, and internet everywhere."

However, the insistence on the power of the ballot was missing. There were only three mentions of the need to vote -- essential considering that Donald Trump won the key states of Michigan, Pennsylvania and Wisconsin by a total of 1.7 percentage points. One speaker even ignorantly and naively back-seated the priority of voting to marching and organizing. Editor's note: In a statement enclosed below, CCI Action says multiple speakers emphasized the importance of voting.

But it was Sanders who made the wisest call. Speaking directly to the younger audience members, he said, "Today's younger generation is the most progressive in the history of this country -- but they don't vote." And you couldn't help wondering how many young people of voting age at this forum were registered.

In fact, although various groups occupied sign-up tables outside the ballroom, . CORRECTION: According to Iowa CCI Action, tables with voter registration forms were set up at the event. See the full statement at the end of this post.

There needed to be more than mere allusions to the power of the poll. Castro, the onetime mayor of San Antonio, Texas, recounted constantly how residents of that community effected changes by voting for them. "Progress never happens by accident," Castro noted. "It happens by movement. It's gonna take you." Sanders added later, "The only way change has ever taken place is when millions of people stand up to demand justice." That means abandoning purity, showing up at the voting booth, and casting your ballot for the Democratic candidate, regardless of who it is. As former President Bill Clinton was fond of saying, "Fall in love; then, fall in line."

The top photo of Bernie Sanders and those enclosed below came from a People's Forum news release. 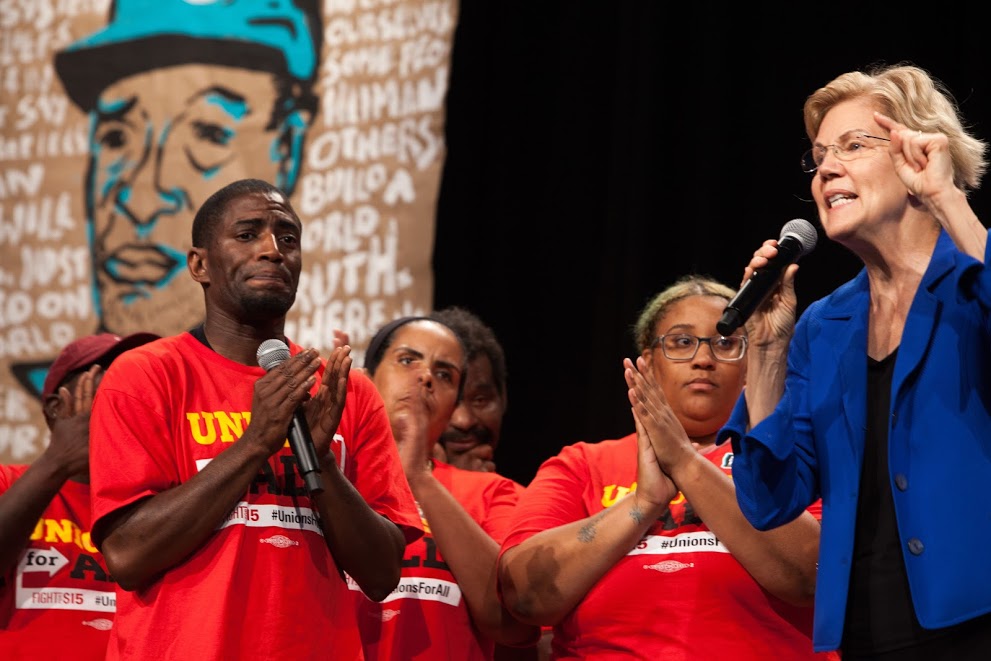 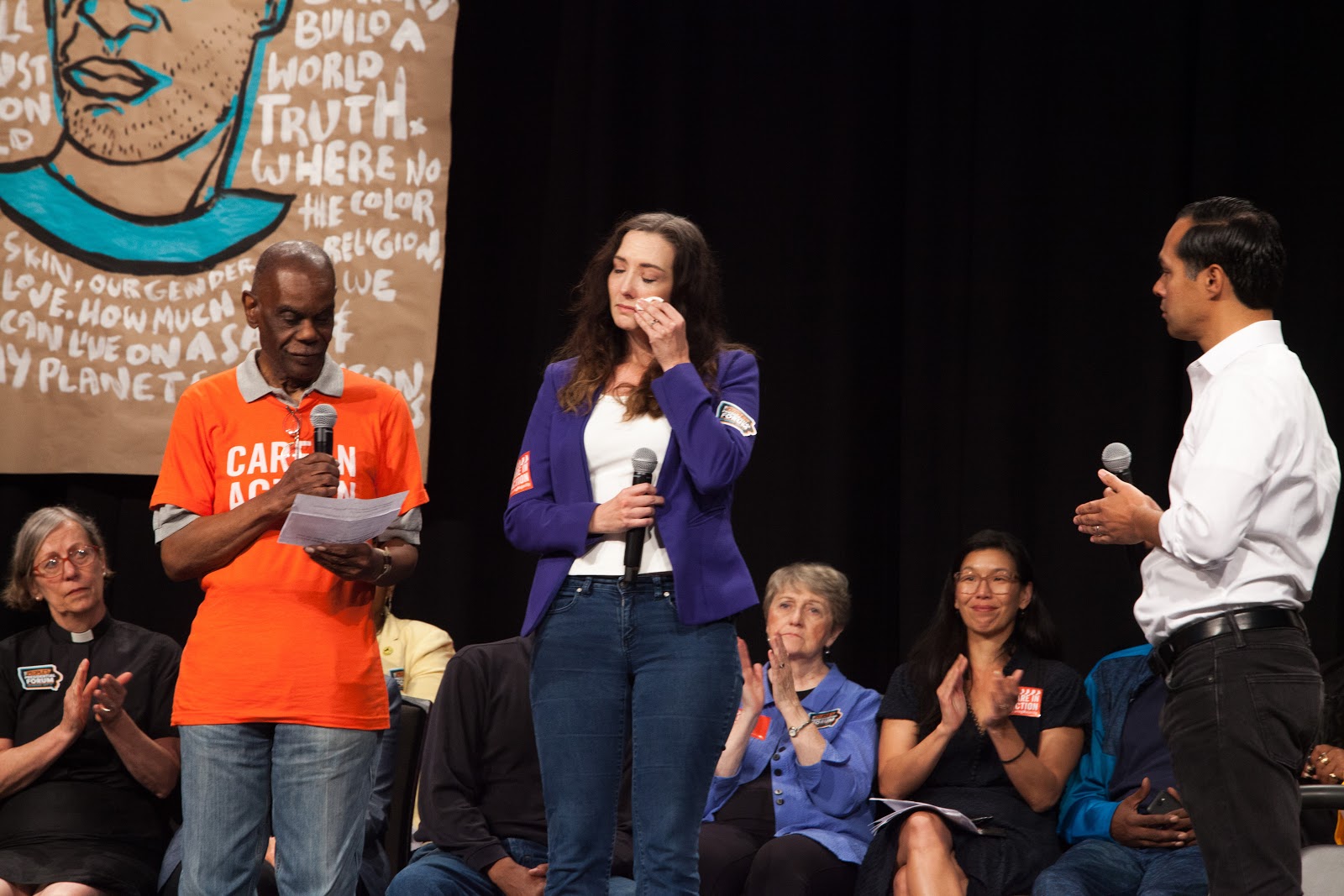 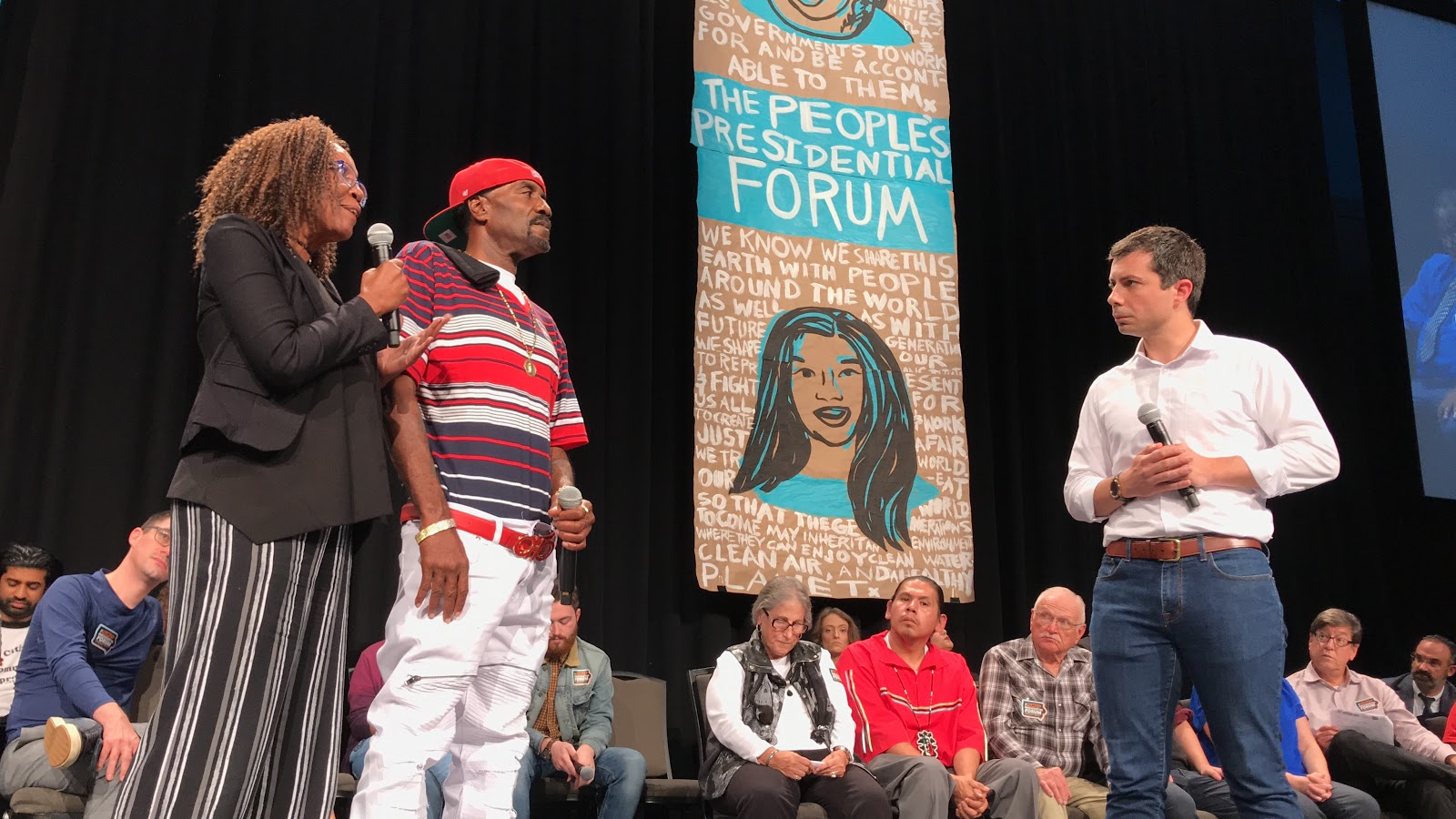 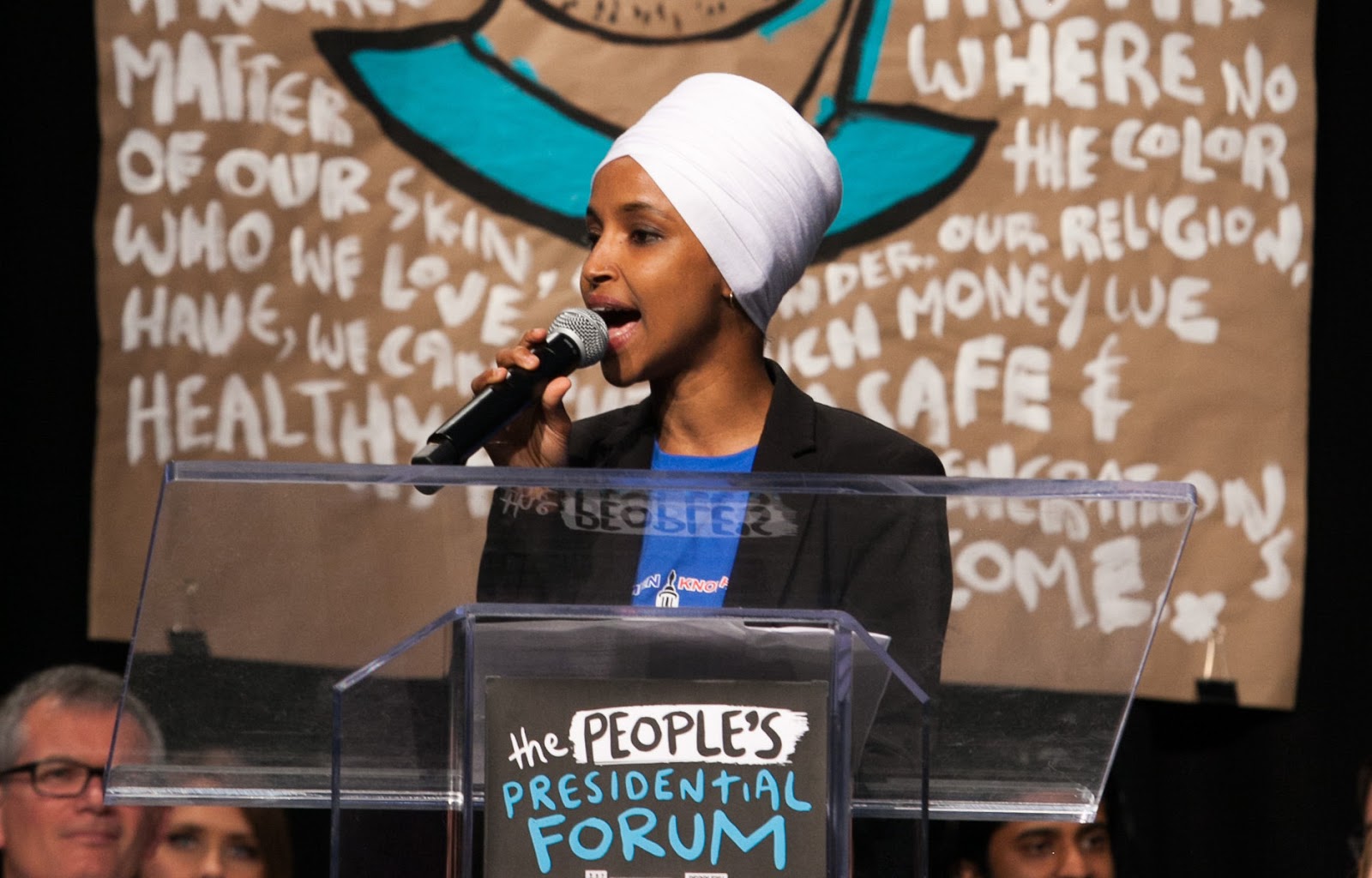 An article Sunday reported on the Iowa People's Forum incorrectly, stating that no one was registering voters at the event and that mentions of voting were only alluded to during the program. Iowa Citizens for Community Improvement Action had tables registering voters with voter registration forms. There were also multiple explicit references to the importance of voting, including in the framing of the event during the invocation, in testimonies from local elected officials who spoke of the necessity to run and vote for movement candidates, and also People's Action's Director George Goehl who kicked off the event with a commitment "to organize 47,310 volunteers to move 2,829,105 voters to vote for candidates who will enact the People’s Platform” in 2020."