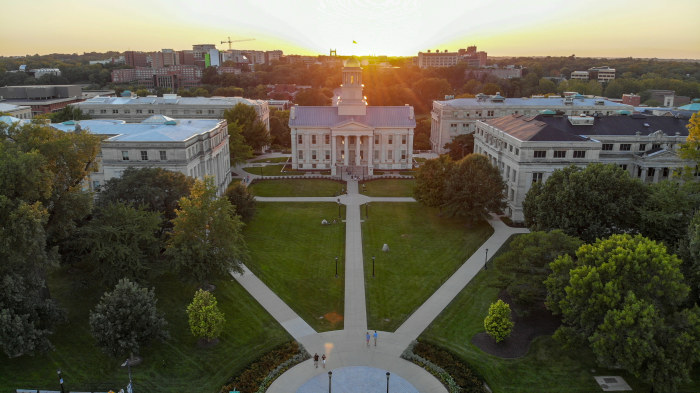 State Senator Joe Bolkcom makes the case against a deal to lease the University of Iowa utility system for 50 years. The Iowa Board of Regents are scheduled to vote on the plan on December 10, but important details have been kept from the public. -promoted by Laura Belin

It’s hard to believe that Governor Reynolds and legislative Republicans think it makes sense to borrow more than $1 billion dollars to pay for on-going programs at the University of Iowa over the next 50 years.

Like a hedge fund, the University of Iowa will invest this borrowed money in the markets, in hopes of realizing large capital gains to both payback the borrowed money to the investors and realize a financial gain to fund the university.

Like a home mortgage, every dollar that the university receives in an upfront payment will have to be paid back with interest over the next 50 years.

The plan relies on the performance of the markets to succeed. If for some reason the university can’t pay back the money, Iowa taxpayers will.

There’s no transparency in this secret deal.

Except for handful of legislative leaders and the governor’s office, Iowans have been left in the dark about the financial details of this secret deal. The assets of the University of Iowa belong to Iowa taxpayers, not any board or unelected administrator.

We have not privatized the University of Iowa yet! Iowans deserve a far more transparent process and a timely sharing of the financial details of such a complicated long-term deal.

Iowans have had no opportunity to express their views on the final details of the borrowing plan. Taxpayers deserve some straight answers to basic questions, including:

This is no way to run a public university. This is not a long-term solution to fund higher education. Iowa taxpayers and University of Iowa faculty, staff, and students deserve better.

Top photograph taken by Eduardo Medrano on September 14, 2018, featuring the old state capitol building and part of the University of Iowa campus, via Shutterstock.