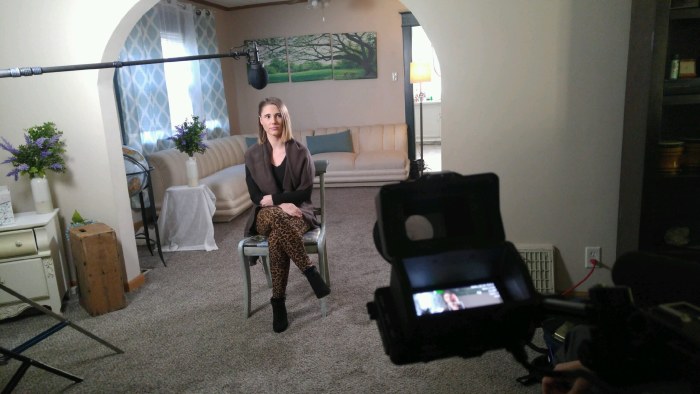 Why I am supporting Elizabeth Warren

Amanda Rex-Johnson is an activist in central Iowa. -promoted by Laura Belin

I started volunteering on presidential campaigns last year long before I had identified my favorite candidate. My goal was to support folks getting more involved in the Iowa caucuses while advocating accessibility needs directly to the campaigns.

Not all the campaigns were easy to engage with. Despite multiple efforts, I was unable to connect with a top candidate’s operation here in Des Moines. When I found out that one of his top staffers would be a guest speaker at a training I was attending, I was excited to finally have a chance to ask how to volunteer and what they were doing to make their campaign more accessible for volunteers and organizers.

My questions around accessibility seemed to be deflected, but the next question was a follow up to mine. For clarification, I was given more time to explain my concerns about how campaigns accommodate (or, more often, fail to accommodate) supporters with disabilities, single parents, and folks with major commitments in general.

I focused on three things to expand access to political activism:

1. The inability to knock doors doesn’t mean someone is unable to be a successful organizer.

2. Organizing jobs can and should be more accommodating to the Democratic base.

3. Without equal opportunity, how can we have equal representation?

The response was disheartening.

The senior staffer to whom I’d made my case was noncommittal: “If you can’t do the job, just like any job, you won’t be hired,” was the gist.

I was shocked by the bluntness of the answer, but not surprised by its substance. I followed up with some ideas on how to implement a more inclusive organizing structure, but the conversation moved on.

Shortly after, I met with an organizer on Senator Elizabeth Warren’s campaign. Instead of being dismissive of my grievances, he was enthused at the chance to explain Warren’s equal access campaign strategy. I was met with consideration when I pointed out things I felt were still missing — he took notes, followed up with an email, and provided me with multiple volunteer opportunities.

I never heard back from the campaign at the training event, although I still wanted to be involved. But I did get my feet wet with other campaigns. The persistence from Warren’s was unmatched.

Warren’s Iowa staff allowed me to dive in, as a mom of two young children, one with health issues and both more than a handful. My local Warren field organizer spent hours listening to me, and together we strategized ways to make the campaign more accessible. A few weeks later, he informed me he found a volunteer to watch my children so I could knock my precinct without the added cost of childcare — a volunteer who met my vetting process and comfort level.

I was allowed to create a space for kids at events, and staff helped me prep debate watch parties, with kids’ participation encouraged. I watched as staff guided the elderly, disabled, and families with small children to head toward the front of Elizabeth’s famous selfie lines.

Elizabeth Warren’s ability to see a problem and meet it with a compassionate plan is a theme that runs throughout her entire campaign. I can say from personal experience that it extends all the way down to the precinct level on her campaign here in Iowa.

“She’s got a plan for that” is not just a catchphrase. It’s a guiding principle. If Elizabeth Warren and her operation can meet folks where they are from the start, just imagine the inclusiveness and progress of an Elizabeth Warren presidency.

Top image by Kent Pope, PMC Studios: Amanda Rex-Johnson records a message advocating passage of the Violence Against Women Act. Photo provided by the author and published with permission.