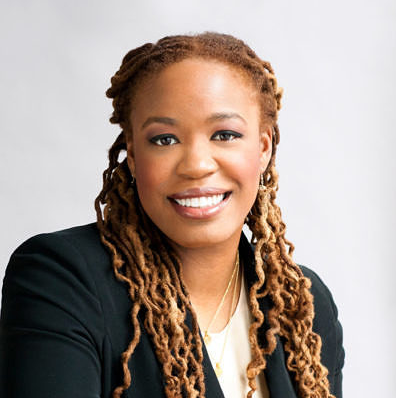 Charles Bruner is a longtime advocate for policies that support children and strengthen families. He has endorsed Elizabeth Warren for president. -promoted by Laura Belin

Iowans like to see presidential candidates in the flesh, but sometimes their surrogates offer perspectives that deserve as much attention.

In early January, Heather McGhee spoke on behalf of Elizabeth Warren to a small group of Iowans at Smokey Row in Des Moines. Her message, however, was one that deserves to be considered and heeded by Democrats and progressives more generally.

Born in 1980 and almost a millennial, Heather is part of the new wave of policy advocates, ascending within and then serving as president of Demos, a progressive policy think/action tank, from 2014 to 2018. Her connection to Elizabeth Warren is both professional and personal. Heather started her work with Demos fighting against predatory lending practices and collaborating with Elizabeth Warren’s daughter.

Even before the 2016 election, Heather McGhee set out the need for progressives to develop a multi-racial progressive movement that fights for social and racial justice. Her March 2016 commentary deserves to be reprinted and reviewed by all candidates and their staff as we head into the 2020 elections at all levels of government.

Excerpts from “Racism is their best weapon: How the 1 percent divided the American people and conquered the country,” first published at Demos and cross-posted at Salon:

For the past 40 years, the right wing has peddled a winning strategy. It sells the economic agenda of the 1% to working- and middle-class white voters through a hidden formula:

And they’ve been selling us this idea even as it has hurt Americans of all races whose wages have plummeted and economic insecurity has soared. […]

The result? No Democrat has won the majority of white voters since Lyndon Johnson. Further, this has led to ‘The Inequality Era’: Corporations writing their own rules, tax cuts for the wealthiest, slashed social spending, and unions on the ropes.

Corporate politicians are using the same playbook today—whether it’s blatant attacks on immigrants or subtle coded language like “makers and takers” and “free stuff” to pit white voters against people of color and undermine our willingness to fight together for progressive solutions that work for all of us. […]

Everything progressives want—debt-free college, universal health care, campaign finance rules, climate change solutions, workers’ rights—requires a belief in government and trust for each other. We are better than this, and we won’t stand for politicians denying the humanity and worth of our fellow Americans. Our future depends on creating a multiracial progressive movement that will fight for racial and economic justice together, and we are ready.