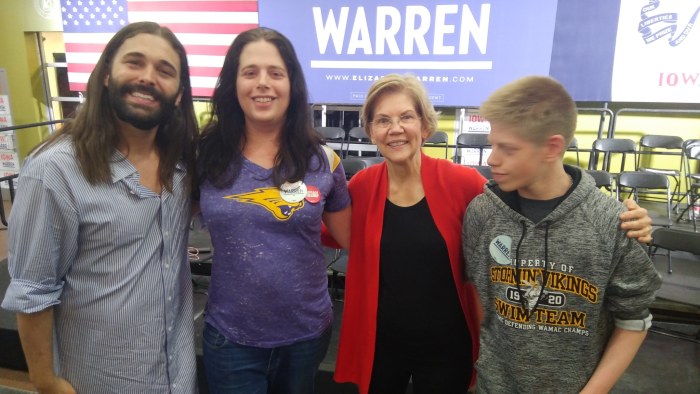 A few years ago, I stopped into a gas station near my house to grab a soda. As I was preparing to pay for it, I noticed that the cost of a bottle had increased slightly so I asked the clerk about it.

“Everything goes up except the wages,” he said.

“Hopefully that wouldn’t be true for much longer,” I replied.

At that time Linn County had initiated a plan to raise the minimum wage to $10.25. I had served on the working group that made the recommendation to the Board of Supervisors. And while $10.25 wasn’t yet a livable wage, it was a start.

Later that same year, I was working a temp job and talking with some of my fellow employees about the county’s actions. Many of them were excited to have the opportunity to be earning more and hopefully making their lives a little easier.

Then suddenly everything went wrong. Republicans captured the Iowa trifecta. Donald Trump became president and promptly abandoned any and all promises to help the working class and filled the pockets of their bosses instead.

For my part, I tried to lobby our GOP counterparts in Des Moines. If they weren’t going to raise the minimum wage themselves, at least stay out of the way of local governments trying to help our citizens.

The result was a bill Republicans approved along party lines in 2017, stripping local government’s ability to raise the minimum wage. That kept Iowa’s minimum wage at $7.25, where it has been stuck for 13 years while neighboring states offer the promise of more opportunities and better wages.

And at the same time, everything gets more expensive. The rate of increase in health care costs under the state’s Medicaid program have tripled, while costs through the Affordable Care Act exchanges rise exponentially because of Republican sabotage. The cost of education skyrockets because the state continues to cut back on funding. Consumer goods go up because of President Trump’s tariffs. Housing and rent prices continue to rise across all places in America. And consumer debt is the highest it’s been since the eve of the Great Recession.

Everything goes up except the wages.

At the same time, the president’s budget-busting $1.5 trillion handout for the rich got the fast-tracked rushed-in-the-middle-of-the-night treatment.

I mention this story because as we gather to choose our presidential nominee, there is a notion that as long as we just defeat Donald Trump, everything will go back to normal. We cannot just defeat Mr. Trump. We have to defeat an entire system that allowed this monster to ever have the opportunity to slither into the White House.

While I believe candidates like Joe Biden, Amy Klobuchar, and Pete Buttigieg are good and honorable people, they are naïve if they think the Republican Party will in any way be willing to help fix the issues that America faces.

Legitimizing or excusing this behavior means that it is only a matter of time before another Donald Trump rises to power. One perhaps without the glaring personality flaws that have undermined Mr. Trump’s more authoritarian impulses.

Defeating Trump and his Republican allies in office is an important first step. We have to fix the corrupting influence of money in politics. I feel that no candidate has articulated plans to fight corruption at every level of government more clearly than Elizabeth Warren. She pushed the primary field to reject corporate money and super PACs. Only she and Senator Bernie Sanders have kept that promise. Because the truth is that when big money gets a seat at the table the working and middle classes always lose.

While I was proud to have caucused for Sanders in 2016, what drew me to Warren in this cycle is her passion for the people of this country. She has taken time to understand the needs of people who have been marginalized and left without a voice in modern politics.

Speaking as Iowa’s first openly transgender elected official, I was humbled at the One Iowa presidential candidate forum in September when Warren mentioned the names of slain trans women of color, who are often ignored and denied justice and equal opportunity in huge swaths of this country. She has continually shown a real understanding of the issues facing LGBTQ+ Americans while other candidates struggle with the terminology.

And while many of you reading this may not identify as LGBTQ+, I believe Elizabeth Warren best represents America’s most sacred motto E Pluribus Unum– Out of many, one. Americans are a broad and diverse range of people, ethnicities, and backgrounds, but we are all Americans. Warren’s extensive policy plans would allow every American regardless of background the opportunity to succeed and live their best life.

Want to know how she’ll beat Donald Trump? With passion, hard work, and bringing people together, she’ll do it.

I heartily endorse Elizabeth Warren as the next president of the United States and ask my fellow Iowans to support her at the caucuses on February 3.