Dan Guild‘s final thoughts on the presidential race in Iowa, along with how tonight’s results could affect national and New Hampshire polling. -promoted by Laura Belin

My brief take on the current state of the race: I think the key will be Pete Buttigieg.

I came to Iowa a skeptic, but I have found his support is real.  If he is able to get 20 percent, he splits the moderate vote and Bernie Sanders’ margin may be larger than people see coming.  If Buttigieg falls below 15 percent, Joe Biden will likely benefit in reallocation and may beat Sanders.

Other questions and observations this morning: 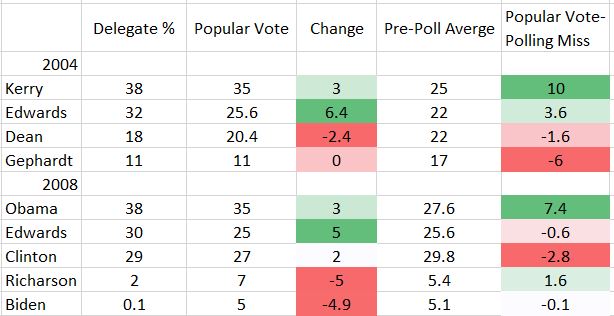 The state of the race: keep your eye on the Warren/Sanders versus Biden/Buttigieg/Klobuchar number.  My hunch is that the latter is bigger than the former, and may help the leader among Biden, Buttigieg, and Klobuchar significantly in re-allocation.