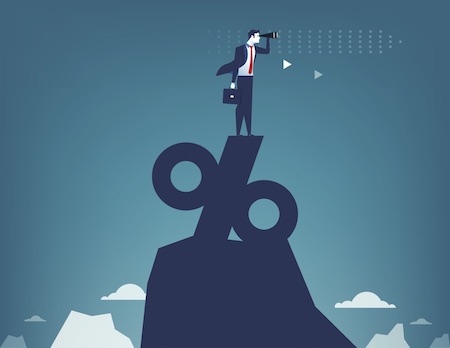 The terrible, horrible, no good, very bad way to pick a nominee

Primaries and caucuses allow only a small fraction of the electorate to influence the nomination, Ira Lacher writes. Is there a better way? -promoted by Laura Belin

There were 276,385 New Hampshirites eligible to vote in the Democratic primary. Which means Sanders was the choice of a quarter of less than a third of the state’s registered Democrats.

That’s not unusual. The total primary turnout in 2016, in which both parties had contested nominating contests, was less than 30 percent.

Sanders also won the Nevada caucuses, with 46 percent of the 55,607 caucusgoers out of almost 692,000 eligible Democrats. Which means Sanders was the favorite of less than half of 8 percent.

And this man is being touted as the front-runner to win the Democratic presidential nomination? With less support than a one-legged stool?

How democratic is that?

Of course, it’s not only the Democrats who commit this assault on democracy; the numbers are similar for Republicans .

Many have proposed different ways to choose a nominee. But all of them involve primaries, which means all of them still will have a tiny minority doing the selecting.

Few Americans–less than 4 in 10–believe the primary system is the best way to choose candidates. So is there a better way?

In 2017, Walter Shapiro, who for decades covered presidential politics for USA Today, The Washington Post, and others, authored a white paper for the Brennan Center for Justice. Titled “The Chosen One: Thoughts on a Better, Fairer, and Smarter Way to Pick Presidential Nominees,” the paper points out numerous obstacles to the primary system, particularly battles between national party committees and state governments; rules governing the primaries (or caucuses); the influence of big money; and the plethora of choices, which we saw on the Republican side in 2016 and this year’s Democratic race, which at its zenith (or nadir, depending on your viewpoint), encompassed a grotesque 31 candidates.

But Shapiro’s white paper still advocated for primaries, just fewer of them. It didn’t propose to solve the conundrum of a nominee being chosen by a small percentage of registered voters.

There are those who insist that choosing a nominee shouldn’t be a process of massive participation. Writing in The Federalist, Kyle Sammin argued for elitism. “[T]he purpose of a primary,” he wrote, “is not mass democracy; it is to select which person will receive the endorsement of a private organization. That no more needs the participation of outsiders than the selection of a company’s CEO or a church’s bishop. … Only people who care enough about the party to join it get to have their opinion heard. ”

And that’s the solution: Do away with political parties. No parties, no need for primaries.

Steve Almond is a commentator for WBUR radio in Boston, a key NPR member station. On the eve of the 2018 midterm elections he proposed abolishing political parties, which grew up only after the creation of the Republic. Almond’s premise was that parties have become symbols of our worst political prejudices, so that when people see party candidates they see not people, but labels.

“In a world without labels,” Almond wrote, “candidates would be forced to appeal more to common sense and problem solving than tribal prejudice and partisan attacks.” He added, “We should be voting, instead, for the candidates whose policy proposals most closely align with our values and goals.”

And if this resulted in four or five candidates running for president in November? All the better.

Oh, I know: What if no candidate received a majority in the Electoral College? What if the election were tied up for days — weeks, even, in the House of Representatives? What kind of a mess would that put us in?

Maybe that’s our trouble: We don’t like things messy. But maybe in making them simpler we made them worse. Consider that the next time you hear about some candidate’s “fabulous win” — and of the talk of “front-runner.”