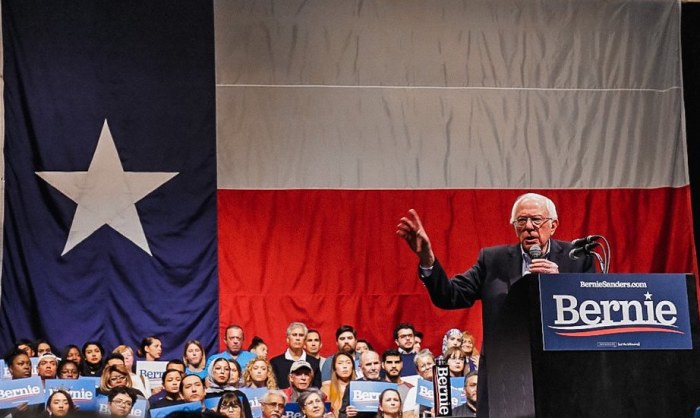 Mathematically, there is a way to stop Bernie Sanders, but it won't be easy.

THE LESSONS OF NEVADA

Sanders' win in Nevada revealed three sources of strength.  If these trends continue, his position is stronger than a delegate projection would reflect. 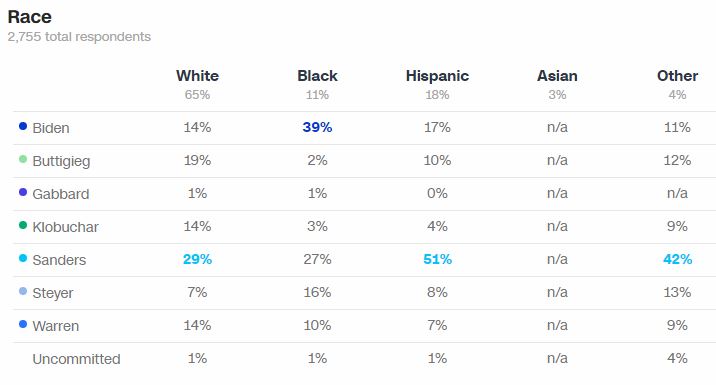 As was the case in 2016 I have been running delegate projects since March of 2019.  This is the projection as of this morning.  This uses state polling and estimates delegates at both the Congressional district and state level (delegates are awarded by a mix of CD's and States). 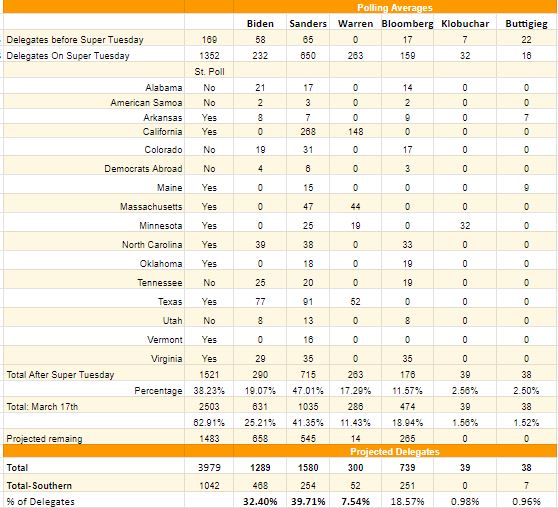 It is not hard to look at these numbers and envision scenarios where Sanders has either a very narrow margin or loses the delegate race. Mike Bloomberg and Biden both are not far from the 15 percent threshold in California, and it would not be a shock to see both net some delegates there.

In short, is there a way to stop Sanders?  Absolutely.

There are, as I see it, three reasons why this projection understates Sanders' strength:

Early voting is underway in California, North Carolina, and Texas. At least 20 percent of the vote in California has already been cast. Stopping Sanders is more than possible mathematically. But Nevada will make that much harder. People think in stories. Winning creates one story. Losing creates another. When these stories become accepted, it can be hard to change people's minds.