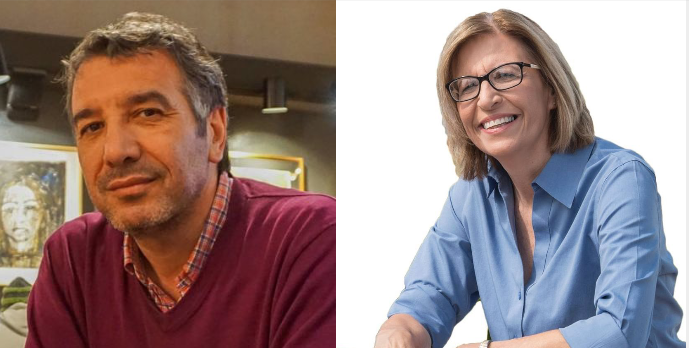 Democrats will not have a contested primary in Iowa’s second Congressional district after all. Newman Abuissa announced on March 2 that he is suspending his campaign.

In a news release, Abuissa thanked supporters of his campaign and peace activists in particular. “I had a very meaningful journey and the time has come to put my support with our capable candidate Rita Hart. It has been a busy political season and it is time to consolidate our Democratic efforts to keep our district blue.”

Abuissa declared his candidacy last June but had not raised or spent enough funds on his Congressional campaign to trigger Federal Election Commission reporting requirements. In contrast, Democratic front-runner Rita Hart had nearly $650,000 in the bank as of December 31. Many well-known Iowa Democrats statewide and around the IA-02 counties had also endorsed Hart, along with the Democratic Congressional Campaign Committee.

National election forecasters see IA-02 as a toss-up race, but I view Hart as favored to keep the seat in Democratic hands.

Republicans will have a competitive primary. State Senator Mariannette Miller-Meeks and long-shot candidate Rick Phillips have already submitted their nominating papers to the Iowa Secretary of State’s office. Phillips is from Pella and was the Constitution Party’s candidate for governor in 2010. FEC filings indicate his campaign raised no money in 2019, other than receiving a $2,000 loan from the candidate.

Former U.S. Representative Bobby Schilling is also expected to file in the Republican primary. He has been actively campaigning around the second district since last July. Elizabeth Meyer reported for Iowa Starting Line on Schilling’s pitch to voters in Fort Madison on February 27. I believe he will struggle to compete with Miller-Meeks, who has the backing of Iowa GOP heavyweights and the National Republican Congressional Committee. As of December 31, Miller-Meeks’s campaign had more than four times as much cash on hand as Schilling’s.