UPDATE: Bennett received about 94 percent of the vote in the June 2 primary.

A Republican would have no prayer of winning Iowa House district 65. Two-thirds of the voters in this part of Cedar Rapids (map enclosed below) supported President Barack Obama’s re-election in 2012, and more than 61 percent backed Hillary Clinton in the last presidential election.

State Representative Liz Bennett defeated her last two Republican opponents, Harry Foster in 2016 and George Olmstead in 2018, by two to one margins. Fred Hubbell likewise more than doubled the vote for Governor Kim Reynolds in the House district 65 precincts. The area contains 9,265 active registered Democrats, 3,711 Republicans, and 5,848 no-party voters, according to the latest official figures.

No one is seeking the GOP nomination in House district 65 this year. Instead, lifelong conservative Foster is trying to sneak into the seat by masquerading as a Democrat.

Foster filed to run in the Democratic primary on March 13, the last day Iowa state and federal candidates could submit nominating papers. He was the GOP challenger to State Senator Rob Hogg in 2014 and ran against Bennett two years later.

Shane Vander Hart interviewed Foster for the Caffeinated Thoughts blog in 2016. He hit every note you’d expect to hear from a conservative GOP candidate.

I reached Foster by phone on March 14. Highlights from our brief interview:

BH: So you still have the same views.

BH: But you’re running in the Democratic primary.

Foster: Yes. We have conservative Democrats.

BH: So you feel that you reflect–your viewpoints are consistent with conservative Democrats.

BH: Is there anything in the Democratic Party platform that you agree with?

Foster: I’m not familiar with their platform right now. I was hoping to get to their conventions, and they canceled them. [Editor’s note: the Iowa Democratic Party postponed its county conventions due to the coronavirus pandemic.]

BH: Oh, were you a county convention delegate?

BH: Oh, no, okay. Did you caucus with the Democrats on February 3?

Foster: No, I was out of town.

Foster said he changed his party registration before filing his nominating papers. Asked whether he had always been a registered Republican prior to that time, he told me, “You know, I really can’t remember that far back. I’m old.”

Foster did not release a statement announcing his candidacy and does not appear to have a campaign website or Facebook page. He declined to send me a photo or short biography.

I’ve long believed that incumbents should not expect a free pass in every primary. If a committed Democrat believes voters would be better represented by someone new, then by all means, try to make the case. (A spirited primary is underway in one of Iowa City’s state House districts.)

Bennett is an outstanding voice for her constituents, so I’d support her re-election regardless. But a primary against a real Democrat would at least be a fair fight.

Foster’s challenge is a dishonest Hail Mary pass from a party that could never win legitimately in this area. Anything can happen in a low-turnout primary, especially if Foster mobilizes his Republican supporters to change their party registrations before June 2.

Democrats living in House district 65 need to vote in the primary (by mail, if possible), and fill out the whole ballot–not just the oval next to their favorite U.S. Senate candidate. 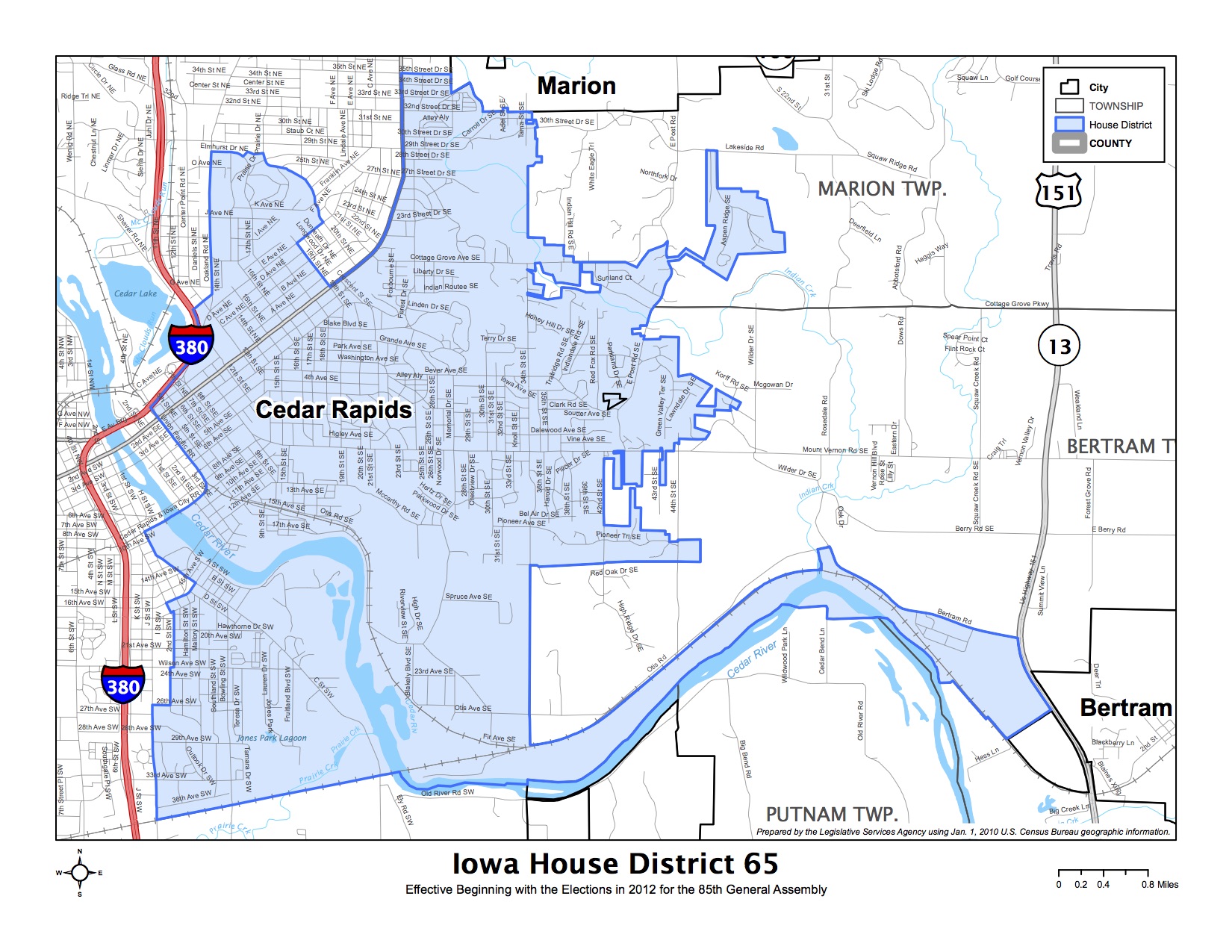