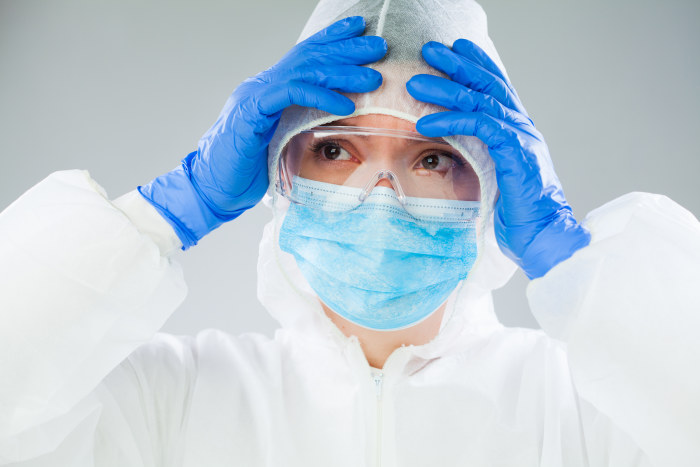 State Auditor Rob Sand is examining the no-bid contracts Iowa has signed to procure personal protective equipment (PPE), which has been in short supply across the country during the novel coronavirus pandemic.

A one-sentence statement released by the State Auditor's Office on May 18 quoted Sand as saying, “Prior to last week’s coverage of a vendor whom has never before sold PPE receiving a $7 million no-bid contract for PPE, we had already begun collecting information about both no-bid contracts and the state’s PPE supply.”

"Last week's coverage" refers to this story by Ryan Foley, which the Associated Press published on May 16. The headline was understated ("Iowa rebuilds PPE stockpile after deals with unusual sources"), but some of the details were eye-popping. Contracts totaling $45 million were signed from mid-March through April.

In three contracts worth $7.2 million, the state agreed to purchase 1 million isolation gowns and 100,000 clear plastic goggles through Competitive Edge Inc., a Des Moines business that has never sold either. The company supplies promotional items like T-shirts, and has long been a go-to vendor for Republican campaigns buying yard and barn signs.

Owner David Greenspon, a former Republican appointee on the Iowa Finance Authority board, said state agencies reached out unsolicited asking for help securing supplies from China because he has long imported from there. Now Greenspon said he’s overseeing manufacturing in three Chinese factories and the items will be delivered to Iowa over the next month. [...]

The state is buying 100,000 disposable face shields for $3 apiece from Honeycorr Acquisition LLC, a Fairfield packing and distribution company that had never made them before. CEO Nate Weaton said the $3 price was fair, saying similar items have been marketed for $5 or $7.

I'm seeking comment from the governor's office and the Iowa Department of Administrative Services (which handles procurement) on why the state would contract for PPE that isn't medical grade.

Reynolds said during her May 15 news conference that the coming weekend would be the first time since the pandemic began "that we won't be delivering PPEs to counties across the state." She added, "I'm pleased to report that the requests for PPE have significantly decreased and that the state stockpile is in good shape," as orders placed in March come in.

The governor's first public health emergency proclamation in March suspended competitive bidding requirements for any procurements of goods or services "which are necessary to prevent, contain, or mitigate the effects of the COVID-19 virus."

The State Auditor's office typically does not provide details on the scope or expected time frame for ongoing investigations, so it's not clear how long it will take to evaluate deals recently signed for PPE.

Sand's predecessor, Republican Mary Mosiman, was not inclined to initiate reviews of state contracts. However, Iowa Code grants the state auditor wide latitude to look into whether funds have been spent properly and whether government obtained "maximum results for the money expended" or engaged in any "illegal or unbusinesslike practices."