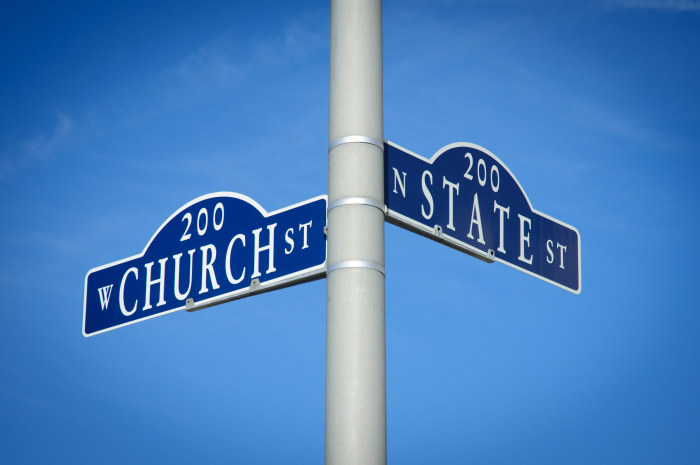 Herb Strentz: Churches in the Des Moines area have found ways to remain safely “open” to their members and the community without resuming in-person services. The title references a 1642 poem by Richard Lovelace. -promoted by Laura Belin

In 1949, Orwell wrote about the tyranny of “Big Brother” and the use of “newspeak” to rewrite history to agree with “Big Brother’s wishes. In 1935, Lewis wrote of an imagined fascist U.S. as Europe tried to cope with Adolph Hitler.

Well, with that as prologue, how about a resurgence of interest in Inherit the Wind, the play and movie about the so-called “Scopes Monkey Trial” trial in Tennessee in 1925?

The Scopes trial pitted fundamentalist religious beliefs regarding a literal Biblical account of divine creation against students learning about scientific evidence leading to the theory of evolution. The Butler Act, passed by the state legislature that year, made it unlawful to teach about evolution in public schools.

A science vs. religion squabble is playing out today, with some religious leaders contending they have a constitutional right to hold well-attended worship services. Epidemiologists, including scientists at the U.S. Centers for Disease Control, say it is clear that such services would lead to more people being infected with and dying from the COVID-19 virus. Religious services are risky because sitting near one another for an hour or more increases transmission, and singing spreads infectious material farther and in greater amounts than normal conversation.

Mercifully, Iowa likely will be spared some rancor and lawsuits arising from the dispute. That’s because the U.S. Supreme Court, in a 5-4 decision released on May 29, affirmed California’s authority to set restrictions on participation in religious services. California’s restrictions are among the most stringent and most detailed in the nation.

So state and local governments have lots of options and room to work with if Iowa decides to get stricter, as many argue we should. For example, Democratic State Senator Claire Celsi has criticized Governor Kim Reynolds for “doing what President Trump has suggested – throwing caution to the wind and disregarding national and state public health experts.”

Further, even when Reynolds loosened restrictions on worship services, focusing on “social distance” and concern for hygiene, church leaders did not offer a “Hallelujah” in response. They largely continue to worship online and emphasize that their practices and witnessing to their beliefs go far beyond weekly church services and church walls.

In a guest column for the Des Moines Register, Reverend Matt Mardis-LeCroy, senior minister at Plymouth Church, wrote that “reopening” really is not the key point:

I hope my most urgent question would not be about when my congregation can resume in-person activities but rather about the well-being of my neighbor.

Too many of my neighbors are not doing well.

The COVID-19 pandemic has challenged all of us. Even those of us who have not contracted the virus are suffering bouts of anxiety and grief. But not all of us are suffering equally. Communities of color are bearing the brunt of this disease. African American and Latinx Iowans are disproportionately among the infected and the dead. Lack of resources and lack of access to health care make some of us more vulnerable than others. Our society’s racial inequities are once again on full display for those who are willing to see them.

People of faith should feel compelled to ask about the well-being of our neighbors. Our faith should be seen, not in the attention we pay to reopening our own buildings, but in the concern that we have for those suffering the most.

The Reverend Eric Carlson, pastor of Faith Lutheran Church in Clive (where I am a member of the congregation) put it succinctly when Faith suspended having traditional services in mid-March: “The church is open; the facility is closed.” Many small groups of the congregation have been meeting via Zoom, and a committee is considering what steps to take in a gradual reopening of the facility while the “church” continues seeking to fulfill its mission. For example, some 70 persons attended a recent online service to “mourn the death of George Floyd and confess the ways in which we participate in the sin of racism, known and unknown.”

Churches in the Des Moines area have found ways to remain safely “open” to their members and the community, as the pastors have noted, and will continue to do so regardless of the path COVID-19 takes.

To wrap up the cases mentioned above: