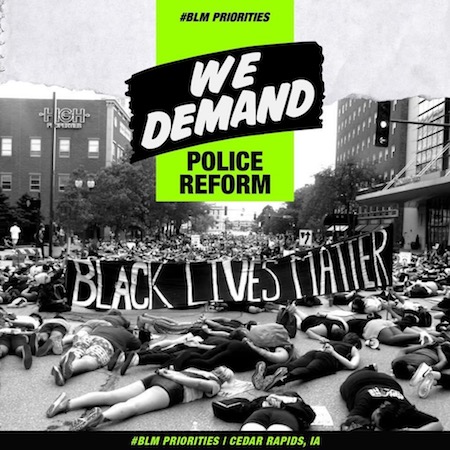 My awakening moment in the fight for justice

Erika Brighi of Marion has been working with Advocates for Social Justice, based in Cedar Rapids. -promoted by Laura Belin

Black. Lives. Matter. We have heard these three words before—yet this time, the fight feels different.

All lives matter, right? Yes. That’s the goal. But “all lives matter” can’t be true until black lives matter as well. The fight for justice has never stopped, but this time, there are more voices and they are louder; they aren’t being silenced after your typical week of anger and outcries on social media.

The voices are still there. Allyship is becoming stronger.

On a recent trip down to the Smoky Mountains, my significant other and I made a stop in Indianapolis and joined a peaceful protest. We then stopped in Louisville to witness a community mourning for their own, Breonna Taylor, with an event at Jefferson Square Park that was filled with live music, food and vendors and ended with a peaceful march through the streets.

That day changed me. I became a stronger ally. As we walked away from the march and toward our car, we approached two men and one of them repeatedly screamed at us. That man wasn’t angry with me. Those words were coming from a man whose voice has been unheard. A man who is angry with a system and a world that’s failed him.

I tried to understand the emotion of a man who has suffered from systemic oppression and intentional disadvantages due to his skin color. This man and his community were mourning a tragic and avoidable death of their own. I tried to feel his pain through his screams.

In that moment, I knew I was in the right place. The right path. It reaffirmed my desire to fight for justice and for the voices of the unheard. I pray for the day when systemic oppression ends. I pray for the day when eyes and hearts are opened and well-intentioned people recognize our biases, when we see color, and we listen to people who share their story and don’t deny their experience when it doesn’t fit our narrative or align with someone else’s story.

I am proud to be a part of and follow the lead of our very own grassroots organization known as the Advocates for Social Justice (ASJ), whose mission is to create social, political, and environmental change within the Cedar Rapids community, prioritizing the objectives of the Black Lives Matter (#BLM) movement.

In just a short period of time, the leaders and allies of ASJ have come so far, but there is more work to be done. Other governments across the country seem to understand the benefit of working hand-in-hand with the grassroots organizers calling for change, and I hope our mayor and the rest of our municipal government here in Cedar Rapids continue to do the same.

I ask of you three things — to listen, to learn, and to love. Because once we listen to understand, once we are willing to learn, and once we open our hearts to love, maybe black lives will matter, and we will finally be closer to all lives mattering. Years from now, when you look back on this time, what part of history will you be on?

Editor’s note: Advocates for Social Justice are planning a Black Freedom Rally for Friday, July 3. Advocates will gather in Monroe Park, Cedar Rapids at 12:00 pm. Food will be available before the march and demonstration.

The views expressed here are Erika Brighi’s own and do not represent the views of her employer or any other party. 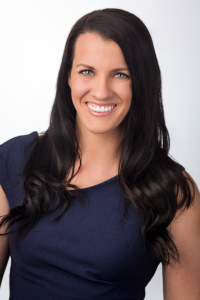