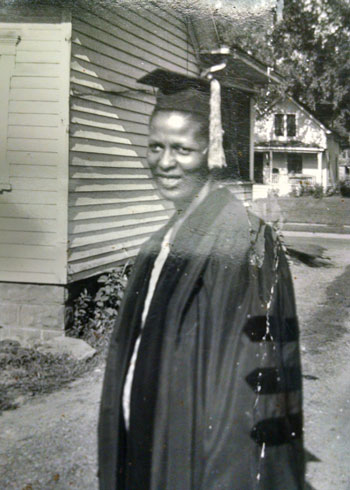 UPDATE: The Johnson County supervisors moved forward with this plan in September 2020.

The first decision of Iowa's territorial Supreme Court affirmed a former slave's right to remain out of bondage. Iowa gained statehood as a "free" state and sent thousands of boys and men to fight and die for the Union during the Civil War.

Nevertheless, our state's fourth-largest county is named after a "particularly despicable" slave-owner. That needs to change, and the Johnson County Board of Supervisors took a first step toward doing so this week.

George Floyd's murder at the hands of Minneapolis police sparked a nationwide reckoning over the myriad ways systemic racism harms people of color. While we tend to think about renaming sites as a problem for states that were part of the Confederacy, many places in other territories established during the 19th century were named after proudly racist political figures.

Like most Iowans, I had no idea for whom Johnson County was named until a couple of weeks ago. Ron McMullen raised the issue in a June 23 guest editorial for the Iowa City Press-Citizen.

Johnson County is named after Richard Mentor Johnson, who was the U.S. vice president in 1837 when the county was established as part of the Wisconsin Territory. In all, 79 of Iowa’s 99 counties are named after once-prominent individuals. Not one of them, being human, was perfect.

But Johnson, among the worst vice presidents in American history, was particularly despicable.

McMullen recounted how Johnson raped and brutalized at least two of the human beings enslaved on his Kentucky plantation. In addition, he "was a miserable vice president"; President Martin Van Buren found another running mate when he sought re-election in 1840.

Johnson County is mentioned in Iowa's constitution, so adopting an entirely new name would likely be complicated and take years. McMullen proposed "that the Johnson County Board of Supervisors unilaterally revoke the name of the county, then instantly re-name it Johnson County, but specify that the county is named after someone else with the last name Johnson."

During an informal session Wednesday [July 8], the Johnson County Board of Supervisors expressed interest in changing the namesake, directing County Attorney Janet Lyness to research the process and calling for an ad hoc study committee to be formed with the purposes of offering recommendations on the namesake.

Oren Smith noted that county supervisor Rod Sullivan had floated the idea of finding a more worthy namesake years ago. From Sullivan's first blog posts on the subject in September 2017:

It is interesting to consider the naming of Johnson County in light of the recent movement toward eliminating Confederate monuments. Should we consider naming Johnson Country after someone else?

Obviously, changing the name of the County itself would cause millions of problems for thousands of people. But what about honoring a DIFFERENT Johnson?

Later the same month, Sullivan wrote, "admit it; you didn’t know much about Mr. Johnson before this, did you? Our history is important, and the story of Mr. Johnson forces us to look at some uncomfortable realities."

Old Dick – AKA Richard Mentor Johnson – continues to haunt me! [...]

Now, perhaps you can argue that he was just a man of his times. He was a slaveholder, for example. And lots of Americans have ancestors who killed Native Americans. Unfortunately, Johnson’s attitude was far from unique for the time. In fact, Johnson’s exploits are precisely what made him a popular choice for Vice President. Wouldn’t it be nice if we could just have that conversation civilly? What if we were able to actually reflect on just what this meant then, and what it means today? What if we actually brought some Native Americans into the conversation?

Timing is so important in politics. Sullivan's idea attracted little attention three years ago. At this moment, Americans are more receptive to abandoning symbols of our shameful past.

While there must be many worthy individuals named Johnson, I would encourage the county's new study committee to recommend honoring Lulu Merle Johnson. I'd never heard of her before coming across this petition started by David McCartney. Excerpts:

Lulu Merle Johnson, Ph.D. (1907-1995), was the second African American woman in the U.S. to earn the doctorate degree in history, and the first in Iowa to do so. She was a native of Gravity, Iowa, and graduated from the State University of Iowa in 1941. Her dissertation, "The Problem of Slavery in the Old Northwest, 1787–1858,” is in the University Archives at UI’s Main Library.

Dr. Johnson secured a Rockefeller Foundation grant to support her groundbreaking research. Though she was encouraged and guided by Winfred Root and Harrison John Thornton of the Department of History faculty, she also faced discrimination at SUI. She was not permitted to swim in the Field House pool while whites were using it, and like all Black students at Iowa at the time, she was not permitted to live in a campus dormitory. [...]

Richard Mentor Johnson, a slave owner, is believed to have never set foot in Iowa. By contrast, Lulu Merle Johnson, an Iowa native, contributed to our knowledge of a centuries-long evil and persistent institution. [...]

By renaming Johnson County in her honor, we will recognize an individual who devoted her life to education and to its accessibility. Dr. Johnson’s dissertation revealed the presence of slavery in regions outside the Deep South, a significant contribution to the historical profession at the time. Her persistence in pursuing and fulfilling a career in education is a testament to her lifelong dedication.

The University of Iowa's Graduate College established a Lulu Merle Johnson fellowship in 2017, with the goal of making more funding available to students from underrepresented groups pursuing advanced degrees. University writer John Riehl profiled Johnson at that time and spoke to several of her relatives.

Johnson earned her bachelor’s degree from the University of Iowa before completing a master’s degree in history at the UI in 1930 for a thesis titled, “The Negro in Canada, Slave and Free.”

Throughout the 1930s, Johnson pursued her Ph.D. in history at Iowa. During that time, she faced discrimination as a student of color. [...]

"When Lulu Merle Johnson earned her doctorate in 1941, African American students were not allowed to live in the residence halls. Notwithstanding such discrimination, students of color like Ms. Johnson shared their brilliance with our institution and contributed to making the UI who we are today,” says Lena M. Hill, UI’s interim chief diversity officer and associate vice president.

Johnson’s dissertation was titled, “The Problem of Slavery in the Old Northwest, 1787-1858.”

Johnson couldn’t teach in Iowa, so after earning her Ph.D., she taught history at Florida A&M University and West Virginia State College, before joining the faculty at Cheyney State University in Pennsylvania in 1952. At Cheyney State, she served as professor of history and dean of women studies.

Few counties anywhere in the U.S. are named for women, and fewer still for women of color. Lulu Merle Johnson's accomplishments were noteworthy not just in Iowa, but on a national level. Yet she had a long and deep connection to the institution that is the cultural and economic center of Johnson County. That university and our state didn't do right by her during her lifetime. Iowans now have a chance to honor her memory and should seize the opportunity.

Top image: Undated photo of Lulu Merle Johnson in cap and gown, published by the University of Iowa in 2017.