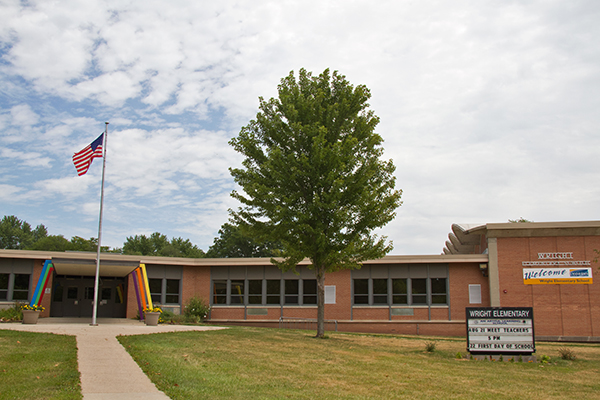 Science and the governor's Return to Learn proclamation

Governor Kim Reynolds’ Return to Learn proclamation, announced on July 17, was disheartening and disingenuous to Iowans, especially local education leaders who had already spent thousands of hours working on their district’s plans. It is causing anxiety among many groups of Iowans.

Many teachers and school administrators were made to feel powerless by the proclamation. I certainly felt that way as I watched the press conference unfold. But we are not powerless. We still have voices, pens, and keyboards that allow us to speak truth to such arbitrary and dangerous use of power. This piece seeks to do just that, by delving into the science and data the governor claims to have based her new policy upon.

For full disclosure, I am not a scientist. I am an admittedly self-interested, 58-year-old public school teacher with at least two co-morbidities for coronavirus purposes. I also happen to have an extensive background in public policy research.

Unfortunately, much of what comes out of the governor’s office about COVID-19 science and data is politically motivated. Just two days ago, Iowa Department of Public Health communications director Polly Carver-Kimm resigned under pressure from her superiors. Although they said her position was being eliminated in a restructuring, she believes she was sidelined for releasing too much information and data related to the virus to the news media, and therefore, the public at-large.

Carver-Kimm told the Des Moines Register she was “embarrassed and saddened by the way the media has been treated during COVID. You are not receiving timely answers and you are getting scripted talking points when you do get an answer.”

She was also bothered by the fact that media inquiries to her department and requests for health-related public records were now going through the governor’s office. Carver-Kimm told the Register, “I have never had something like that happen before in any of the administrations I’ve worked for.”

State Auditor Rob Sand and community activist Sara Anne Willette, as well as a number of media sources, have cast doubt on the transparency and accuracy of the governor’s office relating to COVID-19 information, and the ever changing and shifting state plan to track the virus and combat it.

That’s important context for what you heard in Friday morning’s press conference, and what follows.

SCIENCE ON COVID-19 IN CHILDREN NOT SETTLED

The chief scientific claim that I want to explore concerns new research, which according to Reynolds shows children are less likely to acquire or transmit the virus in the community. She said this research was one of the main factors that had changed since March when Iowa schools were closed.

It is vital to know that in no way is that established or even consensus science. In fact, it appears to be nothing more than politically motivated straw grasping. It’s called a novel virus for a reason. We don’t know much about it yet. A July 11 article in the New York Times surveyed scientific research on childhood acquisition and transmission of the virus, concluding that the research to date was “limited,” contains “big, unanswered questions,” and is “not conclusive.”

The governor’s claim may, in fact, be dead wrong. A recent study by the chief virologist for Germany, a nation that has successfully controlled COVID-19 to date,

“found no significant difference” in the viral loads of the new coronavirus “between any pair of age categories, including children.” Based on their findings, the researchers concluded that “[c]hildren may be as infectious as adults,” and recommended that countries practice “caution against an unlimited re-opening of schools and kindergartens in the present situation.”

Data currently coming out of Florida paints an alarming and different picture about childhood transmission and health effects among children. The South Florida Sun-Sentinel reported on July 14 that one third of children tested in the state are positive for the virus.

X-rays have revealed the virus can cause lung damage even in people without severe symptoms, she said.

“They are seeing there is damage to the lungs in these asymptomatic children. … We don’t know how that is going to manifest a year from now or two years from now,” Alonso said. “Is that child going to have chronic pulmonary problems or not?”

I truly hope that Reynolds and the scientists whose research she is promoting turn out to be right. But the fact of the matter is, we simply don’t know. As the German scientist’s work underscores, this is hardly the kind of data that should cause a leader to err toward reopening for face-to-face instruction.

Another relevant point: no nation on earth has reopened their schools for face-to-face instruction with the virus raging to the degree that it is now in the U.S. and in Iowa. The countries that have successfully reopened (that is, brought kids back into buildings while simultaneously holding down the community infection rate), first brought their infection rates down, and held them down, for a substantial period of time prior to reopening their schools. That has been part of the CDC’s protocol for some time.

Rebecca Fischer, an infectious disease epidemiologist at Texas A&M, told Iowa Public Radio, “From an epidemiologic perspective, we want to only suggest to people that it’s really safe to move about the community freely when we are not only over that peak, but so far down the other side of the peak that we are fairly confident that something like a small community outbreak could be contained and not turn into a massive surge in cases once again.” Following that protocol is the only way to allow for the testing, tracing, tracking, and follow up that is necessary to keep the virus contained once schools are able to reopen.

I will save for a different piece the sorry state of our testing and tracking system in Iowa, other than to note that a National Public Radio survey of states in mid-June found Iowa fell far short of having the needed number of contact tracers that health experts believe are necessary to control outbreaks of the virus.

A substantial body of evidence, along with the empirical results we saw here in Iowa and around the nation after schools shut down in March and April, shows how effective school closures are in fighting a pandemic. We were flattening the curve until politics overtook science and states like Iowa prematurely rushed to reopen.

Nicholas Christakis, a social scientist and physician at Yale University, defended that body of research in a March interview with Science Magazine Online. “Proactive school closures—closing schools before there’s a case there—have been shown to be one of the most powerful nonpharmaceutical interventions that we can deploy,” he said.

That context shouldn’t be forgotten, despite the governor’s claims that we know so much more now than we did in March. At that time, she found conditions (arguably better than they are now) to be sufficient to allow local districts to close their schools and to justify a statewide closure she extended multiple times.

Data on coronavirus is quite fluid. Things could change in the next month. But this seems like an odd time to be claiming that science and data have led the governor to drastically curtail local decision making on reopening schools. Consider: the Polk County Department of Public Health is calling our numbers “scary” and saying that infections are “increasing at a dramatic rate” and likely to double over the next five weeks.

In addition, leaked internal documents from the National Centers for Disease Control warn that “fully reopening schools and universities remained the ‘highest risk’ for the spread of the coronavirus.”

As was true in March, our leaders at all levels owe school constituencies public policy that substantially ensures a safe school environment before they march tens of thousands of students, faculty, and staff, back into those buildings by edict. That policy should be based on sound science. Our federal and state governments have dramatically failed at constructing and carrying out such policy. Reynolds has an especially poor track record in this area. Katarina Sostaric recently reported for Iowa Public Radio,

From mid-May to mid-June, Reynolds allowed the entire state to open back up, against the advice of University of Iowa public health experts. They warned Reynolds that reopening too soon, especially without a face covering policy, would lead to a second wave of infections.

The true champions of health and safety for Iowa’s school constituencies have been found at the local level. Superintendents like Tom Ahart in Des Moines and Matt Degner in Iowa City, along with the members of those local school boards, made courageous (and not always popular) early decisions to put the health and safety of students, staff, and their communities first, ignoring the potential for political fallout.

Reynolds undercut those local decision makers on Friday, for reasons that are at best questionable, using mere snippets of science selectively chosen to fit her political agenda. In so doing, she jeopardized the health and safety of tens of thousands of Iowans. When discussing “new developments” that changed her thinking since she allowed schools to close in March, she cited the American Academy of Pediatricians as recommending a full return to face-to-face learning for children, a conclusion that AAP representative Dr. Candice Jones said had been “misrepresented and misunderstood.”

In fact, the governor’s new policy directly contradicts the AAP’s revised statement from July 10, which stated, “[…] schools in areas with high levels of COVID-19 community spread should not be compelled to reopen against the judgment of local experts. A one-size-fits-all approach is not appropriate for return to school decisions.” That’s our governor!

I hope that as we move closer to the opening of school in August, the virus will either miraculously subside as some have suggested, or the governor will come to her senses. Sadly, neither course seems likely.