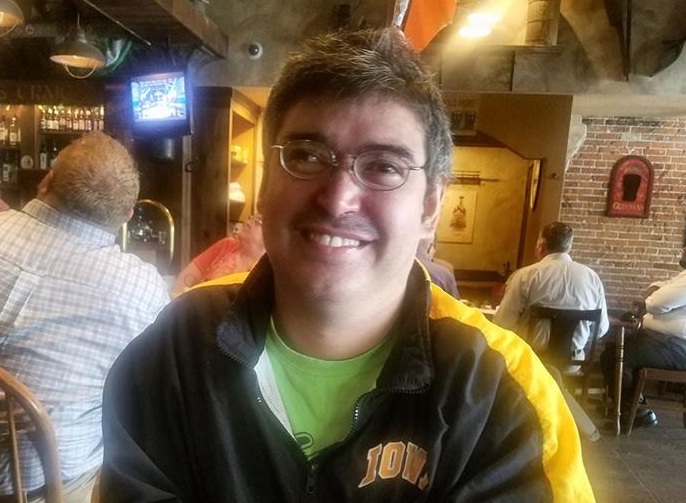 The Disability Caucus: Fighting for inclusion

Eric Donat: “It’s important for inclusion to show people with disabilities in all possible roles – not just in disability-specific ones.” -promoted by Laura Belin

I’m excited to be part of the new leadership on The Iowa Democratic Party Disability Caucus as vice chair. I am Eric Donat of Waterloo and Black Hawk County.

I got my start in politics through advocacy training at the Center for Independent Living in Waterloo, Iowans with Disabilities in Action, and the Iowa Developmental Disabilities Council. Consumers at the center were connected to state legislators via our work on systems change advocacy.

Through being an advocate, I supported legislation making it easier for people with disabilities, particularly those using wheelchairs, to travel about in their communities. I also supported reorganizing Iowa’s counties into today’s mental health service regions. In addition, I advocated against privatizing Medicaid in Iowa.

I have been an advocate, support person, and policy expert emphasizing disability for several state legislators for the past twenty years, and a key voice in Iowa’s Disability Community with longstanding membership and participation in the Iowa Democratic Party. I am a strong proponent of inclusion, participation, and representation of people with disabilities and I will push for that to continue as a member of the State Central Committee.

I would like to see party building include people with disabilities. I will advocate for outreach, mobilization, and campaign activities to include the disability community. I believe candidates should have a message that reaches and includes our community.

I want people with disabilities to get out there, jump in with both feet and head first, and Speak up, Speak out – participate in our democracy. As President George W. Bush said in his 2001 inaugural address, “Be citizens, not spectators….”

We all have a place – we all can participate in our democracy. We simply must choose to do so.

Top photo of Eric Donat provided by the author and published with permission.

Editor’s note from Laura Belin: The Iowa Democratic Party’s Disability Caucus has a page and a discussion group on Facebook. Eric Donat was also elected to serve on the party’s State Central Committee as a representative of the first Congressional district.

Bleeding Heartland has invited all of the newly-elected leaders of Iowa Democratic Party constituency caucuses to write guest commentaries about their plans. A list can be found at the end of this post. Brian McClain wrote about his plans as chair of the Progressive Caucus.