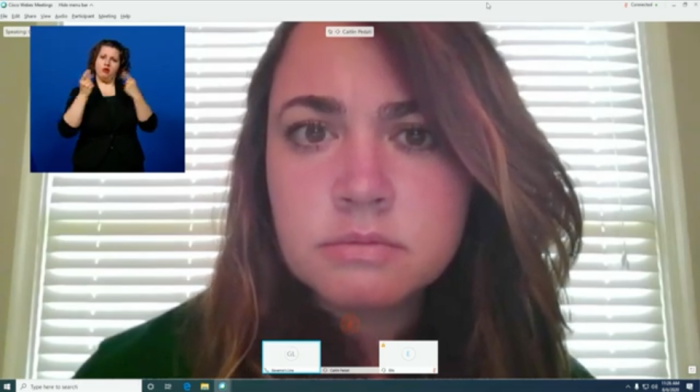 "Our state coronavirus website now includes the county by county 14-day average positivity rate for our school districts," Governor Kim Reynolds announced at her August 6 news conference. "Schools and others will be able to check to see where each county stands on this important metric."

Pedati acknowledged on August 19 that the Iowa Department of Public Health's epidemiology team knew in late July that the positivity rates were inaccurate, because many recent COVID-19 cases were recorded as occurring weeks or months in the past.

An announced "fix" did not appear to solve the backdating problem. On the contrary: newly posted totals on the state's coronavirus website increased the number of cases recorded for March and April.

As Bleeding Heartland, the Associated Press, and the Iowa Falls Times Citizen reported on August 17, the IDPH disease reporting system assigned one date to each individual tested for COVID-19.

If a newly sickened person had previously tested negative for the virus, the state would record the positive result as happening on the date of the first test.

Nurse practitioner Dana Jones brought the errors to light after comparing datasets downloaded from coronavirus.iowa.gov on May 27 and August 14. Jones determined that the backdating affected thousands of cases.

IDPH communications staff have left unanswered many questions from reporters about the problem. But the agency offered an exclusive interview with Pedati to Cedar Rapids Gazette health care reporter Michaela Ramm on August 19. Some bombshell news was buried in the twelfth paragraph.

State officials became aware of the issue toward the end of July, Pedati said during her interview with The Gazette. [...]

According to Pedati, officials knew there would be limitations to the [Iowa Disease Surveillance System] as it was “never designed for this kind of volume” seen during the coronavirus pandemic.

Pedati downplayed the seriousness of the problem, telling Ramm the backdating didn't affect anyone infected with COVID-19 or impede case investigation and contact tracing efforts.

But given how many times the governor and public health officials have touted the state's supposed "transparency" regarding the pandemic, you'd think someone would have mentioned the reporting system was filing thousands of cases to the wrong date.

Especially when you consider what else was going on toward the end of July.

"ONE OF THE WORST DATA ERRORS THAT COULD BE HAPPENING"

Under guidance the IDPH and Iowa Department of Education released on July 30, the state won't grant school districts permission to shift to online instruction unless at least 10 percent of students are absent due to illness or exposure, and the COVID-19 positivity rate for the area over the past two weeks exceeds 15 percent.

The percentage of COVID-19 tests that come back positive is a key indicator of community spread. Many public health experts, including the U.S. Centers for Disease Control director, advise against reopening schools where the positivity rate is greater than 5 percent.

Rob Ramaekers, the lead epidemiologist for the IDPH Surveillance Unit, confirmed in email correspondence with Jones on August 14 that state officials knew the backdating problem was affecting “the percent positive calculation. We have raised the issue and are actively working on fixing it.”

Infectious disease specialist Dr. Megan Srivinas told Ryan Foley of the Associated Press this week, “It’s one of the worst data errors that could be happening right now,” because "We are making these policy calls based on completely flawed numbers [...]."

How IDPH officials discovered the problem is unclear. Times Citizen editor Sara Konrad Baranowski began asking about anomalies in Hardin County case numbers on July 31, after noticing that the state website "seems to have some very serious problems, which could cause issues with the 14-day positivity rate."

Her report this week noted that 20 of the 137 Hardin County residents tested for coronavirus between August 4 and August 10 received a positive result. But the state website showed only eleven new cases for the county during the same week.

Konrad Baranowski realized after scrutinizing the website that the other nine cases had been assigned to dates in May and June. Eleven COVID-19 cases out of 137 people tested in a given week translates to an 8 percent positivity rate, but "If 20 people had tested positive, as the county reported, the seven-day positivity rate would be 14.5 percent."

Agency communications staff ignored most of Konrad Baranowski's eleven inquiries about the discrepancies in case numbers, but she was informed three times that the website was being "constantly" updated.

No one admitted that the IDPH epidemiology team knew their computer system was recording thousands of cases to the wrong date.

Regular viewers of Reynolds' press conferences have heard several times about the A+ grade Iowa's coronavirus website received from The Atlantic's COVID tracking project. In mid-May, the site switched to what the governor called "real-time reporting," updating case numbers and other statistics frequently instead of once a day.

Pedati told the Cedar Rapids Gazette that she knew it was "important" to have "accurate and up-to-date information" on the website. “I want to reiterate that I remain committed to making sure that we’re providing people with as much information as we possibly can.”

Yet in the same interview, she asserted that her team anticipated the Iowa Disease Surveillance System might have trouble handling the high volume of coronavirus test results.

If officials doubted the capacity of the reporting system, they should have watched closely for any breakdown. Many Iowans maintaining their own COVID-19 spreadsheets noticed months ago that daily case numbers were continually changing. For the IDPH epidemiology team to wake up to this problem in late July points to incompetence, if not negligence.

Even worse, agency leaders launched a new page showing positivity rates for each Iowa school district on August 6. At minimum, that was six days after IDPH officials became aware of the backdating, going by the timeline Pedati described to the Gazette.

Iowa's medical director and her colleagues knew the glitch would skew county-level positivity rates. They knew those metrics would influence many parents' decisions on sending their children to school, and would determine whether school boards could seek permission to shift to online learning. And they approved publishing the inaccurate numbers anyway.

That should be a firing offense for the leader of the Iowa's COVID-19 response.

Who believes the IDPH would have admitted this problem existed this week, let alone fixed it, if Jones had not shared her knowledge with journalists?

Government staff continued to freeze out Konrad Baranowski and me this week, but Reynolds' spokesperson Pat Garrett informed other reporters about the impending correction to the website on August 19. Garrett further claimed that negative results had also been "unintentionally attributed" to the date of a person's first COVID-19 test. Consequently, fixing the problem would reduce the positivity rate in most counties.

Indeed, official figures changed markedly on the afternoon of August 19. Suddenly only one county (Plymouth) had a positivity rate higher than 15 percent. Some counties that had been above that threshold the previous day dropped to single digits.

Alas, the revisions don't appear to have solved the backdating problem. I enclose below a table I created to compare three sets of daily case totals for March and April. Two columns show numbers Jones downloaded on May 27 and August 14. I took the numbers in the column farthest to the right from the state's "case counts" page after the alleged correction on August 19.

If COVID-19 positive test results are no longer being wrongly recorded, why have total cases increased for the early weeks of the pandemic? I'm seeking comment and will update this post as needed.

UPDATE: During her August 20 news conference, Reynolds confirmed the data published on the state website reflects the sample collection date and not the date that a positive or negative result was reported to IDPH. She asserted that "the data overall had minimal change to it" and that the mistake "didn't affect the contact tracing and the case investigation."

Dating results to the sample collection could explain why the number of cases assigned to March and April increased. Some of those tested during the last week of those months may not have received their results until the following month.

Speaking remotely at the same press conference, Pedati confirmed that she learned of the problem in late July. She said "we have to make adjustments" and "be flexible" as they incorporate new information. She also repeated that officials knew the technology needed improvement, even before COVID-19. She did not explain why the state rolled out its page showing positivity rates, knowing the numbers were flawed.

LATER UPDATE: It turns out the Gazette's interview was not exclusive. Pedati also spoke to the Des Moines Register's Tony Leys on August 19, saying

she couldn’t immediately estimate how many test results were affected, "but it’s going to be a lot."

Pedati said her agency's staff had been working for weeks to fix the problem, and the corrected numbers were loaded onto the department’s coronavirus website Wednesday afternoon.

Still no explanation of why they rolled out inaccurate county-level positivity rates.

[Dana] Jones said Wednesday evening in an interview with the Des Moines Register that she remained skeptical of the department's data, including a remarkably smooth curve purporting to show the overall testing rate increase over recent months without significant spikes and dips.

"I'm so flabbergasted," she said of dramatic shifts in data being reported on the website Wednesday. "This has major implications for my trust." [...]

Pedati said she understood that the mix-up might make members of the public wonder if her department’s coronavirus reports could be believed. But she said her team is making a good-faith effort to report correct, timely data.

“I can tell you that even before COVID, we knew that we have systems that were not built to handle this kind of volume or be as flexible as we need them to be for something like this,” she said.

In that case Pedati should have had her staff watch for errors. Biostatistics Professor Joseph Cavanaugh, who led the University of Iowa research team that provided modeling and other COVID-19 reports to the IDPH, told Leys he was "rather stunned that this was an ongoing problem."

At the August 20 news conference, neither Reynolds nor Pedati apologized for misinforming the public. Rather, they spoke about the problem in a casual, "these things happen" tone. Here are a couple of clips.

Pedati indicated that the IDPH will not be releasing a full dataset (anonymized to protect medical privacy), so that independent analysts could verify the accuracy of numbers on the state website.