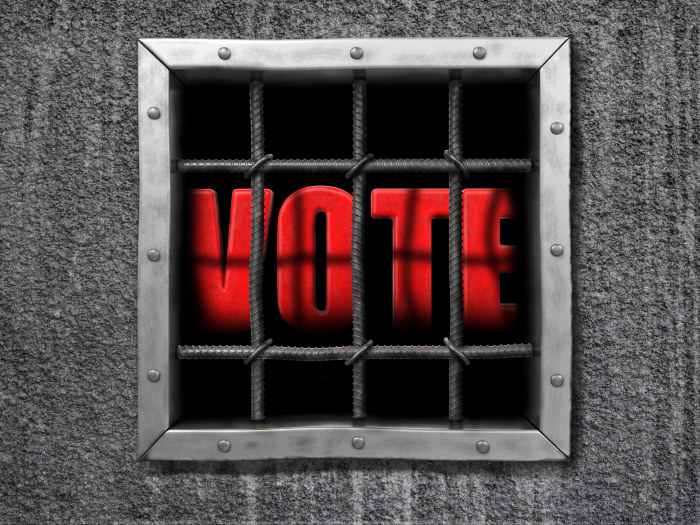 Most Iowans with felony convictions still not registered to vote

Only a small fraction of newly eligible Iowans have registered to vote since Governor Kim Reynolds issued an executive order restoring voting rights to most people who have completed felony sentences.

Justin Surrency was first to report for WHO-TV on October 19 that 2,550 Iowans with felony convictions had registered to vote since the governor’s order. Erin Murphy reported for Lee Newspapers on October 20,

Of those 2,550 newly registered voters: 811 registered as Democrats, 745 as Republicans, 53 as Libertarians, 34 with the Green Party, and a plurality — 907 — registered with no political party, according to the office.

The precise number of Iowans affected by Reynolds’ order is unknown, but it’s apparent that more than 90 percent of those newly eligible to vote will not cast a ballot in the November 3 election.

The Secretary of State’s office told Murphy that the governor’s order restored voting rights to about 35,000 people, though some of those may not currently live in Iowa.

The Iowa-Nebraska NAACP estimated in August that more than 40,000 Iowans would become newly eligible to vote this year. Going forward, approximately 4,700 Iowans who complete felony sentences each year will regain the same rights.

Felon disenfranchisement policies disproportionately affect people of color, due to systemic inequities in the criminal justice system and other areas of life. The Sentencing Project estimated that 7,263 Black Iowans are unable to vote due to a felony conviction, which works out to roughly 11.4 percent of the 63,856 Black Iowans of voting age.

In addition, 2,815 Latinx Iowans are disenfranchised because of a felony conviction (about 3.8 percent of the state’s voting age population of 73,841).

I wrote in August and still believe that this executive order “may be the most meaningful step Reynolds has ever taken to improve Iowans’ lives.” The governor wisely chose not to make voting conditional on a person’s ability to pay any court fees, fines, or restitution.

The main problem was that Reynolds left little time before the election for advocates to help affected Iowans register. The Secretary of State’s office didn’t help matters by leaving in place an outdated registration form, which warned applicants they “are not qualified to vote if you have been convicted of a felony and have not received a restoration of voting rights.”

That form was finally revised on October 2, eight weeks after Reynolds signed the order. However, the new wording could still confuse would-be registrants. “In Iowa, you are not qualified to vote following a felony conviction until your right to vote is restored by the Governor. To learn more about voting after a felony conviction visit RestoreYourVote.iowa.gov.”

If Reynolds had acted sooner to restore voting rights, advocates might have had years or at least many months to educate and mobilize new voters for an election expected to bring historically high numbers of Americans to the polls.

But the governor did pave the way for at least 2,550 Iowans to vote who otherwise would have been unable to participate. That is a big step in the right direction for a state that until recently had the country’s worst felon disenfranchisement policies.