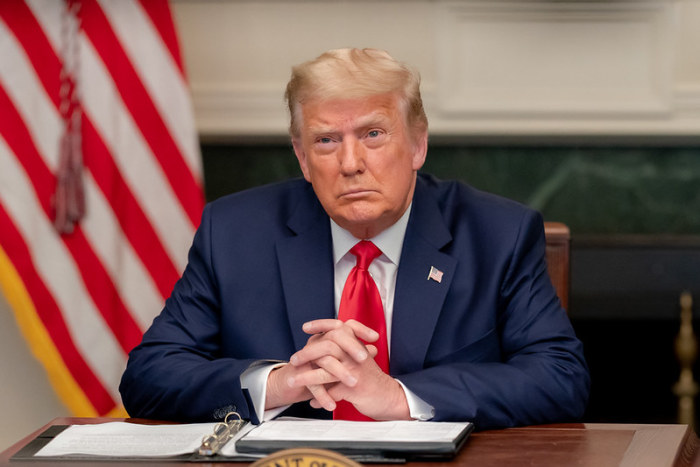 They weren't the most heinous pardons President Donald Trump issued this week. Those went to former military contractors who slaughtered civilians in Iraq.

They weren't the most corrupt pardons Trump issued this week. Those went to campaign associates who participated in Russian interference in the 2016 election and then covered for Trump during special counsel Robert Mueller's investigation.

John Tate and Jesse Benton — President Trump granted John Tate and Jesse Benton full pardons. This action is supported by Senator Rand Paul and Lee Goodman, former Chairman of the Federal Election Commission. Both Mr. Tate and Mr. Benton were convicted based on indirect campaign payments to a state Senator. According to Mr. Goodman, the reporting law violated was unclear and not well established at the time. Each individual received 6 months home confinement and 2 years’ probation.

The state senator in question was Republican Kent Sorenson. He received the payments in exchange for switching his support from Michele Bachmann to Ron Paul six days before the 2012 Iowa caucuses.

Trump didn't pardon Sorenson or Dimitri Kesari, who as deputy manager of Ron Paul's presidential campaign conspired with Sorenson to work out the payment scheme. Sorenson was later sentenced to fifteen months in federal prison, and Kesari to three months. Benton and Tate served no prison time, despite prosecutors' recommendations.

Justice Department staff did not recommend pardoning Tate and Benton, according to a spreadsheet of Trump pardons and commutations, compiled by Jack Goldsmith and Matthew Gluck. Rachel Maddow speculated during her December 23 program on MSNBC that Trump's gesture to Rand Paul (Ron Paul's son) in pardoning longtime family allies could help persuade the senator from Kentucky to "sabotage the electoral vote count" on the U.S. Senate floor on January 6.

I had to laugh at this line from the White House spin doctors: "According to Mr. Goodman, the reporting law violated was unclear and not well established at the time."

These men weren't charged because of some obscure campaign finance regulations. The big picture here was old-fashioned political graft: money exchanged for Sorenson's endorsement, followed by lie after lie about the payoffs, not only on FEC filings but in many public settings.

Pardoning Benton and Tate might become a scandal for any normal administration. However, the act will barely register in light of Trump's more outrageous abuses of this presidential power.

P.S.--Although Sorenson told Politico's Tim Alberta in 2018 that he was done with politics, he successfully applied to have his voting rights restored before the 2020 Iowa caucuses. Des Moines Cityview's "Civic Skinny" column exclusively reported in July that Governor Kim Reynolds restored Sorenson's "citizenship rights, including his right to vote and his right to hold office, on January 8 of this year. Four months later, on May 15, she notified the clerk of court of the move."

UPDATE: Anna Massoglia, who researches foreign influence and dark money for the Center for Responsive Politics, argued on December 24 that the Tate and Benton pardons are "an even bigger deal than they initially seem." They send "a very specific message that it is ok to violate FEC ultimate vendor disclosure rules—which Trump's 2020 campaign allegedly violated by routing money through shell companies." Massoglia went on to explain,

John Tate & Jesse Benton were convicted in 2016 for charges tied to hiding bribes by paying a vendor who then paid a subvendor.

Trump came under scrutiny for deploying a similar tactic for different purposes—hiding ultimate vendors with an LLC created by 2020 campaign aides.

The top vendor for Trump's 2020 campaign was "an LLC, AMMC, created to act as a clearinghouse for Donald Trump's media & ad spending—funneling $557M+ through an opaque structure that hides information about the identities of sub-vendors & how much money is paid to those ultimate recipients." Massoglia added,

Massoglia wrapped up her comment on the pardons this way: