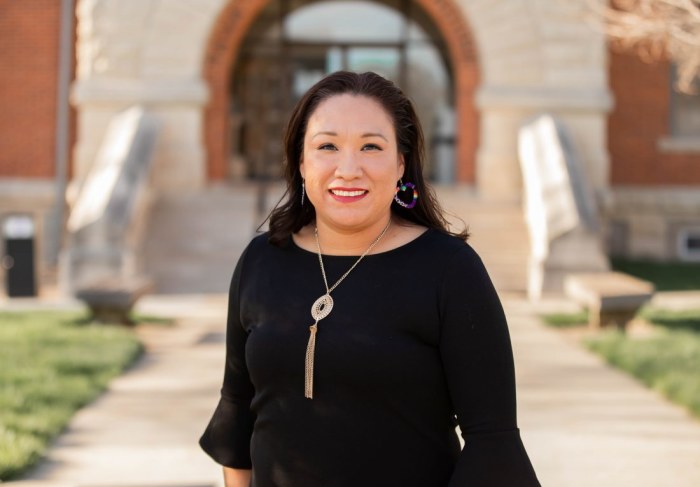 Christina Blackcloud would fight for the underrepresented in IA-01

Growing up in Cedar Rapids as a child of Algerian immigrants, many people ask why my parents chose to move to Iowa of all places. When my parents received their green card in 1995, they chose the small town of Elkader because of its historical relevance in being named after the Algerian revolutionary who fought for independence from colonial France. Despite their thick accents and unfamiliarity with American culture, my parents were welcomed to the town with open arms.

Many years later, they decided to stay in Iowa because of its renowned K-12 public school system, and the strong and diverse Muslim community found in Cedar Rapids.

In recent years however, our current leadership has threatened the future of a prosperous Iowa. Public education in our state is being undermined, and the current rhetoric around immigrants and people of color is becoming increasingly dangerous.

Abby Finkenauer's loss was devastating this past election cycle, and it is crucial we regain the first Congressional district in 2022. Should Tama remain in IA-01 after redistricting next year, I believe Christina Blackcloud is the perfect candidate to bring us together and win back the seat.

Christina ran an incredibly strong race in an Iowa House district that wasn't targeted, raising nearly $100,000 and receiving endorsements from the likes of President Barack Obama and Julián Castro.

Christina Blackcloud will fight for Iowans who are underrepresented. She will fight to protect the environment for future generations, strengthen the Affordable Care Act, and work for equitable education.

This is why I wholeheartedly believe Christina Blackcloud is the representative we need to uphold the Iowa my parents, and thousands of others across the state, envisioned for their children.
____________

Editor's note from Laura Belin: Bleeding Heartland welcomes posts advocating for Democrats in any federal, state, or local elections. Please read these guidelines if you are interested in writing.

Iowa lawmakers will adopt a new political map in 2021. Tama County, where Christina Blackcloud lives, was part of Congressional districts covering much of northeast Iowa during the 1980s, 1990s, and 2010s. During the 2000s, Tama was part of the third district, including Polk County and other areas in central Iowa.