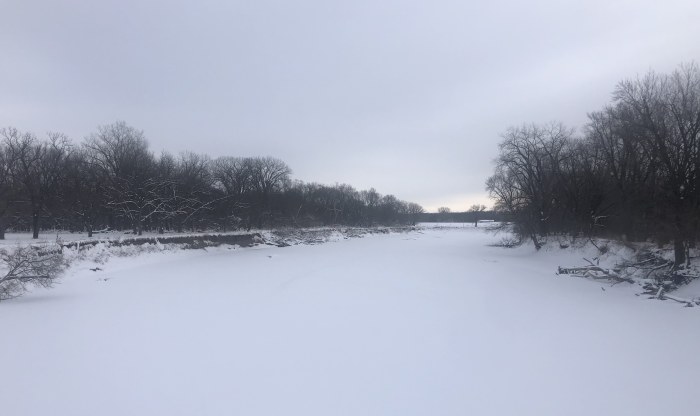 Tyler Granger is a climate change activist in Iowa. -promoted by Laura Belin

Between the presidential election, the special U.S. Senate elections in Georgia, the Capitol insurrection, the second impeachment of President Donald Trump, and Joe Biden's inauguration, political happenings have overshadowed many other newsworthy events. Several climate change stories received little media attention but are worth noting.

The Des Moines city council voted 7-0 for a resolution setting a goal of reaching carbon-free electricity by the year 2035. The goal will require a combination of carbon-free sources and ditching fossil fuels altogether.

This policy is the first of its kind for a city government and presents the next step in local clean energy policies. I had introduced an earlier draft of this policy back in October, and passage of this policy was the culmination of months of work by advocates and community members. This policy will be a major part of our city’s climate action plan moving forward.

Climate change is the challenge of our time. How we respond will determine what type of world we leave to future generations. We are already seeing the effects of climate with more extreme weather and record temperatures across the globe, and we’re certainly not immune from extreme weather locally. In just my first three years on the Des Moines City Council, we have seen record rainfall and flash flooding in June 2018 and the derecho this past August.

Polk County Soil and Water Commissioner Katie Rock was also instrumental in pushing Des Moines leaders toward this policy. She described the resolution as follow:

This new commitment by Des Moines puts Iowa again at the forefront of clean energy leadership by holding MidAmerican to account for its claims towards meeting 100 percent clean energy. It puts that commitment on a timetable. We know the city of Des Moines represents about 12 percent of MidAmerican's coal generation sales. And in return Des Moines is saying no thanks, we can do better than that. The 24/7 carbon free language is the difference. It will encourage more investment in solar, storage and energy efficiency, and a clear path off fossil fuels. What ultimately matters is emissions.

The Biden administration has already demonstrated their commitment to addressing climate change. The president has chosen cabinet members who believe in the urgency of solving this problem, which is a stark contrast to the previous administration. Biden kept his promise and rejoined the Paris Climate Agreement on day one of taking office. This week he signed an executive order "on tackling the climate crisis at home and abroad."

One cabinet choice that seems particularly hopeful is U.S. Representative Deb Haaland to lead the Department of Interior. Not only has Haaland been a vocal proponent of equitable climate policy while representing New Mexico in Congress, she has also elevated Indigenous voices and brought attention to the fight to protect Native lands. Her nomination for Secretary of the Interior is historic, and in this role she will champion environmental justice while helping to implement Biden’s bold climate change policy.

New Mexico is not a wealthy state, but they are one of the very first states to make a commitment to 100 percent clean energy. Haaland brings a lot of experience on how rural communities can be revitalized through renewable energy. The Department of Interior is crucial in the fight on climate change as this department is the gatekeeper for energy companies to extract fossil fuels on public lands. The Trump administration was a gift to fossil fuel companies and failed to protect public lands from devastating wildfires.

Ernst continues to play both sides of the climate fight by championing renewable energy in Iowa while appealing to her base of climate deniers.

The Paris Climate Agreement is just the Kyoto Protocol 2.0; it's a great first step for global powers to address climate change and advance renewable energy, but it's not enough. We have to address the consequences of fossil fuels in all its forms.

4. Iowa is still in a drought

January 6, 2021 was one of the ugliest and most shameful days in U.S. history. The political storm led to Trump's second impeachment on January 13. That same day, Iowa climatologist Dr Justin Glisan and members of the Iowa Department of Natural Resources called attention to another storm brewing.

During a virtual meeting, experts from around the state discussed drought projections for 2021. What was made clear throughout the meeting: half of Iowa is currently in a drought, and that drought will likely worsen this year. 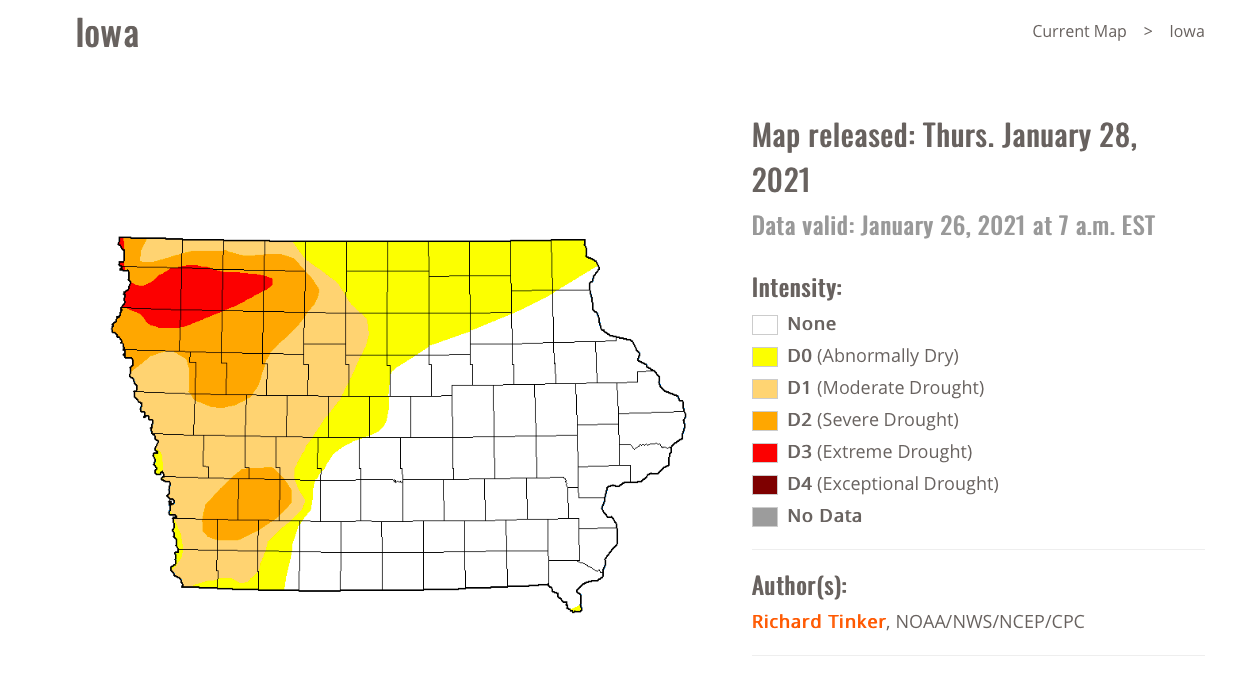 Low stream levels attest to Iowa’s lack of precipitation. Looking at the picture at the top of this post, you can see low flow stream conditions in the Raccoon River. That waterway should be much higher this time of the year.

The intensity of Iowa’s drought, including less rainfall and warmer temperatures is directly linked to climate change. Drought conditions will at best remain unchanged and could grow worse. Iowa is experiencing a decline in aquifers capacity, a decline in groundwater levels, and Iowa farmers will soon face subsoil recharge as they begin spring planting.

On top of all the other horrors, 2020 is now confirmed to be the hottest year on record, slightly above the previous record of 2016. This year is projected to continue the trend of higher than normal global temperatures and natural disasters such as hurricanes and longer wildfire seasons.

Iowa could also face deadly heat waves that will impact our economy and our recovery from COVID-19. It is not just on the Biden administration nor the Paris Climate Agreement to solve the climate crisis, it is on us all to address the causes and find solutions to climate change.

Top photo of the Raccoon River provided by Tyler Granger and published with permission.