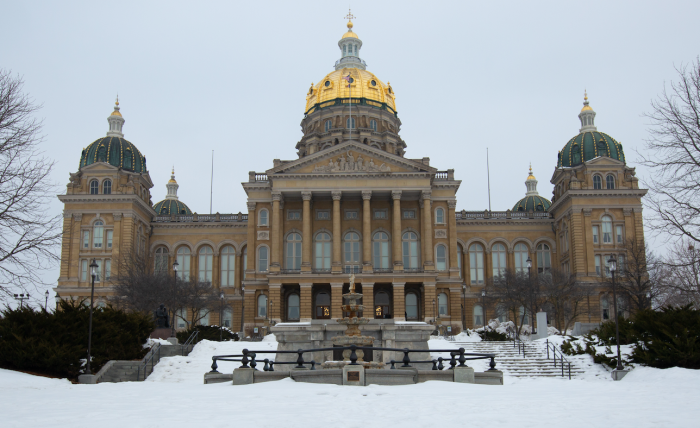 Michael Loebach: A fast-moving Republican bill would give parents and schools alike a strong incentive to game the new subsidy system. Those incentives have nothing to do with education quality and would result in a net increase in education spending in Iowa. -promoted by Laura Belin

One of the bill’s goals is to take some of the state’s worst performing schools and create an “education market” where traditional public schools, private schools, and newly created charter schools compete to attract students. The bill’s proponents are trying to harness the power of markets to improve education.

When confronted with opposition, the proponents often respond, “Why would public schools be afraid of a little competition?” They assume 1) competition will improve education outcomes, and 2) the state can actually create competitive education markets.

For the sake of simplicity, let’s assume competition has been proven to improve educational outcomes (even though it hasn’t). With that said, we can turn our attention to whether this bill can create competitive education markets.

A “STRUCTURED MARKET” DOOMED TO FAIL

An analysis of the bill suggests it would destroy/disrupt the targeted low performing public schools, but would not provide a viable path to a new competitive education environment. There is no point in asking why public schools would be afraid of competition if the state can’t create effective competition in the first place.

Economists have defined a number of conditions that have to be met in order for a competitive market to exist and function. At a minimum, a competitive market needs many buyers and many sellers. Senate File 159 attempts to create many buyers (students) with the various subsidies the state will provide families. It also tries to create many sellers (schools) by loosening the rules around creating charter schools.

The features of Senate File 159 should look familiar as it is basically Obamacare for education. For various reasons, the conditions for a competitive market in education and health care are lacking and are what economists call “market failures.” Often for the political right, the preferred solution to “market failures” is “structured markets.” Through a series of regulations, subsidies and penalties the government will attempt to structure a market to be competitive where it otherwise would not happen naturally. Senate File 159 and the 2010 federal Affordable Care Act (commonly known as Obamacare) are both “structured market” solutions.

The success and failure of Obamacare is instructive as to why Senate File 159 is likely to fail. A few years ago, many counties had only one insurance company, sometimes no companies, selling health insurance plans on the exchanges created under the Affordable Care Act. The insurance markets in those counties were dysfunctional.

The reason for the dysfunction was that there were not enough buyers to entice the insurance companies. Sellers have a certain level of fixed costs just to open their doors for business. If they can’t sell enough product to cover those costs, they will not open up for business. The insufficient number of buyers in those counties resulted in the lack of sellers.

Senate File 159 is written such that there won’t be many buyers and thus they won’t attract many sellers, just like rural counties in Obamacare. The bill purposefully limits the number of potential buyers in a market by targeting the bulk of subsidies to students in state-identified low performing schools. Not entire districts, just schools within a district.

Imagine a situation where an elementary school is underperforming and has 300 students. Is that sufficient to entice a charter school to buy a building and hire teachers? What happens to the charter school if in three years the elementary school is no longer underperforming and the subsidies get cut off for new students? Does the charter immediately close down, or will they stay open and each subsequent year scale down their operation as the student body shrinks?

This is one reason charter schools and school choice are often associated with large cities. Urban areas the only places able to provide sufficient scale to make an education market work. As Obamacare’s performance has shown, the fewer buyers there are, the less likely there will be any sellers.

If this were the whole story on Senate File 159, the bill would amount to very little. Unfortunately, the way the subsidies are structured make this legislation uniquely bad.

Under this bill, the minimum subsidy a student from a low-income family would receive to attend a private/charter school is $6,270 (see the analysis below for details). The new subsidies in this bill, along with Iowa’s existing subsidies for private education, results in the subsidy increasing with the family’s income. The maximum subsidy a student from a high-income family would receive is $6,863.

As currently drafted, Senate File 159 does not means-test these subsidies to ensure a student is actually failing at the low performing school or is constrained in education choice due to the economic status of their family. If the subsidies from the state exceed the cost of tuition at a private or charter school, then the parent and child will be able to roll over the funds and use them for future education expenses. This means that if the subsidy exceeds tuition, the state will effectively be paying parents to send their kids to private school. How could a public school classified as low performing ever compete with that? It can’t. It will be shut down.

If the proponents of this bill insist on moving forward, they need to make a serious effort at studying the tradeoffs between more targeted subsidies and broadly available subsidies. The more targeted the subsidies, the less likely any competitive education markets are created because the scale of the market will be too small. To increase the likelihood of creating competitive education markets, subsidies would need to be more broadly available. More broadly available subsidies would result in parents from high performing schools sending their kids to private schools simply because the state is paying them to do so.

This bill would kill public schools and increase costs to the state. Proponents need to be able to show what scale is necessary to create a competitive market (how many schools in a certain geography is considered competitive, how many students would need access to the subsidies to entice charters to open, and what happens to competition if the subsidies are cut off). Then they need to figure out how to stop the subsidies from creating a perverse financial incentive, where parents switch their children to private school solely to collect the excess subsidy. It is a tough problem, and a serious crack in the school choice logic. Obamacare showed that creating “structured markets” is no easy task.

To summarize, Senate File 159 will fail in establishing competitive education markets in the same way Obamacare fails to create competitive insurance exchanges in rural areas. It won’t create a sufficient number of buyers of education in a single location for a long enough period of time with a high enough degree of certainty to attract education sellers.

The financial incentives the bill creates for parents would be a death blow to any school labeled “comprehensive support and improvement.” They would be “competing” with the state paying parents to send their kids to private school. The bill would destroy/disrupt the local public school, without providing a viable path to a new competitive education environment. The economics of this bill are bad for urban and rural schools alike.

Senate File 159 creates strong financial incentives for parents with children in a low performing school to send their children to a private schools. To illustrate the incentives, I will show what a low-income family and a high-income family would receive if they move their children from one of Dubuque’s elementary schools classified as low performing to the local Catholic school. I also assume the family is not Catholic, and therefore will be paying the highest tuition price at the private school.

Senate File 159 would establish three mechanisms to financially support families sending their children to private school funded by Iowa taxpayers. The first is the Iowa 529 plan (this already exists and is not impacted by the bill). The second is the expanded Tuition and Text Book Credit, and the third is the newly created “Student First Scholarship.”

Below are a series of tables that display the financial incentives this creates for high income parents (defined as couples with income in the top Iowa income bracket of 8.53 percent that can max out the contribution to an Iowa 529 plan) and low-income parents (defined as couples that do not make enough to pay Iowa income tax and do not have enough income to use an Iowa 529 plan at all).

I’ve included letters on the left hand side of the tables and formulas in the tables using the letters to illustrate any calculations being done.

Table 1 shows the total tax deduction a high income couple may receive by fully funding an Iowa 529 plan which can be used to pay for the cost of attendance at a private school today or rolled over and used for later education expenses such as college. 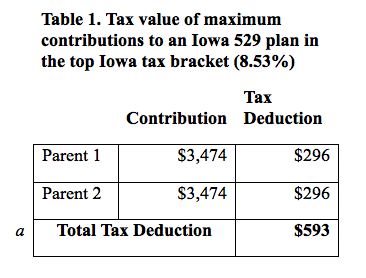 Why would anyone send their kid to the public school under this bill? 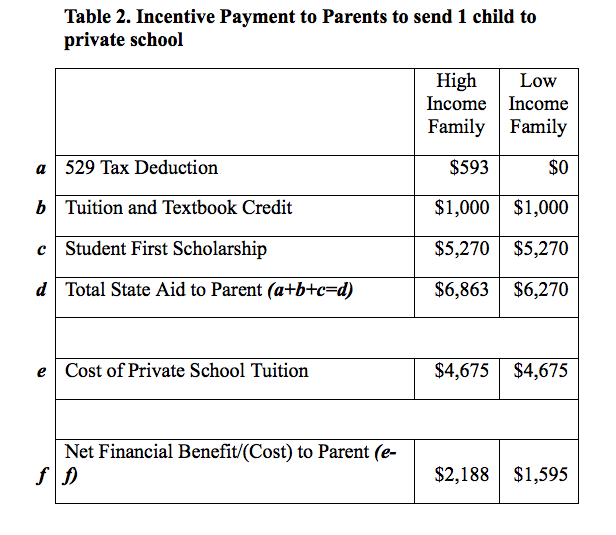 Table 3 shows the financial impact to the state. For the “Current Cost for Public School,” I used information from the Iowa Department of Management. The state of Iowa will unambiguously see higher costs under this bill. 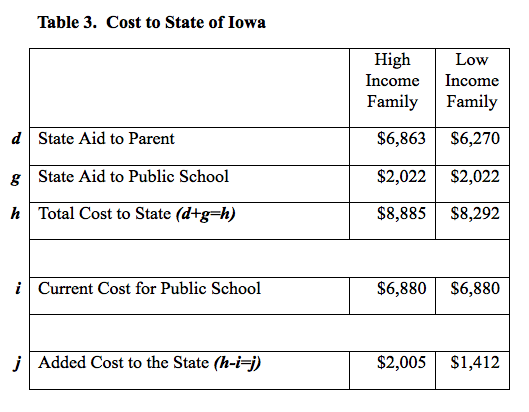 This bill would pay parents to send their kids to private school, increasing the cost of education to the state of Iowa. How could a public school ever compete with that incentive structure?

For instance, in the example above I assumed the students switching from the public school to private school would be non-Catholic and therefore have to pay the highest tuition that the private school offers. Further, let’s assume the Catholic school currently has 50 students paying the non-Catholic tuition. Under the new incentive structure, the Catholic school could try to attract more non-Catholic students by dropping the price by $500. The school would reduce its revenue from the current 50 students by $25,000. That revenue loss will be made up if the school can attract six new students due to the new subsidies from the state. Anything over six students will be a net revenue gain to the school. If the school were able to attract an additional 50 non-Catholic students, the net financial gain to the school is $185,000.

To summarize, parents and schools alike will have a strong incentive to game the new subsidy system. Those incentives have nothing to do with education quality and will result in a net increase in spending on education in Iowa. Those are strong currents moving against the goal of improving quality and lowering costs.

Michael Loebach is a native Iowan, husband, father, banker by day and public policy analyst by night (after the kids go to bed). Michael has a MS in Applied Economics from the University of North Dakota, is a CFA Charterholder and has a BA in Economics/Politics from Loras College. 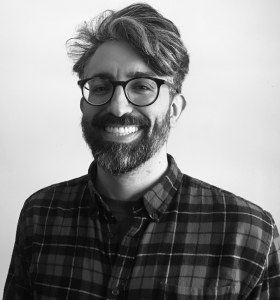