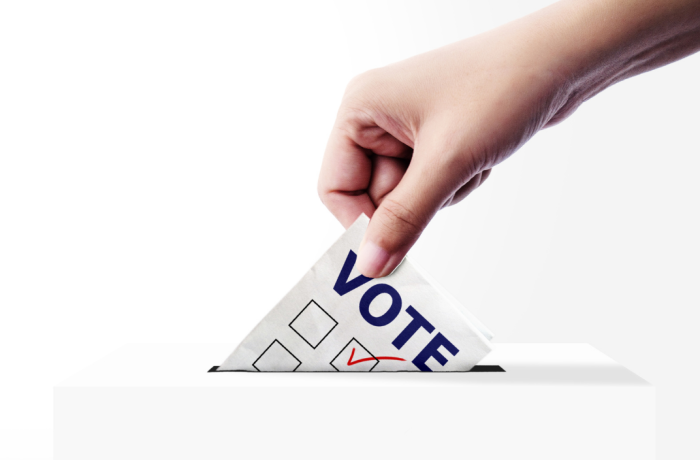 Laura Hessburg is the public policy director of the Iowa Coalition Against Domestic Violence. -promoted by Laura Belin

We believe the sweeping election bill rapidly advancing through the Iowa legislature (Senate File 413 or House File 590) is bad for everyone. Iowans with the most to lose are those who rely on early voting: working people, busy people, senior citizens, college students, and survivors of intimate partner violence.

Current Iowa law gives people multiple opportunities and choices to exercise this fundamental right before election day. That is exactly what victims of domestic violence need to vote safely. Iowans can vote early at satellite voting stations conveniently located near them, they can drop a ballot off at a drop box, ask a friend to drop off a ballot for them, or they can vote completely by mail.

By undermining every single one of these choices and limiting the time and opportunities for early voting, this bill makes it harder for Iowans to vote and will disenfranchise victims of domestic violence. That is not what democracy looks like.

WHY DOMESTIC VIOLENCE MAKES IT HARDER TO VOTE

Domestic violence is a pervasive public health issue and a major barrier to voting for far too many people. Consider that in our democracy, voting is the ultimate form of power. Stripping power away from someone is what domestic violence is all about, and preventing an intimate partner from voting independently is a common form of emotional abuse. It is a problem regardless of political affiliation. One in four women and one in seven men will experience domestic violence in their lifetime, with women of color and LGBTQ individuals disproportionately harmed. That is an alarming number and more of a reason to make voting easier.

Political coercion impacts the ability for survivors to vote while in an unsafe relationship or long after it ends. It can take many shapes: restricting access to information; withholding or destroying information about the election, forms, or ballots; not allowing partners to leave the house to vote; or controlling for whom they vote. And for survivors who leave, threats to safety keep many from voting on election day or even registering to vote, since voter registration files are public.

Many survivors of domestic violence are highly motivated to vote. It is the one area in their life they control. Survivors are highly resilient individuals--often working, raising children, or going to school, and functioning under challenging life circumstances. Safety concerns mean they are always on guard. They think creatively and strategically about how to do any number of things we all take for granted.

Early voting is a lifeline to autonomy for victims of abuse. Many survivors living with a person who harms want to avoid voting on election day, because their partner prevents them from voting privately. And for many victims who have fled an abusive relationship, it is unsafe to vote on election day. Standing in line at the polling place exposes them to risk of running into the person who harms them.

Victims are rarely allowed to leave their house alone and often rely on a trusted friend to drop off their ballot, because a person who harms may have destroyed their ballot in the past. This bill allows only a family member or caregiver to drop off a ballot.

Shortening Iowa's early voting period from 29 days to eighteen days, as Republican lawmakers propose, would compound the barriers for all victims. For survivors enrolled in Iowa’s Safe at Home address confidentiality program, the 18-day window most likely would disenfranchise them entirely.

The Safe at Home program provides survivors of domestic violence, sexual assault, trafficking, stalking, or violent crimes a substitute address (P.O. Box) they can use to prevent their address from appearing in public records. Individuals do not enroll in this program lightly. Those who do have the most reason to fear for their safety and lives, so they accept some inconveniences to limit their risk of harm.

The Iowa Secretary of State's office administers the Safe at Home program. All first-class, legal, certified mail arrives at a substitute address and is forwarded to the participants’ confidential (physical) address. This results in a delay in mail that participants cannot control.

Safe At Home participants already have a shorter vote by mail window compared to other voters, due to the extra steps needed to protect their privacy and safety. The current 29-day time frame is already difficult to navigate, and the proposed 18-day time frame will likely be impossible. There are a lot of trade-offs to enrolling in this program. Losing the right to vote should never be one of them.

Supporters of this bill bristle at describing it as “voter suppression.” However, by definition, voter suppression means any law or strategy whose practical effect reduces voting by members of a targeted group. I suggest we call this proposal what it is.

Iowans should not have to risk their safety to vote. This unnecessary bill erects multiple, in some cases insurmountable barriers to voting safely for victims of domestic violence, most of whom are women, and disproportionately women of color.

All voters, including survivors of violence, need choices, not obstacles. In our work to end and prevent domestic violence, we strive to center the needs of the most marginalized survivor, because we believe addressing that person's needs increases the likelihood all survivors will benefit. This bill ignores the needs of many Iowa voters.

It only harms democracy if we make it harder to vote.

Editor's note from Laura Belin: When Iowa lawmakers enacted the Safe at Home voting program in 2015, early voting began 40 days before election day. The Republican-controlled legislature shortened the window to 29 days in 2017.

The Secretary of State's office declined to disclose how many Iowans cast ballots through the Safe At Home program for the 2016, 2018, or 2020 general elections, saying that information is confidential.