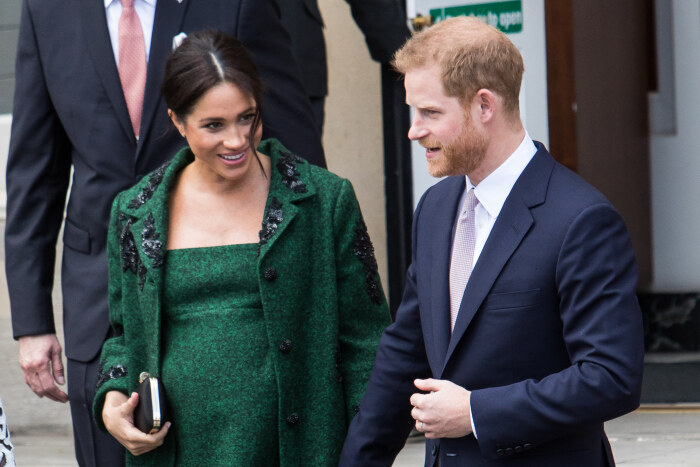 Meghan and Harry: Yes, we should care

Ira Lacher: The modern world has been shaped by the British monarchy, a white supremacist institution for centuries. -promoted by Laura Belin

Of Oprah Winfrey’s interview with Prince Henry and Duchess Meghan Markle on Sunday, which attracted 17 million viewers in the U.S., a letter writer opined in Tuesday’s New York Times: “Aww, they were mean to me, says one of the two privileged spoiled brats. Why should I care? Why do you?”

“Somebody didn’t read her rule book closely,” Kathleen Parker of The Washington Post criticized Meghan for speaking out against the British royal family.

Anna Pasternak, a biographer to the royals, told the BBC that the interview was “an exercise in torching the house of Windsor.”

So why should we care that a man who wouldn’t be king and his former-actress wife rebelled against the world’s most prestigious cocoon?

“The reason this isn’t a mere royal nonstory,” Patrik Freyne argued in The Irish Times, “is because it’s ultimately about race and gender and touches on a number of very real contemporary anxieties around fairness, equality and institutional bigotry.” He added that the interview made “the monarchy look like an archaic and endemically racist institution that has no place in the modern world. Well duh.”

The bigger reason we should care is the modern world has been shaped by that monarchy, an institution “rooted in colonialism, white supremacy, and racism,” accuses British activist and author Shola Mos-Shogbamimu, who is Black. “The legacy’s right there.”

Under the monarchy, Britain institutionalized the slave trade that was based on the despicable concept that Black Africans were inferior to white Christians. That also was the creed promulgated by the historically racist Church of England, which is headed by … the British monarch.

When Meghan and Harry revealed that members of the royal family had concerns about the possible skin color of their first child, and that the palace refused to offer security to the child and his parents, it acutely focused us on how hundreds of millions of people around the world have been placed in mortal danger because they didn’t correlate to the monarchy’s ideal of superiority, i.e., whiteness.

You may argue that the United Kingdom today is a democratic society, and that a democratic society takes its cues from the people. But we know this is never so. Societal attitudes solidify by dint of those who command power and exposure. Through much of the last four hundred years, in any land beneath the fluttering Union Jack, the British royal family has commanded that power and exposure.

You may argue that racism isn’t confined to those who rule by heredity; look at the past four years, as well as the administration of Woodrow Wilson, arguably the most overtly racist president in U.S. history.

But a racist president can be held accountable at the voting booth; short of violent revolution, the British monarch cannot. Indeed, the monarch is above the law in virtually every sense, and other members of the royal family enjoy many of the same privileges.

So when members of that family tell a combined 19 million people that racism pervades the institution that has shaped the world for hundreds of years, it makes the travails of a disaffected prince and duchess far more than an insignificant fairy tale run amuck. Oprah, Harry, and Meghan have raised our awareness that America and half the world were built on the historically racist games of a throne, a throne that deserves to be consigned to a museum.

Top image: Meghan Markle and Prince Harry leaving the Canada House in London on March 11, 2019 (while Meghan was pregnant with their first child, Archie). Photo by “Mr. Pics,” available via Shutterstock.